As part of our celebration of the 25th birthday of the Sir Tom Finney Stand, we caught up the manager at the time of its official opening, Gary Peters. 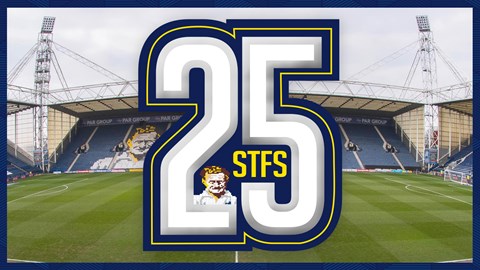 The former PNE boss, who took charge of the Lilywhites between 1994 and 1998, leading the club to the division three title in the season the stand fully opened, admitted it was a thrilling time to be in charge of the club and even at its early stages, it was helping the team… thanks to a future legend.

“It was exciting and it was also very different – sometimes you just had a fence on that side of the ground,” Gary told PNE.Com.

“The funny thing was, the stand was helping us before it was built!

“I remember an occasion when a ball got kicked over the fence, where the stand used to be, young Paul McKenna was a ball boy at the time and he got the ball in quickly and we took a throw in and scored a goal from it.

“He was sharp as anything, even at that age – that was the first big thing about the new stand going up.

“It was a big time to be there. I was lucky to be manager at the time when the effort was made to take the club up the leagues and I still have my fingers crossed that it can get right the way to the top. When Bryan Gray came in as chairman it really changed and a big part of that was developing the stand.”

Gary came in under John Beck and saw the old West Stand go and the new one spring up and he felt it gave the team a confidence that they were better than their opponents every week.

“It is a tremendous stadium,” he continued. “It was a great place to play, we won nearly every game at the ground that season. It was just a super place to be and it was great that the supporters, who had not celebrated anything for such a long time, were coming back and they were getting more space and a lovely stadium to watch in.

“We felt we were better than the teams we were going to play against; we felt that Preston was better than the league we were in and that it was going to go to another league and another one again. 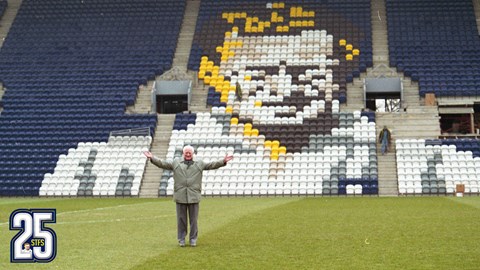 “We knew [promotion] was coming all through the season; we knew we were going to get there sooner or later and we wanted to take the club to the next level, so that when you do have a bigger ground you could fill it still.

“It was big plus that we were going to get the stand and it was something to really look forward to.”

One of the iconic features of the new stand was Sir Tom Finney’s face featuring in the seats and Gary didn’t just get to see him in the stand, he utilised his footballing mind every week: “He was an unbelievable person. I still have a massive picture of ‘the splash’ that he signed for me when I was manager.

“I used to get Sir Tom in every Friday before the games to have a chat about what I was going to do and he had some great information. He was never ever pushy, but I could chat with him and run things past him and he would sometimes say things that would trigger in my mind and I would change things.

“He was bright as anything when he came in and it was just an honour to sit in the same room as him.”

And now the stadium is complete, the 66-year-old hopes it can host the top teams on a regular basis once again: “It is something Preston deserves. It would be great for it to be a super club again, in the Premier League.

“It has the ground, the fans and the tradition to make that happen at some stage,” he added.