This weekend’s 18th match programme of the season sees recent returnee Greg Cunningham on the cover of the 84-page edition, on sale now.

Greg told The One And Only that he may be planning for life after football, but he wants another chance to show what he can do in the Premier League.

The Irishman returned to PNE in January until, initially, the end of the season after enjoying three successful campaigns at North End previously, including a Player of the Year win in 2016.

In his final campaign at Deepdale, 2018, he helped to take them to the brink of the Play-Offs, missing out by two points, before signing for Premier League Cardiff that summer.

It didn’t work out as he wanted at the Bluebirds and a cruciate knee ligament injury at Blackburn Rovers while on loan in 2019 started him looking ahead.

“Perhaps it’s naivety, but when you are young and come over to England to play football, like I did from Galway to Manchester City when I was 16, you just think you are going to make it even though it’s just a small percentage of players who actually do.

“You are sold a dream really, you come over with stars in your eyes, and luckily I was able to make my dream come true and have played professionally for 14 years.

“But even at that young age, even though I had faith in myself to make it as a professional, I knew how important education was and that’s why I chose City, as they were allowing me to carry on my education from Ireland and I could complete my Leavers Certificate, which is the equivalent to A-Levels.

“To be honest, studying gave me something to do that first year, it kept me focused as I was away from home for the first time and you can only watch so many box sets! It was important to keep busy and it worked for me.

“Obviously I carved a career out in football, but when I got the injury at Blackburn Rovers, I worked with their strength and conditioning coach Liam Mason and he told me about the Degree in Football Science and Rehabilitation at UCLan. 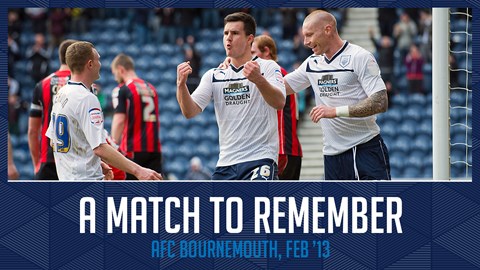 “Mark Leather is the head lecturer and I got in touch with him, it’s 14 months ago now, and I have been doing it ever since. It’s interesting. It especially helped in the early days when I was recovering, it gave me something to concentrate on and kept me distracted, although I had to get used to academic writing side of things!

“I have had a few bad injuries in my career – a leg break at Leicester when I was on loan from Manchester City aged around 20 and a ruptured tendon at Bristol City – so I have experienced and learnt about rehab.

“I finish my degree in August and I am also currently completing my UEFA B coaching badge as that’s another option. I definitely want to stay in sport once I do retire, probably back home in Ireland.

“But saying that I am only 30 and I feel I have got a lot left to prove on the football pitch.

“Mind you, when you sit next to Anthony Gordon in the changing rooms and he tells you it’s his 20th birthday and you start saying ‘I remember when I was 20…’ you do start feeling old!”

There’s loads more from Greg, plus interviews with Jordan Storey, Joe Garner, Daniel Iversen and Joe Rodwell-Grant in this latest programme, plus all the usual features and fantastic array of photographs.

You can order your copy now, to be delivered to your home, priced at £3.50 per issue, and we have all the other programmes available for back order, if you have any missing from your collection – click here now to buy yours.