Preston North End captain Alan Browne sat down to reflect on the permanent appointment of Frankie McAvoy as head coach, the retirement of Paul Gallagher and about his own summer plans. 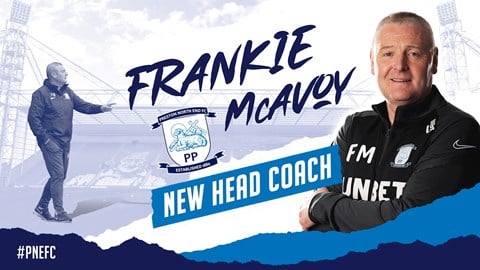 The 26-year-old Irish international midfielder completed another season with the Lilywhites, one where he signed a long-term extension to his contract, closed in on 300 games for the club and was appointed club skipper.

Speaking to PNE.Com he admitted that the decision to appoint Frankie into the top job had been warmly welcomed by the dressing room and he feels that the new season can be a fresh start for everyone.

“I think everyone is delighted – I’m hoping fans, as well as players and staff will be ecstatic as each other, because I think it is the right decision,” he told the club’s official website. “He deserves it; him and the coaching staff have been brilliant with us since Alex left.

“He has really stepped up and he has implemented his own ideas and styles on us, which the boys have really taken to. It has worked out really well and looking at the form we have been in since he took over, I don’t think anyone can argue with that.

“It is important when you take a job like this, that you try and implement your own ideas. You could easily follow suit and do the same things as before and get the same outcomes, but he changed a few things – nothing drastic, but he made a few tweaks and he had to make some hard decisions, because there were players knocking on his door.

“It was a fresh start for the players as well and they wanted to be involved and, to be fair to him, he is a real people person, he likes to please everyone, but he knew when he took this job, that you can’t do that and he was as honest as he possibly could be with us.

“I think he has a great relationship with all the players and everyone behind the scenes and for me it is the right decision and I hope that next year, us as players can go and be in the same form again. 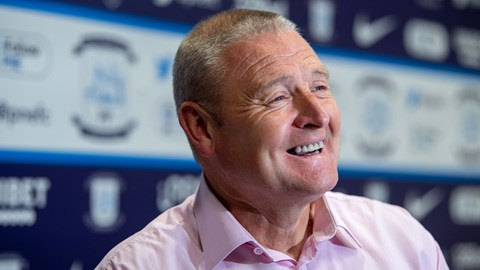 “Given how he first took over, it all happened really quickly, so he probably didn’t have a chance to think about it all, thinking about what he wanted to do. He can now put his feet up for a couple of weeks and then he will get back working and try and prepare as best he can for next season.

“He has already started trying to do that – he really wants this job, he loves the club, he loves the players and behind the scenes he gets on well with them and I think it will produce really good results.”

As someone who has lived in the city boundaries since his arrival in January 2014, the PNE No.8 feels that investment in the area, as well as the club, is something that will serve the head coach well: “For me personally, I took to the club from the first day and to the city and the sort of people I want to see at this club – players and staff – are those who are like that and who just love the club.

“In football you can find people go to places for really selfish reasons, but I think we have a lot of good people at this club and [Frankie] is at the top of that list.

“He is a great guy and an even better coach and next year you want everyone involved.

“Given the fans have been away for so long, everyone coming back is a fresh start off the back of a good end to the season – a bit of momentum.

“I think everyone can come together and hopefully try and create something really special and get that relationship back that gets you over the line in certain games and hopefully us as players can go and produce, as we have done.”

Of his near 300 games for the club, the majority of them have been in the same team as new first team coach Paul Gallagher and whilst Alan is disappointed to no longer share the pitch with Gally, he is delighted he is part of the new coaching set up and believes he will play a big part in the future.

“It is a sad day for the club and for football as a whole,” he continued. “He is such a fantastic player that I can’t even explain how good of a player he actually is. He is one of those that comes along once in your career and he is an even better guy off the pitch, a great family man and he is suited perfectly to this club.

“He has been here since my first day, the whole way through and to have played as many games as he has for our club, is a credit to him – I know he has played a lot more than that, but that alone is fantastic.

“For me to be reaching in on that same milestone is a fantastic achievement for me, but he is a credit to the club, to himself and to his family and I know that every single fan will be gutted to see him hang up his boots, but it is a new chapter for him and his family.

“He is a great person to have around and a great coach and I think, being fresh out of the game, because he hadn’t even finished when he went into his role, he is a fantastic link to have between the players and the staff. He understands and knows what the players need and want and I think we saw that in the training sessions. He tries to make it enjoyable – along with Frank and Tommo. They all have their own ideas, but he in particular knows what us players want; having played with us, he knows what makes sessions enjoyable and when you need to get down to the hard graft as well.

“I just wish him all the best in his role and I will be doing everything possible to make it enjoyable for him as well.

“Now that [Frankie and Gally] have got the job, you will see them kick and head every ball in the dug-out. There is a real passion for football inside of them and no more so than for this club.”

Back on himself, it has been a long two seasons for Browney, with becoming a regular for the Republic of Ireland as well and he admits that he is looking forward to the rest.

“This year more than ever I have needed a rest. I don’t think the international fixtures have helped my body – they always seem to come at the wrong times.

“It has been two years on the bounce that we have been playing football. When it stopped, we had to just carry on, as we didn’t know when we would be back – it could have been a week or it could have been a year, so it has been really tough going on the body, so I just want to get my feet up, take a break and come back in pre-season with some fresh legs,” he added.