Ched Looking To Carry Form Into Next Season

Ched Evans compared Preston North End’s end-of-season form to that of a side chasing automatic promotion, and said their task in pre-season will be carrying that upward trajectory into next term.

Ched Evans compared Preston North End’s end-of-season form to that of a side chasing automatic promotion, and said their task in pre-season will be carrying that upward trajectory into next term. 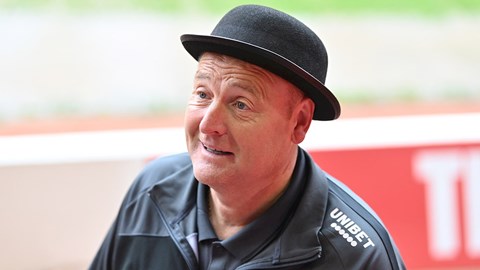 The January arrival from Fleetwood Town continued his own impressive run in the side by nodding back across goal to claim the assist for Liam Lindsay’s winning goal against Nottingham Forest on the final day of the season.

Speaking after the 2-1 win at the City Ground, the 32-year-old told iFollow PNE: “I thought first half it was a bit scruffy but I thought second half we turned it on and did well. It was good to get the win.

“It was a bit disappointing to not get on the scoresheet today to really enjoy myself. We got the win, which is good, a great end to the season, and I really enjoyed it.”

The striker said credit was due to interim head coach Frankie McAvoy for overseeing a dramatic change in fortunes in the last eight games, in which North End have accrued 17 points from a possible 24.

“I feel when a manager goes, a lot of stuff is up in the air and people have fresh starts and a chance again.

“I just feel everybody that’s been in the team has been playing consistently and deserved to play. Credit to Frankie and the staff to believe in them players that have been getting performances and winning games.

“If you look at the points we’ve accumulated over the last eight games, it’s automatic promotion form. It’s a great finish to the season and for us, it’ll be restarting pre-season and going again and finding the form we’ve hit towards the end of this season.” 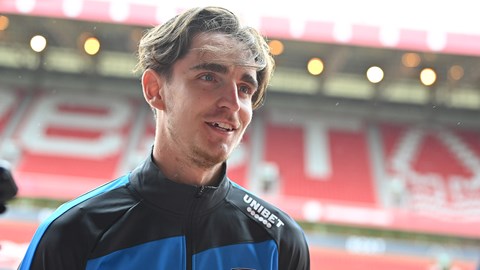 The Lilywhites’ No.26 also spoke of the team’s playing style and how the team have adapted to his game.

“I feel sometimes we get caught in between whether to play, or play long,” he continued.

“When we get caught in that transition, we’re a bit spread out and nothing really happens, which I feel like, first half, that’s kind of what happened – we’re not really set up to do anything.

On the pre-season return in the summer, Ched concluded: “There will be new players in and players out, it will be about resetting and finding the form we’ve found towards the end of the season.”