Frankie McAvoy said his players deserved ‘immense credit’ after triumphing against Barnsley with a 2-0 win in their final home game of the season.

Frankie McAvoy said his players deserved ‘immense credit’ after triumphing against Barnsley with a 2-0 win in their final home game of the season. 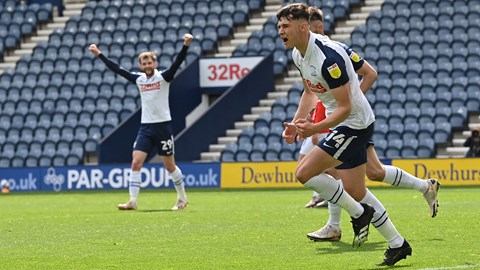 Jordan Storey and Ched Evans scored either side of half time to continue the Lilywhites’ fine run of form under the stewardship of the interim head coach.

Frankie was well aware of the difficulty of the task of facing the Tykes – who have already secured a place in the top six – and credited his players for overcoming that challenge.

“We knew it’d be a tough game; it’s no one for the purists, to be honest,” he told iFollow PNE. “Big, strong, aggressive team that have done fantastically well to finish in the top six with two games to go.

“And you knew, and we knew and we worked through it, I think we’ve got to give credit to the analyst boys. They put together a package to say, ‘Look, this is the way we think we can cause them issues.’ I’m absolutely delighted for them.

“I think the players deserve immense credit. That’s four clean sheets in a row. I’ve just been told that that’s the first time since 2015, so that’s fantastic for them, and 14 points; I can’t ask any more of them, they’ve been great and they deserve every plaudit that goes their way, so delighted for them.”

Both North End goals came from set pieces and Frankie admitted that had been an area of focus for his side when preparing for the game. 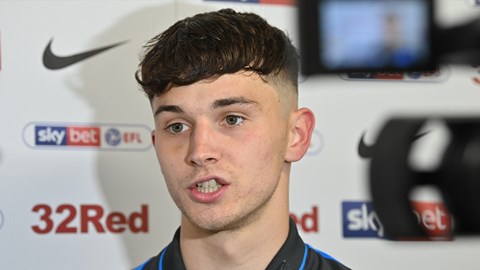 “We know that they’re a big threat in terms of  attacking them, but defensively, we thought we could hurt them with the personnel that we had. We worked hard yesterday on them. Tommy B’s arms will be sore tonight to be honest!

“The system that we’re playing, the 3-5-2, it gives us that opportunity to get the extra centre back [forward]. We can be a threat, we know that ourselves.

“We’ve had a bit of criticism in terms of the deliveries haven’t been great and we’ve not really given them great opportunities to go and attack the ball – I don’t think anybody could have a criticism today. Ryan’s deliveries, I thought they were great; they were on the money and it gave us something to go and attack. I’m delighted for them.”

The interim head coach has said his players have been determined to succeed which has led to their run of four wins in seven games.

“Continuity is a big thing. Obviously, speaking to the players, you’re thinking, ‘Do I change it up, do I fix it up?’ We’ve managed to maintain our status within the Championship.

“They’re a hungry group. They don’t want me to rest them or leave them out, they want to play and that’s been the difficult part for me for if I’m honest. They’re just desperate to do well. We put ourselves in a predicament we’re all part of it, that we probably didn’t perform as well as we probably should have.

“We’ve managed to get ourselves out of that, but that’s credit to them. They deserve that credit. One game to go now – that’s Barnsley, the game’s out of the way now – and we’ll just concentrate, give them a couple of days off, get them back in, and prepare as best we can and looking forwards to next Saturday.”