Joe Rodwell-Grant is full of pride at earning his first professional contract at the team he has grown up supporting.

Joe Rodwell-Grant is full of pride at earning his first professional contract at the team he has grown up supporting. 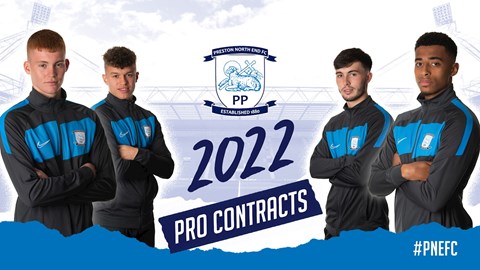 The striker says this was his dream as a youngster and now he is aiming to step up and make an impact at the next level.

Speaking to iFollow PNE the 18-year-old forward said: “It has been a long journey. I have been at the club since I was 11-years-old and I have worked my way through. I have been here about seven years and I have now earned a professional contract and I am over the moon with it.

“I have visioned myself earning a professional contract since I was little, especially at Preston North End, because I support the club. It is my hometown and I put the hard work in and now I have got here, but I need to reach new levels.

“All my mates are Preston fans, my dad is, all my family and sibling are, so it means a lot me to get my professional contract. All the way through school all the lads have talked to me about this and it is just a dream come true.” 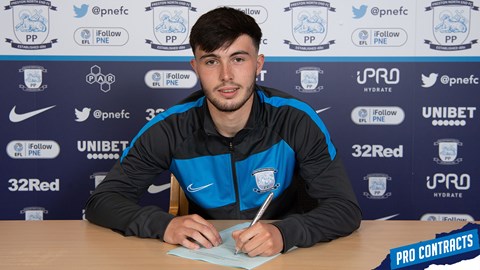 Joe has had a great opportunity to learn the importance of the game at a senior level with two loan moves this season and he feels it really made a difference for him.

“Coming back down to the U18s was really good, because I could bring things I had learnt from the men’s football down to youth team football and I really benefitted from that.

“When I was at Chorley it was intense and we needed to win, especially in the FA Cup, when I came on against York for 30 minutes, that was a really good experience, which you don’t really get in 18s football.” 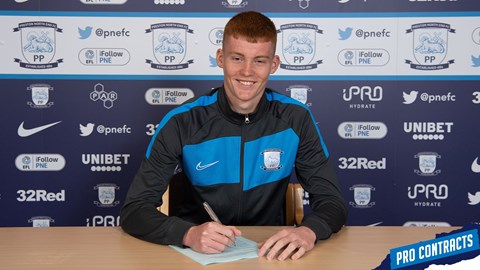 And with four players moving from the youth team ranks into the professional one, he Joe feels they can motivate one another and work hard to try and get in Frankie McAvoy’s plans.

“Me and Lew Coulton have been here since we were 11, Jacob has been here since he was 14 and Ollie was a late-comer, but we are still really tight as a group and we believe in one another and hopefully we can apply that when we train and get our chances.

“I have had a really good season, but now is the time to get my head down and work really hard and try and catch the manager’s eye when I get back into pre-season,” he added.