The tie in preparation for the 2021/22 campaign is the first friendly to be announced by the club, with the game kicking off at 5.30pm.

Celtic, who are currently without a manager, went into the 2020/21 season on the back of an unprecedented four consecutive treble wins and searching for a tenth successive league title, but were beaten to first place by Old Firm rivals Rangers.

Speaking about the friendly, head coach Frankie McAvoy said: “We've got the opportunity to go and play Celtic, so it’s obviously one that we’re looking forward to.

"This season they’ve probably not done as well as they would have hoped. They were going for that prestigious ten in a row and obviously Rangers stopped them doing that. 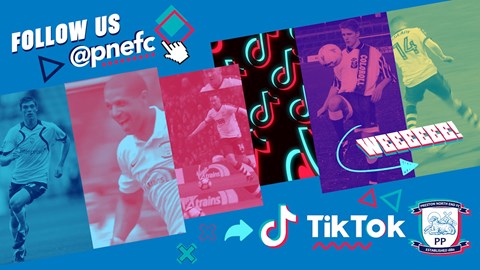 “But they’re used to playing in big, big games. European games, big cup finals, and they’ve done that for numerous seasons, so it’ll be great to put ourselves against a team who have played lots and lots in Europe.

“It’s a fantastic opportunity to play at Celtic Park; it’s a 60,000-seater stadium. It’s a fantastic football ground and it’ll be fantastic if supporters are allowed in and they can get that occasion going. It’s just a great opportunity for us and one we’re really looking forward to.”

Frankie visited Celtic Park many a time when he worked with Hamilton Academical, but more familiar with the surroundings will be forward Scott Sinclair, who spent a hugely successful three-and-a-half years with Celtic before joining PNE in January 2020.

Details on how supporters can follow the match, as well as other pre-season fixtures, will be announced in due course.