Over the coming weeks we will be taking a closer look at the former players who make up PNE's '300 Club' - those who have made over 300 appearances for the Lilywhites - and it is only fitting to start with Alan Kelly Senior on the 12th anniversary of his death.

Kelly Sr. is the proud holder of Preston North End’s Football League appearance record and it must be said that it would be difficult to find a more deserving player to have that honour.

Born in Dublin, he was spotted playing for the famous Irish club, Drumcondra, by North End and they signed him in April 1958 in a double deal, which also brought full back John O’Neill to Deepdale, for a bargain fee of £4,000 for the pair.

Kelly had already won an Irish Cup winners medal (1957) and an Irish championship medal (1958) and been capped for his country by the time he arrived at Preston.

The goalkeeper did not have the most auspicious of starts to his North End career and he had to wait for two years before he made his first team debut.

The consistency of Fred Else kept Kelly in the reserves, but then Else was injured before a fourth round FA Cup tie at Swansea on January 28th 1961, and Kelly was summoned.

It was a dramatic call for Kelly and, thanks mainly to a fan, he had to make a high-speed car dash from Preston to be there in time to make his debut. It was a bad day all round for both Kelly and PNE as second division Swansea beat first division PNE 2-1.

The goalkeeper made two other appearances that season, both of which would have made the North End fans wonder at the wisdom of signing the Irishman. A 5-1 defeat at Sheffield Wednesday in the game after the Swansea tie and then a 5-0 thrashing at eventual league and cup double winners Tottenham.

In the summer of 1961, after the Lilywhites had been relegated, Else decided to leave and the North End management showed their faith in Kelly and he was to keep goal throughout 1961/62. And all that after he had let in four more goals in his first game of that season! 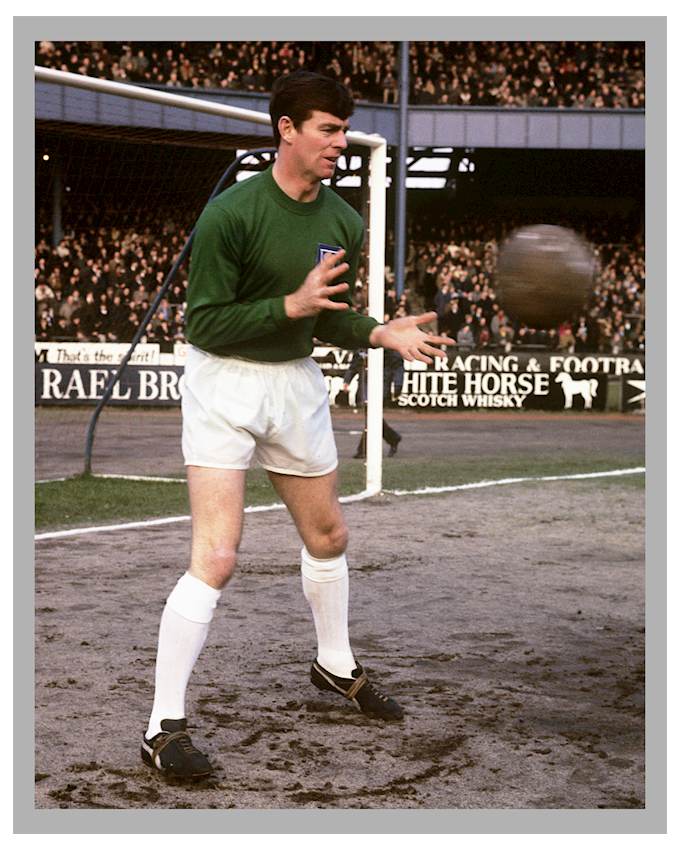 That poor start was soon forgotten, though, and Kelly went on to prove himself one of the most consistent and safe goalkeepers in the league over the next 11 years.

Kelly was a very brave keeper, although that sometimes brought him injuries, but time and time again he was the man of the match and his skills won many points for the club.

In the 1963/64 season, Kelly was outstanding as the club almost regained their division one place and also reached an FA Cup Final. They lost 3-2 to West Ham United at Wembley and many say that Kelly’s injury near the end cost PNE the game, as he appeared hampered when Ronnie Boyce scored the winner.

Kelly was the inaugural winner of the official Player of the Year trophy in 1966/67 and he won it again the following year.

On top of this, he was first choice for Eire and went on to win a record 47 caps, more than any other goalkeeper, before Pat Bonner beat his record. Mind you, Kelly’s early international appearances mirrored his first games for North End as the Irish lost 5-1 at Wembley to England and Kelly had a nightmare game. In the England side that day, playing one of his last games for his country, was Tom Finney, but he didn’t score.

As with North End, Kelly went on to become a top international player, even captaining the side against Russia when winning his 42nd cap.

In 1970/71 Kelly was again in superb form, as the Lilywhites won an outstanding third division title and he continued to play well back in the second division.

Then, on September 15th 1973, fate took a hand in Kelly’s career. North End were at home to Bristol City and leading by a goal to nil. Kelly bravely dived forward to save at the feet of Gerry Gow, but in doing so received a serious shoulder injury. He was carried off. The North End fans did not know it at the time, but that injury was to end Kelly’s career and he never played in goal for the club again. 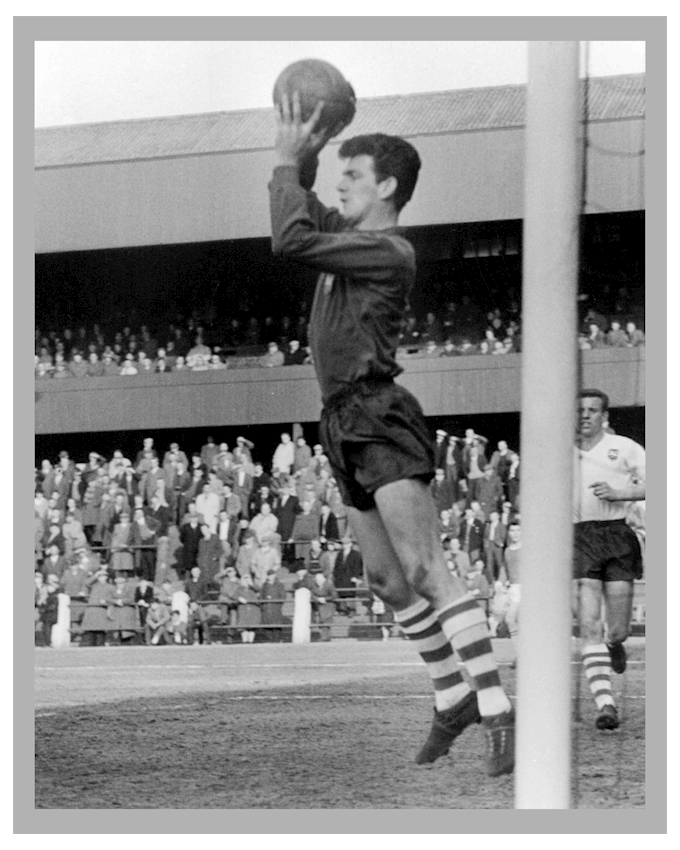 It was his 447th league game, five more than another goalkeeper, Peter McBride, who had held the record since 1912.

Although that was the end of Kelly’s playing career, it was far from being the end of his involvement at the club.

Over the next 11 years he held a variety of posts and it culminated in his appointment as manager in December 1983, having already had a couple of spells as caretaker.

Sadly, he was sacked as manager in April 1985, but even then the club refused to forget his contribution to North End.

When the Town End of the ground was rebuilt and a new stand was put in, it was named the Alan Kelly Town End in honour of a great player.

As well as all of this, Kelly produced three sons, two of which played in the Football League, Gary and Alan Junior, the latter of course playing for North End.

Both sons were goalkeepers and excellent players in their own right.

So, Alan Kelly Sr. ended his career with a host of records and memories, and at Preston North End they have a lasting monument to the greatest goalkeeper they ever had.

He lived and worked in America for several years and died there, in Rockville, Maryland on May 20th 2009.

He will never be forgotten at Deepdale, and is revered both sides of the Irish Sea.

Over the next few weeks, we will continue our look back at the other players within PNE's 300 Club on PNE.Com, so keep an eye on the website and follow our social media platforms to ensure you don't miss a thing.