While modern-day favourites such as Paul Gallagher and Paul Huntington have recently entered into PNE’s ‘300 Club’, you have to go a long way back to find the first man to be admitted into the group – Bob Holmes.

Over one hundred years ago, in the sporting world, Holmes' name was as revered then as Tom Finney’s is today.

Totally well respected, he did everything in football. He won the league, won the FA Cup, and captained club, country and the Football League. He later coached and trained various clubs as well as being a registered referee and linesman.

His playing career started off with local side Preston Olympic, prior to joining North End Reserves in 1884. He made his debut appearance with the first team at Wigan on March 30th 1885, in a midweek 5-0 win, quickly followed by another appearance on Good Friday versus Acton of London at Deepdale, which also resulted in a 5-0 win.

Over the next couple of seasons the young reserve full back managed 38 more appearances in the North End defensive ranks, including a 19-0 victory over Earlestown Wanderers.

Holmes, who sported a grand moustache, learnt so much from his captain, Nick Ross, who also played full back.

When Ross was persuaded to go to Everton in 1888, Holmes claimed the position for himself and he was to form a great defensive partnership with fellow Prestonian, Bob Howarth.

By the time the inaugural Football League season kicked off in September 1888, Holmes had already played in a losing FA Cup final, represented Lancashire and had been capped by England.

Well over a decade later, he had amassed 295 league appearances for the club, scoring one single goal in his distinguished career.

North End kept his registration as an amateur and, as such, he played another five games to reach the 300 mark - the first North Ender to do so. He proudly represented England on seven occasions; his last three were as captain. 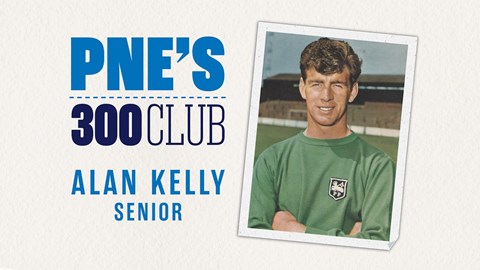 In fact, during his final international match, versus Ireland in 1894, he was injured and consequently missed three league games for North End.

He became a publican in the Preston area. At the end of April 1900 he played for an ‘Old Invincibles’ team against the then current Preston team in George Drummond’s testimonial match and he actually scored again in a 3-1 win.

His own benefit match had been held on November 4th 1895, in a friendly against Liverpool.

Holmes became President of the Preston & District Amateur League in April 1903 and began coaching at a few public schools such as Stoneyhurst College near Preston, and St. Vincent’s College in Castleknock, Dublin.

At the weekends, he travelled back to England to officiate in games as either referee or linesman.

As previously mentioned, he was highly respected within the game, and he played a major part in the foundation of the original Association Footballers Union.

Bob, who lived on Deepdale Road, close to the football ground, became the trainer at Blackburn Rovers and kept the post for nigh on eight years, resigning at the end of October 1913.

There's plenty more of the '300 Club' who we will be taking a closer look at in the coming weeks on PNE.Com, so make sure to keep an eye on the website.