We've recently been profiling players to have featured 300+ times for Preston North End, and our latest edition of the '300 Club' focuses on the late Tony Singleton.

The red-haired Prestonian was originally spotted by PNE playing as a junior for West Lancashire League side Whittingham.

After signing for the Deepdale outfit, he went on to become a loyal one-club man who gave sterling service for 15 years.

He worked his way through the junior teams at the club before signing as a part-time professional in May 1955, and then had to do his stint of National Service before signing full-time for North End after his demob in 1957.

By now Singleton was 21, but he still had to wait another three years before making his breakthrough into the first team.

He certainly had an eventful debut when it did finally happen. PNE had lost their first three games of the 1960/61 season and manager Cliff Britton decided to make several changes to the side for the visit of Arsenal on August 30th 1960.

Singleton was brought in at centre half with two other players, Alan Spavin and Peter Thompson, who also made their debuts that day.

The commanding number five had an excellent opening half but right on the half-time whistle he suffered an injury to his ribs and had to be taken off to hospital for X-rays.

North End’s ten men – no substitutes in those days remember – carried on, and not only kept a clean sheet but also scored two goals in the last 15 minutes to record a famous victory.

Thankfully Singleton’s X-rays revealed only bruising and he kept his place in the team for the rest of that eventful season. 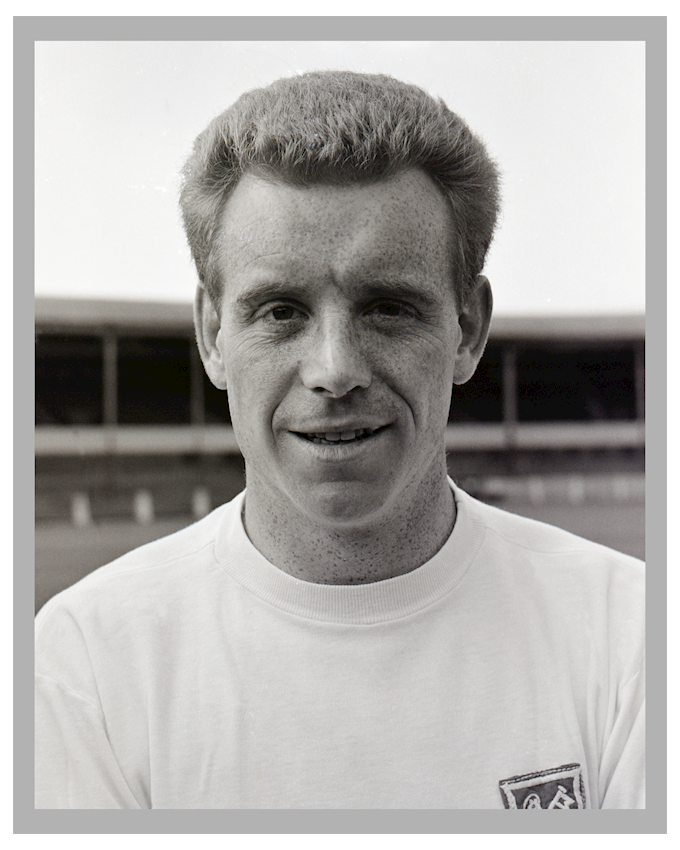 Sadly, PNE finished bottom of Division One at the end of that campaign, but only four teams conceded fewer goals than North End, so defensively there was little problem.

Singleton was very much the centre half in the old fashioned mould: ‘if in doubt, hoof it out!’ But he was fit and strong, and was brilliant in the air.

He rarely ventured forward, especially as he had Alex Dawson in front of him for much of his time at Deepdale.

Having said that, Singleton will always be remembered for a specific goal, one of only two he scored in his career. He played a huge part in PNE’s brilliant season of 1963/64 when the club so nearly won their first division place back and, of course, he helped the club reach an FA Cup final at Wembley.

When the semi-final was played against Swansea at Villa Park, Singleton chose that moment to score his first ever goal for the Lilywhites. He was stood just inside the opposition half when the ball ran towards him. 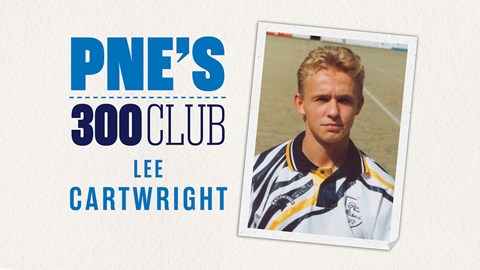 He just hit it forward as hard as he could from fully 40 yards and, to his and everyone else’s amazement, it flew over goalkeeper Noel Dwyer and dropped into the net.

PNE went on to win that match and, in the final at Wembley against West Ham, Singleton put in a fine performance against Geoff Hurst and company.

Funnily enough the only other goal he scored also came in the FA Cup – a sixth round replay at Old Trafford against Manchester United in March 1966. Alas, this time his goal was not enough as United won 3-1.

He continued to give unstinting service to North End until just before Christmas 1967 when he made his last appearance, at Blackpool in a 4-1 defeat.

In 1968 he decided to emigrate to the USA and his contract at Deepdale was cancelled.

He did actually play some more football in the States, turning out for the New York Generals, but he later moved to California where he settled.

He made well over 300 appearances for North End, all of which came in the number five shirt. He was one of those players whose dedication and consistency put him right up there as one of PNE’s greatest post-war defenders.