As we continue with our series of Quick-Fire Questions, the next player to be put under the spotlight is Scott Sinclair.

Over the course of the past season, we’ve been catching up with members of the squad to learn more about their journeys into football and their careers so far.

Scott has had a very successful career to this point, making almost 500 appearances in club football since his debut back in 2004 and he’s picked up several trophies along the way, so we asked him about his history in the game.

It was watching a big tournament, either the World Cup or Euros, and all the family coming around to watch England games together.

My dad played semi-pro so I used to go and watch him.

PE, of course. I was quite good at cross-country and ran for the inter-schools. I wasn’t too bad at maths either. 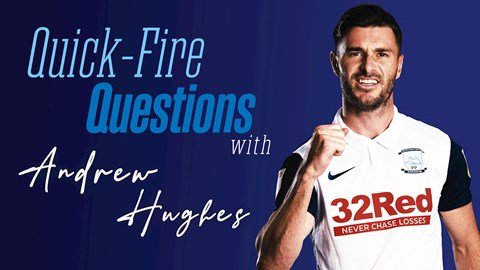 How did you become a frontman?

I was always a striker as a youngster as I just wanted to score goals. When I got older and went to Chelsea, I got moved out wide.

I got an Arsenal one for my birthday. My dad was a Gunner but my uncle was a massive Man United fan and he made me take it back and swap it for a Man U shirt!

I was a Man United fan through my uncle, but I also loved watching Thierry Henry, so I did enjoy watching Arsenal.

When I was at Chelsea, I had a lot of loans. Some worked out, some didn’t, but I needed to go out and play first team/men’s football at the time. It wasn’t just for the physical side but for the mental side as well. It was hard, though, as every other season I was somewhere different.

I was 15 and it was for Bristol Rovers against Leyton Orient. I came on for the last five/ten minutes and I wasn’t nervous, I was buzzing. It was odd as I had to go to school on Monday! 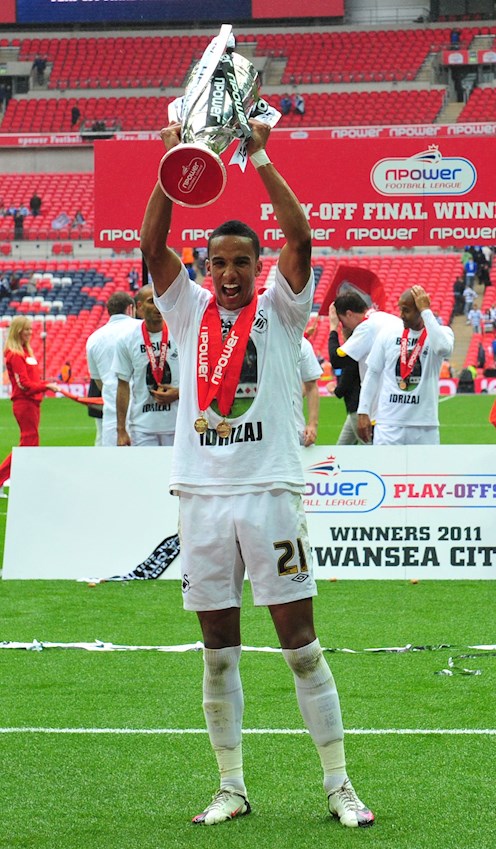 I have two: scoring a hat-trick for Swansea in the Play-Off final and doing the treble treble with Celtic.

What was your initiation song? Was it good?

I have done this a lot – it was tough as a teenager but it doesn’t worry me anymore. I have got R Kelly’s ‘I believe I can fly’ down to a tee!

It was from my parents. It wasn’t specific, it was more they were always there for me. Football is not always great, but they supported me or picked me up if needed.

What advice would you give to young players?

Perseverance – never give up and keep going.

Which player/coach has helped you most in your career?

Brendan Rodgers. He was my youth team coach at Chelsea and took me to Swansea and Celtic.

No idea at all – something in sport.

More Quick-Fire Questions will be on their way in the coming days, so be sure to keep an eye on PNE.Com and on our social media channels.