Ali McCann felt Preston North End’s second half display against Fulham could have warranted all three points as Ched Evans’ second half equaliser forced a 1-1 draw against the league leaders at Deepdale.

Ali McCann felt Preston North End’s second half display against Fulham could have warranted all three points as Ched Evans’ second half equaliser forced a 1-1 draw against the league leaders at Deepdale. 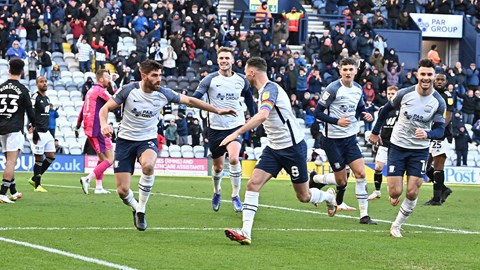 Marco Silva’s side had the lead at the break through Tim Ream’s goal inside a quarter of an hour, but the Lilywhites responded well in the second half, drawing level through Evans midway through the closing 45 minutes.

McCann – Sky Sports’ Man of the Match in front of their live cameras – was pleased with the second half performance and is now looking for such displays to become a more consistent feature of the Lilywhites’ game.

“We thought coming into this game, we’ve mixed it with teams at the top of the table quite a few times this season, so we thought we’d go and attack it like we did there and came away with a very deserved point,” said the Northern Ireland international.

“First half, we didn’t get into a rhythm, didn’t affect the game enough, and second half I thought we were the better team and probably could have come away with all three points.

“I think we knew ourselves we needed to be a bit more aggressive and a bit braver on the ball.  As it turned out, we did that and we were a lot better in the second half.

On winning the Man of the Match award, he continued: “It’s great for me. The more games I play here, the more comfortable I feel.

“I’m just enjoying my time here but it just makes it better when the results are going your way. We just need to add a bit of consistency to our game and then we’ll be going up the table.”

The 21-year-old had praise for two of his team-mates in particular at opposite ends of the pitch – with striker Ched Evans coming off the bench to score an equalising goal for the second time this week, while at the other end, Liam Lindsay performed admirably against the division’s top scorer, Alexsander Mitrovic. 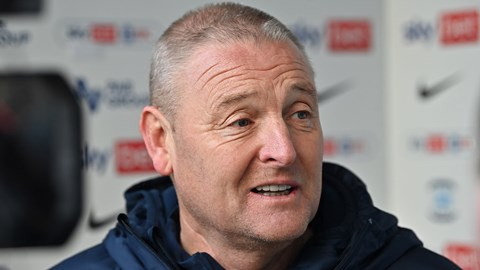 He added: “[Ched] has been brilliant, you saw that midweek the way he changed the game, and then today he puts himself about. He’s a nightmare for other teams to deal with and he adds another dimension to our play.

“He chips in with another goal which is great for him after a wee time out. You can see the value he brings to the team, it’s just great for us and hopefully his scoring run continues.

“We know how good a team Fulham are, Liam Lindsay’s come into the team today, he’s kept Mitrovic really quiet, he’s been brilliant.

“Alongside him, they have quality throughout their team, so we knew we had to be at our game and I thought we were for the majority of it. We could have come away with three points.”

The midfielder feels the squad can now benefit from a rare free midweek before their next game, with a Lancashire derby away at Blackburn Rovers in store next Saturday.

“It’s the first week in a while we’ve not had a midweek game, so it’s a good result to finish the week on after the win midweek. It’s stuff to build on but as I said before, we just need to string a few results together and get that consistency, and I’m sure we’ll be looking up rather than down.

“The games have been coming thick and fast. I think this is the first week I’ve been here, apart from internationals, where we’ve not had a midweek game. The lads are quite looking forward to getting our legs again and then we’ll be back next week and going again against Blackburn.

“No complaints, we’ve got the full week to get right for it. If we go there with the intensity we played with in the first half, I’m sure we can go there and get a good result.”