Twelve months ago, Patrick Bauer scored what proved to the winning goal at the Vitality Stadium, but then suffered a ruptured Achilles that ruled him out of the game for the remainder of the season.

Twelve months ago, Patrick Bauer scored what proved to be the winning goal at the Vitality Stadium, but then suffered a ruptured Achilles that ruled him out for the remainder of the season. 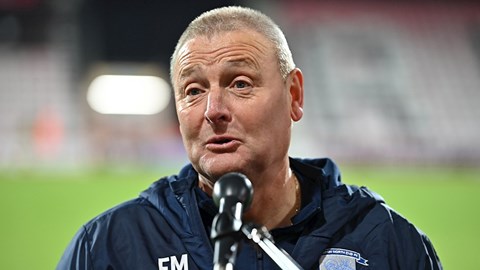 So, to pick up a win on his return to the south coast with the Lilywhites, certainly put those memories to bed, as goals from Ben Whiteman and Ali McCann gave Frankie McAvoy’s men a 2-1 victory over Scott Parker’s previously unbeaten AFC Bournemouth.

The German defender put in a tremendous performance at the heart of the PNE backline and he admitted that his return to the Cherries’ home brought back the incident of December 2020.

“When I entered the stadium, memories came up and I thought about the last time I came here and had a bad injury, but I think that the boys played brilliantly today,” he told iFollow PNE after the game.

“We came to the league leaders, who were unbeaten and everyone was outstanding and it was a fully deserved three points.

“We had a look at their stats and after 15 games they had the highest points tally the Championship has seen, so that shows how well they have done and the boys did outstandingly well and we are pleased to come away with the three points.”

McCann’s first goal for the club proved the match-winner and the No.5 thought there were two superb finishes, that left the dressing room a buoyant place.

“It is a really good atmosphere in the changing room,” he continued. “Last year we won as well, but this year it was something special and hopefully we can keep going.

“It was a great finish. I though both goals were quite similar and we are just buzzing with the three points.”

The Bournemouth equaliser was an unfortunate one, coming off the centre half but he felt the reaction to that showed what the group are capable of: “It deflected a little bit and it was unfortunate, but thankfully we got another goal and earned ourselves the three points.

“It shows our character; we always believe in ourselves. We knew before the game that they were a good side, but we also knew that if we were on it, we could win the game and we are very happy about it.”

The support from over 300 fans who had made the long trip to the south coast was fantastic on the night and Pat paid tribute to them: “It was just outstanding – it was a long trip for everyone and it was great to see them here supporting us and they made a difference again.

“We had to show our appreciation because it is not easy to come all the way down here on a cold Wednesday night and, hopefully, they have safe travels back. After a win, the journey back always feels better.” 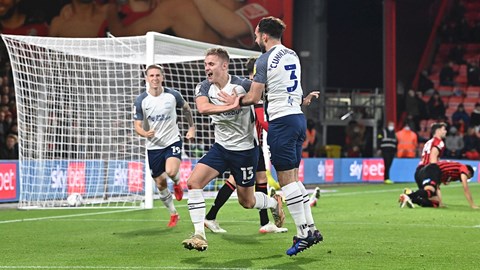 And now, with another away game before the international break, the former Charlton man hopes the win can be a platform to build from.

“This could be the start of a run. At the start of the season, we weren’t far off it, but I thought in those games we could have got more wins, but hopefully we can now get a run,” he added.