The Reds come to Deepdale midweek for a 7.45pm kick-off following an impressive 5-0 victory over rivals Manchester United on Sunday afternoon.

While manager Jurgen Klopp is expected to make changes to personnel given it’s cup competition, Frankie is aware of the threats everybody in their squad possesses.

He told iFollow PNE: “It doesn’t matter who they put on the pitch, it’s going to be a formidable game.

“They’re one of the biggest clubs in the world. [They have a] fantastic history about them and at the moment they’ve probably got one of the top coaches in the world. I don’t think there’s any questions or doubt about that.

“They’re magnificent. You watch them, they pass, they move, their front three are electric, and even the ones who don’t get a game for them at the moment are fantastic players.

“You just need to look at the last round where they went with what people say is a second string and they turned over Norwich 3-0 at Norwich, so we know the task that we’re facing. It’s a monumental task.

“Nobody’s probably giving us any hope at all for us to get anything out of the game, but you never know what can happen. It’s a cup competition and we’ll go and we’ll give our utmost.

“I think it’s a fantastic occasion for Preston supporters to come and enjoy, and you might never get an opportunity [again] to play against arguably one of the top three clubs in world football at the moment. I’m really looking forward to it to be honest.”

Tickets for the game are extremely close to selling out in all stands now so it will be a packed Deepdale watching on as the two sides go head to head looking for a place in the quarter-finals of the competition.

Frankie feels his side need to do more on big occasions like these, though, given the performances in certain games so far this season.

Frankie said: “The first game against Hull, the situation with Mr Hemmings at the Derby game and obviously the derby game on Saturday, they’re the three bigger games that we’ve been involved in.

“Unfortunately we’ve come out not doing too well in each of those games so we’ll be mindful of that. We’ll speak about that and we’ll try and make sure we’ll produce a better performance than we have done in those games.

“I think that’s the most important thing going forward, and what we’ll do is prepare them as best as we can. We’ve got Monday, Tuesday, we’ll do our utmost with them.

After the weekend’s defeat at Bloomfield Road, the head coach admitted the performance was not good enough, and he reflected more on the game this morning.

“I’ve watched it back a few times,” he said. “It was key moments in the game [that lost us the game], they took their opportunities and chances when they came their way, and unfortunately in the big moments for us we weren’t clinical enough.

“We didn’t defend well enough in those critical moments. Over the piece, Blackpool won the game 2-0. They deserved to win it, they put the ball in the back of the net when we didn’t.

“I’m bitterly disappointed with the outcome of the game and I wish we could turn the clock back, but unfortunately we can’t. What we need to do is do our utmost to try and rectify it as best as we can and get better going forward. That’s our task now.” 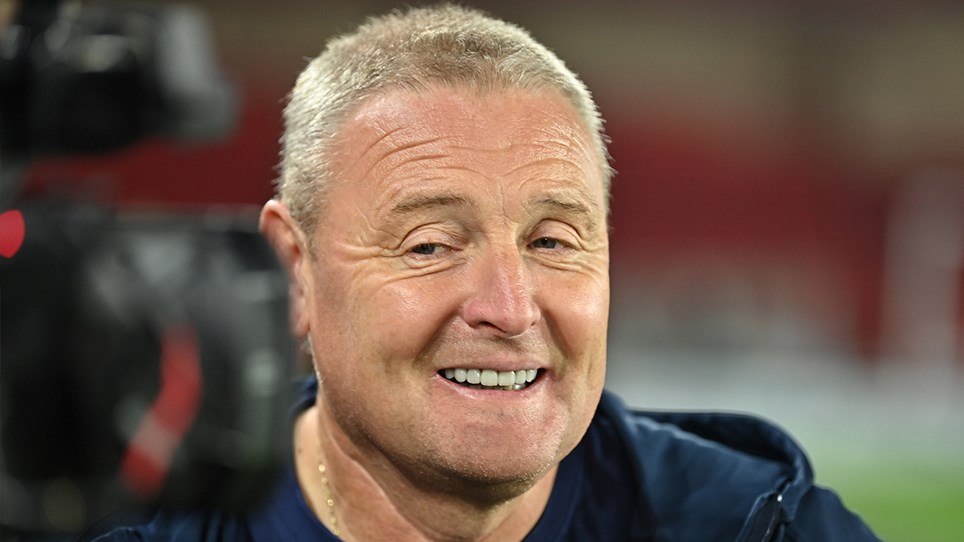 
Head coach Frankie McAvoy felt the last-minute equaliser against Sheffield United was “justice” as his side earned a deserved point.