Preston North End will be celebrating the life of Mr Trevor Hemmings CVO this weekend when Derby County come to Deepdale.

Tickets for Saturday’s game are priced at just £5 for all so that as many supporters as possible can attend to show their thanks to our owner Mr Trevor Hemmings, who sadly passed away on Monday evening.

All gate receipts will be donated to charities supported by Mr Hemmings, and those who have already purchased tickets have the option to leave their money in, 100 per cent of which would be donated, or supporters can opt for a cash refund of the difference in price of ticket according to what they paid. Please note that any refund requests must be made before the day of the game. 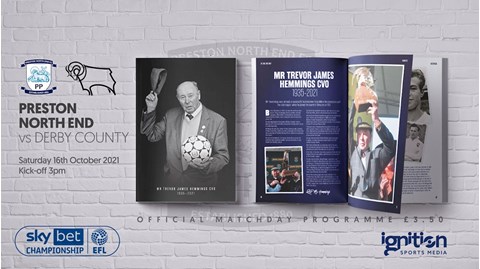 Elsewhere, our fan zone will once again be open this weekend, with a special new addition for Saturday seeing The Terrace join us.

Supporters can also get their hands on a very special matchday programme which features a selection of tributes which have been made to Mr Hemmings in the past few days, from a huge spectrum of people across different generations, from current players and those who used to represent PNE to those involved in horse racing and even HRH The Princess Royal.

Frankie McAvoy said he was hopeful Sean Maguire will be available to him this weekend after he left the pitch early in the last game against Queens Park Rangers.

Patrick Bauer and Ali McCann were also substituted off through injury that afternoon, with the German defender fit to feature on Saturday, while McCann won't be in contention.

Tom Barkhuizen will be hoping to feature in league action for the first time since the opening day of the Championship campaign, but Matthew Olosunde and Ched Evans will miss out.

While Derby County arrive bottom of the league, that’s certainly not the full story.

The Rams’ off-the-field problems led to a 12-point deduction, but they’ve worked themselves into positive digits, currently sitting on two points, seven short of safety at the moment.

They've come through some tricky games unscathed so far this term, taking a point from West Brom and beating Stoke City within four days of each other in September.

Derby’s games this season have featured fewer goals than any other team in the Championship, with just 15 in their matches, seven of which were scored by the Rams.

They’ve very much shared those goals between their side so far this campaign, with six different scorers, the highest of those being defender Curtis Davies with two.

North End are looking for a fourth consecutive victory over Derby for the first time since 1892 when the Lilywhites won six in a row against their East Midlands opposition.

North End were 3-0 victors last time they faced the Rams, back in April 2021 in front of an empty Deepdale.

Ben Whiteman opened the scoring with his first goal for the club, heading home Alan Browne’s cross from the right.

Goals from Ched Evans and Ryan Ledson in the second half then sealed the three points for Frankie McAvoy’s side in his fifth game in temporary charge. 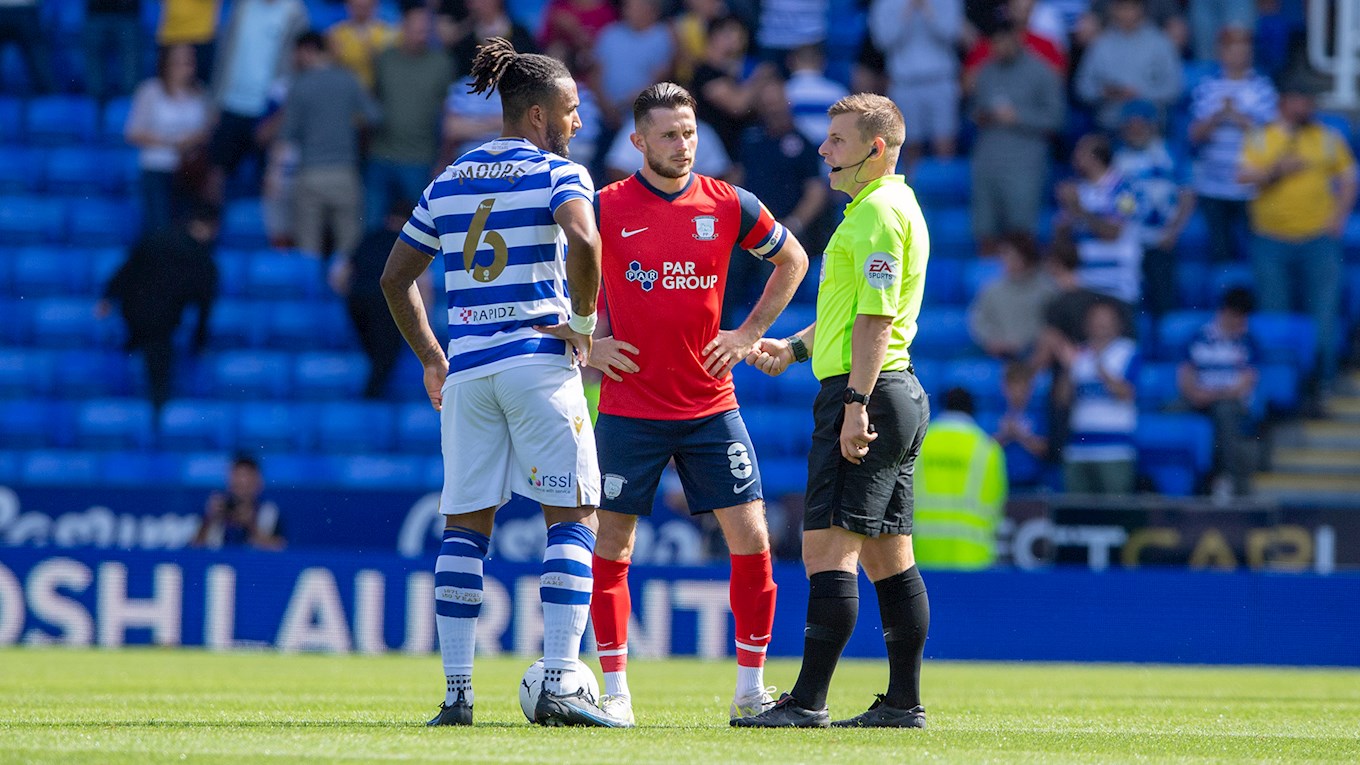 Josh Smith will referee his second PNE game of the season this weekend.

Smith, whose first campaign in the Football League came in 2019/20, took charge of North End’s 2-1 defeat away to Reading in August 2021.

He has overseen 11 matches so far this campaign, most recently refereeing the all-Lancashire clash between Blackpool and Blackburn on 2nd October.