Preston North End will pay their respects to all servicemen and women as part of their Remembrance Day activities at Saturday’s home game against Luton Town. 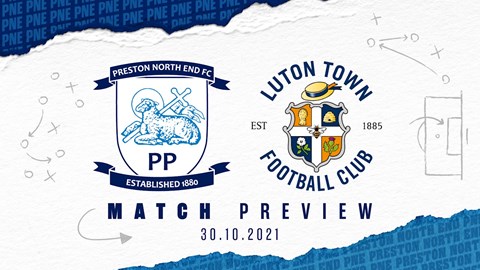 The fixture, the club’s last home game before Remembrance Day, will see the players all wear poppies on their shirts, with a minute’s silence held before the game, as well as The Last Post being played by a serviceman at pitchside, who will be accompanied by other current serving and former military personnel from the Duke of Lancaster's Regiment.

At half-time of the game, children of military personnel from Fulwood Barracks will take part in a penalty shootout on the Deepdale pitch, while Preston North End Community And Education Trust have also awarded 50 free tickets to local organisations which support veterans.

PNE, as well as other clubs in the UK, continue to show their support for the Armed Forces community, with all players bearing the poppy on their shirts and those match-worn shirts will be made available to purchase in a live auction straight from kick-off, with proceeds going to the Royal British Legion.

The poppy is the enduring symbol of remembrance for those who have made the ultimate sacrifice for our country and also for those who continue to defend and improve our way of life today. This resilient flower flourished in the midst of destruction, becoming a symbol of hope and a peaceful future.

To celebrate this milestone, fans will have the opportunity to bid on an additional range of exclusive prizes that have been kindly made available by the Royal British Legion’s partners and ambassadors.

If you're interested, click here and don’t miss this opportunity to own a unique piece of memorabilia whilst supporting the Royal British Legion’s vital work - and remember every poppy counts!

The auction for the North End shirts ends on 20th November at 2pm (if a new bid comes in the last 15 minutes, the auction clock for that product will be set back to 15 minutes to always allow the second-placed bidder to consider placing a new bid).

Bid Here After 3pm On Saturday