Preston North End U19s forward Vaughn Green described scoring in his side’s 7-0 win over Fleetwood on his return from injury as ‘unbelievable.’

The 17-year-old had spent the past six months on the sidelines and was brought on for the second half at Poolfoot Farm. 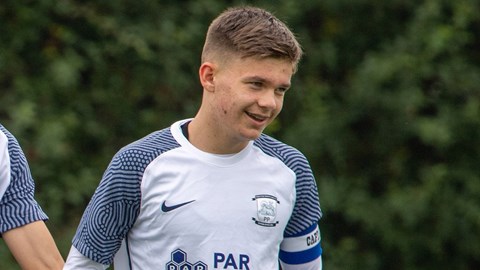 The forward marked his return with the final goal of the match on 82 minutes, a fierce strike that skimmed off the post on its way past the Fleetwood goalkeeper at his near post.

Green admitted his mind had been solely focused on goals from the moment he was substituted on.

He said: “I came thinking ‘I need to get a goal’ because as soon as you get one, you get a few. It was unbelievable.”

However, the second-year scholar admitted he was eager to get a goal during the match to kickstart his campaign, and felt on some occasions he could have opted to play in one of his teammates.

“If I was to reflect on my own performance,” said Green, “I probably could’ve whipped a few more balls into the box but I thought ‘You know what, I need some goals, I need to set myself, get myself going and kick on for the season,’ so I thought I’d be a bit selfish.”

“I thought the team performance was excellent, we kept the ball well. A clean sheet is what we needed and we’ve not had a lot of goals this season so hopefully this result can help us kick on.”