Browne Wants To Put Blades To The Sword

Skipper Alan Browne said he and his team-mates will be looking to put Sheffield United “to the sword” in Tuesday night’s Championship clash.

Skipper Alan Browne said he and his team-mates will be looking to put Sheffield United “to the sword” in Tuesday night’s Championship clash.

The Blades, relegated from the Premier League last season, went into the new campaign as one of the favourites for promotion, but only claimed their first victory at the weekend and in some style too, winning 6-2 against Peterborough United.

Speaking to iFollow, Browney joked: “It’s a good time for them to get six though! They’ve had a really poor start, but if you look at their team on paper it’s got quality throughout it.

“They’ve obviously been in the Premier League for a couple of seasons so they’ll be wanting to get back there and I’m sure they’ll be up there come the end of the season. 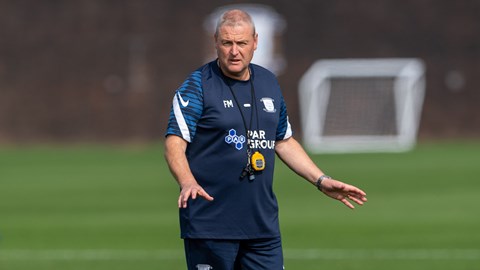 “We’ve got to make sure their poor start to the season continues tomorrow and put them to the sword. They got six at the weekend but before that they would have been lacking a lot of confidence and we need to add to that.”

PNE’s No.8 returned to action at the weekend after missing the last three games due to Covid isolation.

Within that period, North End picked up three wins, including the two Championship victories at Deepdale against Peterborough and Swansea.

“I think they won every game that I’ve been missing so I think that says a lot,” he laughed. “But the boys have been brilliant, they got some brilliant results and wins that we needed.

“We needed to dig deep and get something because obviously it was a bad start, and they’ve done brilliantly since I’ve been out so long may that continue.

“It was good just to be back amongst it [against Bristol City]. I knew I probably wouldn’t play given the form of the boys and the results that they got, so it was good just to come off the bench and make an appearance.”

When Browney returned from international duty, there were two new faces to welcome into the dressing room, with Josh Murphy and Ali McCann joining the club.

Speaking firstly about McCann, Alan said: “He’s looked good in training so far. He’s lively, he’s energetic, wins the ball and he’s a good lad as well so I’m sure he’ll be a good addition, and hopefully we’ll see more of him as time goes on.

“I think our squad’s pretty big anyway but you can always build on quality rather than quantity. 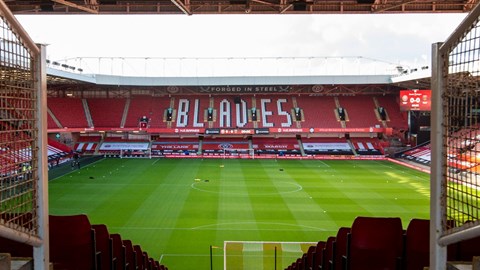 “I think the boys have a lot of quality in them. Josh obviously had Premier League experience as well, so for him he’ll probably be itching to get back there and hopefully he can help us do that.”

Both Murphy and McCann made their debut for the club in the draw against Bristol City, a game which saw PNE go four unbeaten.

The game against Sheffield United is an opportunity to make that five heading into a home match at Deepdale against current leaders West Brom on Saturday.

Browney said: “It’d be brilliant [to go five unbeaten]. It’s tough to put an unbeaten run together in this league and hopefully we can add to the performances as well as results come tomorrow night.

“I think the weekend was a good point away from home. I think on another day we take all three, but as the season goes on, it’ll look like a good point.

“Again tomorrow night, we’re away from home so I think if we’re solid at the back and can maybe put them away at the other end, we’ll stand a good chance.”

Hear more from Browney about his international break and potentially coming up against Ben Davies tomorrow night on his full interview with iFollow PNE.