Frankie McAvoy thought the goalless draw against Bristol City was a fair result based on the momentum swings during the game.

Preston North End’s head coach felt there were periods of the match at Ashton Gate where his side were well on top, and created chances to match their good work.

But equally the hosts had good spells in the game themselves, and so he felt a point at the end is probably what each side deserved.

“I thought the game flipped momentum at times,” said Frankie, in his post-match interview with iFollow PNE.

“I thought we started really, really well, really brightly, but sort of lost our way a wee bit in the middle of the first half.

“But we then came really strong at the end of the first half. Then they started well at the start of the second half and then we found our way into it, and again there was good opportunities and chances at both ends. 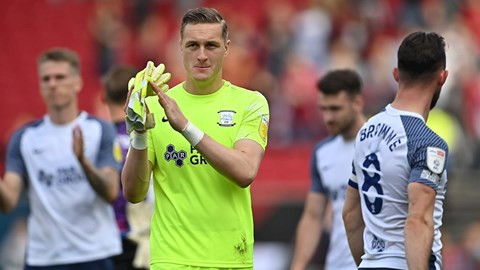 “I think Daniel [Iversen] makes a couple of good saves as well so over the piece 0-0 is probably a fair result.”

Arguably PNE's best period of the game came at the end of the first half, where Sean Maguire smashed an effort against the crossbar, while Ben Whiteman also came close.

Those chances ultimately didn’t result in a goal to break the deadlock in Bristol and Frankie felt on another day that could have swung the game in his side’s favour.

He said: “I think that’s how the Championship works. You get opportunities and chances, you get momentum swings, so it’s really important when you’re on top that you try and capitalise.

“Unfortunately today it didn’t go our way. Obviously we make the changes late on, with 16 or 17 minutes to go, I try and freshen them up to get us more legs and more energy for the last part of the game.

“I thought the lads that started did really well again for us, but I just wanted to try and change it to see if we can try and change the momentum of the game a bit and get the goal, and unfortunately it didn’t work out but on another day it might have.

“For me, I’m not too disappointed with a point and a clean sheet and it’s onwards and upwards to the next game which is Sheffield United on Tuesday night.” 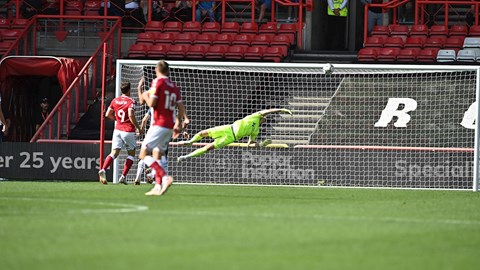 The changes Frankie made saw captain Alan Browne come off the bench, while deadline day signings Ali McCann and Josh Murphy also came on to make their debuts for the club.

Speaking firstly about McCann, Frankie said: “I wanted to try and give him a flavour for it and see how it went. He just needs to take a wee bit of time to adjust to get up to the speed of how we want to do things, how we want to play.

“Josh you can see has got real pace, we just [need to work on] getting him in to the areas we hope we can get him in where he can damage the opposition.

“When we made the changes, we’re bringing in two international players in Alan Browne, Republic of Ireland, and Ali McCann, Northern Ireland, and that’s not bad when you can bring that off the bench.

“Our bench was really strong today as well. What we’ve got is a good squad of players. That’s three [Championship] games now we’re undefeated and we need to try and see if we can maintain that level of performance and hopefully we can try and get some more wins on the board.

“I’m pleased with how we are at the moment, we just need to make sure we go and kick on.”