Top scorer Emil Riis will be looking to add to his tally of six goals in front of his family this weekend, as they make their first visit over from Denmark since he joined the club.

Top scorer Emil Riis will be looking to add to his tally of six goals in front of his family this weekend, as they make their first visit over from Denmark since he joined the club. 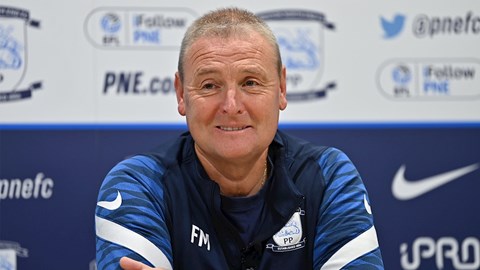 Due to the pandemic, the striker has only been able to see his relations when he went home in the summer, with them unable to come and see him in action.

However, with the Scandinavian country recently moving onto the ‘green list’, they are able to make the trip over and will get to come to Deepdale for the first time on Saturday afternoon and he is hoping to impress!

“I am a big family man, so for them to finally see me play is great,” he told iFollow PNE. “When I was playing in Denmark, they always came to watch me, so it is good for them to see what I am doing now and I am really happy.

“They planned it so that they could come and watch me at home and I know it is going to be a tough game, but hopefully we will do well.”

Having notched again in the 95th minute at Bramall Lane, the No.19 is brimming with confidence, although he admits he had been beating himself up over the earlier opportunity when Swedish No.1 stopper Robin Olsen denied him a goal at 1-1.

“It did feel like a win, but it was only a point and we would have liked the win,” he continued. “I was devastated not to score the earlier chance, but I said to myself ‘I am going to get another one, and I am going to put it away’, and, luckily, I did and I was so happy to see it go into the net.

“When you miss a chance, you will always feel disappointed, but looking back at it, I did a good run and it was a great pass from DJ and it wasn’t a bad finish, it was a great save, but I would have liked to have seen it go into the back of the net.”

The 2021/22 campaign has started well for the U21 international forward and he believes that having acclimatised in the last year, he is ready to kick on: “I took the first season as a learning experience to try and get used to the surroundings, but I came into this season ready to hit the ground running and I was happy to see the first one hit the net.

“Once I got the first goal, I knew there would be more. I always had the confidence that it would go like this.

“I am a player that strives on confidence, so it means a lot for the heads coach to believe in me. He has really shown his belief in me and I would like to think I have proved him right.” 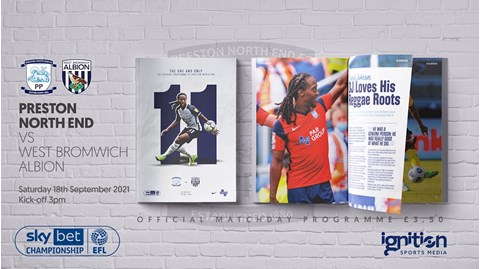 His partnership with Sean Maguire and understanding with the midfielders behind him have also developed and he believes that with the quality in the squad, more goals will be coming… and not just for him.

“Seani is really good at finding that space in between the midfielder and the defenders and he has done really well. Unluckily for him, he hasn’t found the goals, but he is creating chances for himself and others in the team and I am confident he is going to score soon.

“I am striker that likes to run in behind, and, especially Ledo [Ryan Ledson], he likes to look for that ball in behind. We are creating so many chances at the moment, we just need to put them away.

“The competition is healthy and it is good that there are a lot of players up for the spot, it pushed you even harder – I like it,” he added.