Frankie McAvoy is looking for his side to sustain the performance levels they put in prior to the international break when they return to action against Bristol City.

Frankie McAvoy is looking for his side to sustain the performance levels they put in prior to the international break when they return to action against Bristol City.

His side headed in to the two-week break in fine form, taking three wins from as many games, and they’ll be hoping to continue that run on Saturday, albeit the head coach is aware of the test in front of them.

Frankie told iFollow PNE: “It’d be great [to carry on the run]. I’ve always said what we’ll do is we’ll deal with each game on its merits. We’re going to Ashton Gate, Bristol City, it’ll be a tough game.

"I expect nothing but a tough game, but we’ll go there and prepare ourselves as best as we can to go and try and win the game.

“I felt our performance against Swansea showed that we cranked it up a bit and if we can sustain that level of performance it should be a good game and I’m really looking forward to it.”

In contention to face Nigel Pearson’s side will be North End’s two deadline day signings, Josh Murphy and Ali McCann.

Murphy, on loan from Cardiff City for the season, has been training with his new side this week, while McCann has yet to arrive at Euxton due to international duties with Northern Ireland.

“He’s good when you can get him the ball and he can cause real issues when he can get at defenders. He’s the kind of player that can get supporters on their feet when you get him into good areas and I’m delighted with the decision.

“Obviously we won’t have Ali today. He’s got to return back home to Edinburgh, get his stuff and then come back here, so he’ll join the squad tomorrow, which we’re delighted with.

“I think he’s performed admirably in the two games he’s played in for Northern Ireland. I watched them last night and I thought he did extremely well, so we know we’ve got a young player that’s coming down from Scotland who in my book is probably one of the best young players in the Scottish game at the moment.

"I’m just delighted we’ve added him to our squad at Preston North End and I’m sure he’ll be a great addition to the squad going forward.”

In terms of other team news, players who were previously missing due to Covid isolation before the international break have now returned to training, but that may not mean an immediate return to action.

“Tom’s not done as well to be quite honest; I don’t think his asthma has helped him much. He’s still a bit unwell with it.

“We just need to make sure we tread carefully with him at the moment. He won’t be available definitely for Saturday and probably a week or two, maybe even longer depending on how he recovers, so he’s not been doing too greatly with it, but fingers crossed that he’ll kick on.

“Anybody who does have asthma, Covid can take a bit longer to come out of the system compared to others that don’t have it, so fingers crossed that Tom will recover but at the moment he’s still a bit unwell with it.”

Hear more from Frankie in his full interview on iFollow PNE at the top of the page.

Hughesy ‘Buzzing’ To Have Pat Back


Andrew Hughes praised the performances of central defender Patrick Bauer after his recent return from injury. 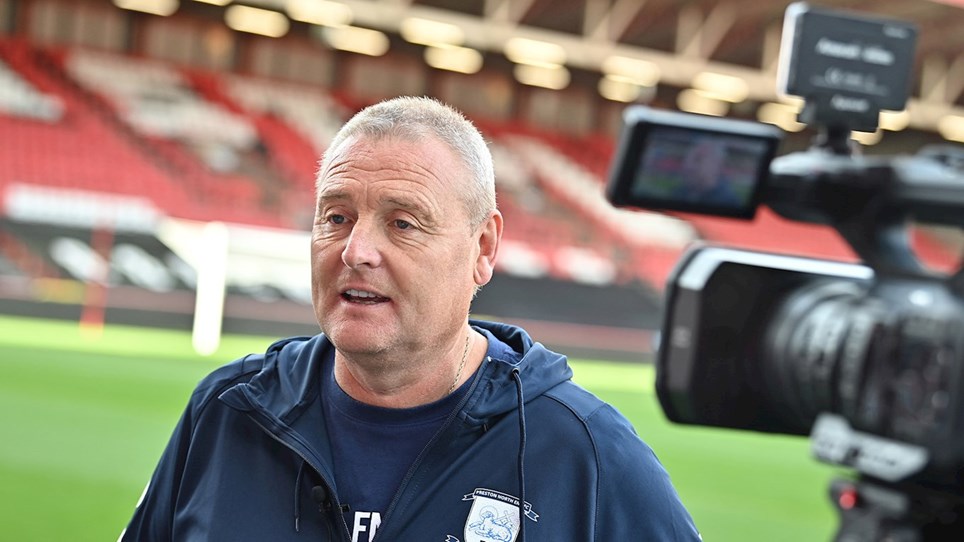 
Frankie McAvoy thought the goalless draw against Bristol City was a fair result based on the momentum swings during the game.