Josh Earl is hoping to see his run in the team continue after making a “proud” 50th appearance for Preston North End in the draw against Birmingham City.

Josh Earl is hoping to see his run in the team continue after making a “proud” 50th appearance for Preston North End in the draw against Birmingham City.

Earl played in the left wing back role for Frankie McAvoy’s side once again at St Andrew’s, starting for the seventh Championship game in a row. 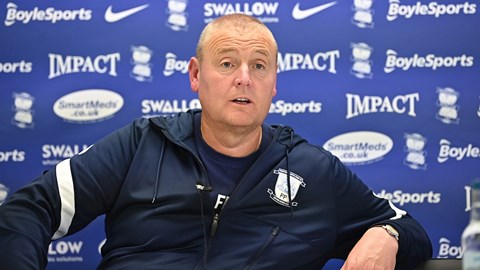 The 22-year-old joined North End before he was a teenager and has progressed through the ranks, but a lot of his recent years have been spent out on loan, although McAvoy seems to view him as a big part of his squad.

On playing his 50th game for the club, Josh said: “I wasn’t aware of it before the game actually so it’s a proud moment for me and thank you to Frankie for giving me my opportunity again.

“I’m very pleased to have a solid run in the team. I think my loan spells have done me justice. I’ve matured a lot as a player and coming back now hopefully I can continue this form and we can push on and get some more good results.

“I think my performances at the moment have been solid. I could do with chipping in with more assists and more goals from that left wing back position, but hopefully that will come as I gain a little bit more match fitness and get a decent run of games going again.

“So at the moment I’m just really happy with the run that I’m getting and hopefully I can keep it up.” 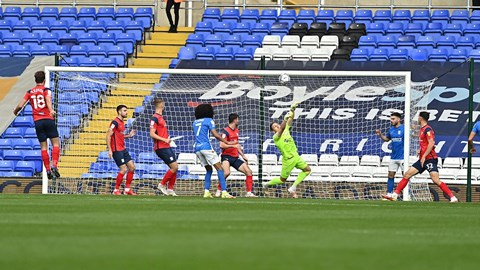 Reflecting on the draw in the Midlands, Josh admitted that the lads in the changing room felt they could have got more from the game.

Earl himself was one who could have broken the deadlock, having a first half effort kept out at the near post, while Emil Riis was among others to have been denied by goalkeeper Matija Šarkić.

“We had more chances in the first half and I think it was disappointing to come away with a draw.

“They brought on two big lads up top and sort of played the ball forward a lot more which we defended really well against and we kept a clean sheet, but obviously the game became a lot more scrappy then and more launching the ball forward.”

The point against Birmingham extended North End’s unbeaten run in all competitions to eight games, while confirming a fourth successive draw in the league.

PNE now head back to Lancashire to prepare for a game on Tuesday evening, with Michael O’Neill’s Stoke City coming to Deepdale.

“If we get draws away from home and go and get points at home, that’s vital,” added Josh.

“So three points on Tuesday will be needed and I think we just have to prepare now tomorrow and Monday and then go again on Tuesday.”

Watch Josh's full interview on iFollow PNE by clicking on the video at the top of the page.