PNE's new midfielder, who joined on deadline day from St Johnstone, started the World Cup qualifier in a midfield three, alongside the experienced Steven Davis and Stoke City's Jordan Thompson.

McCann impressed in the centre of the park, playing a key role in midfield, as goals from Daniel Ballard, Conor Washington, Shayne Lavery and Paddy McNair sealed their first victory of the qualification campaign. 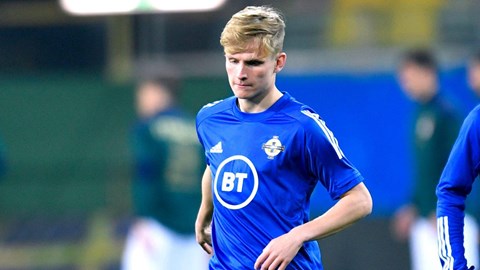 It was Ali's seventh cap for his country and he'll be hoping to earn a couple more as they have games coming up against Estonia and Switzerland on Sunday and Wednesday respectively.

Elsewhere, first-year scholar James Pradic started for the Wales U17s side who drew 1-1 against Scotland last night, and they have the same fixture coming up on Sunday morning at 11am.

Fellow first-year Josh Seary could feature on Friday in a behind-closed-door friendly for the Republic of Ireland U19s, meanwhile Daniel Johnson and Sepp van den Berg are preparing for games on Sunday and Tuesday respectively with Jamaica and the Netherlands U21s.