Cameron Archer, the match-winner in the last Lancashire derby, is hoping for a similar experience when Blackburn Rovers come to Deepdale on Monday night.

Cameron Archer, the match-winner in the last Lancashire derby, is hoping for a similar experience when Blackburn Rovers come to Deepdale on Monday night.

The Aston Villa loanee wrote his name in to the PNE history books by netting the winning goal earlier in the month when the Seasiders were the visitors.

That’s an evening Cam remembers very fondly, and one he doesn’t imagine he’ll forget for a long time.

“It’s a time that I really enjoyed,” he told iFollow PNE. “It’s probably a game I’ll remember for a quite a while and I’m looking forward to the one on Monday.

“That feeling, you never get enough of it. Getting three points and in a derby, it’s just even better.

“I think every game’s been really enjoyable to play in, especially at Deepdale.

“Obviously the Blackpool game is probably the best one so far and hopefully we can have another good atmosphere at Deepdale.” 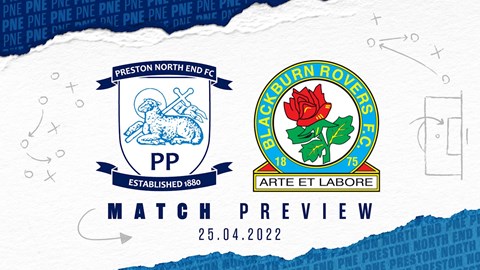 Since his arrival at PNE from Aston Villa on loan in January, Cameron has netted seven goals in the Championship.

When he first joined North End, he made it clear that he was looking to come and prove himself, get himself on the scoresheet as often as possible and aim to return to Villa Park a better player.

“I don’t think I set myself a goal at the start,” he said. “I just thought I’d come here and score goals, I didn’t set myself a certain amount of goals.

“But obviously as the games have gone on, [I’ve been] trying to aim for double figures, that ten mark, and hopefully I’ve got a couple of games to get there.

“As soon as the season’s over I just want to get back out there so I’ll enjoy it as much as I can.”

The 20-year-old and his teammates came up against the division’s top goalscorer in Tuesday’s defeat to Fulham, with Aleksandar Mitrovic’s two strikes against PNE taking his tally for the season to a record-breaking 40.

With the young forward keen to improve his game, it’s people like the Serbian who he looks towards in matches.

Cameron said: “[I’ve been] watching them, seeing them on the other side of the pitch, seeing what he’s doing and trying to add that to my game.

“I spoke to him, asked how many goals he was on after he scored and he said it was 40, and that’s a big accomplishment.

On the Fulham defeat, Cam continued: “I think in the first half we couldn’t get anywhere near it really.

“Obviously we had that chance in the first five or ten minutes but things happen. We tried to come out in the second half and tried to put on a good game, but they’re obviously a really good side and congratulations to them for promotion.”

You can watch Cameron's full interview on iFollow PNE above.