Blackpool are the visitors to Deepdale on Tuesday evening for the first time since 2013 and a big turnout is expected, with tickets remaining on sale until 5pm on Monday.

Ryan told iFollow PNE: “I believe it’s going to be a packed Deepdale, loads of our fans there, and I’m really looking forward to my first derby as Preston North End manager.

“We’ve said we want to bring the fans back, we’re slowly and surely doing that, and when you’ve got a packed house in Deepdale with all our fans screaming and shouting for us and our players, that’s what you want and hopefully they can be the 12th man to help us get through.”

Speaking after the defeat to Derby County at the weekend, Ryan asked to see more fight from his players, and he sees no better opportunity than this game to show that.

However, he’s aware there’s a fine line between showing that passion while not getting carried away in the occasion.

“I don’t want any gung-ho pressing at the wrong times and trying to do things they wouldn’t normally do.

“I’m sure there’s going to be plenty of tackles, plenty of argy-bargy if you like, but ultimately we’ve got to make sure we keep cool heads and play our football first and foremost.” 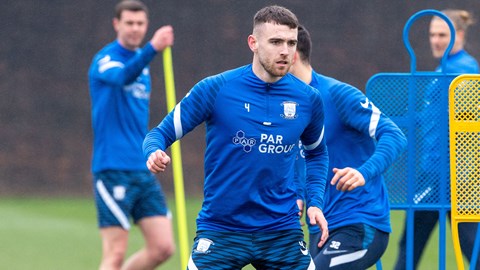 Whiteman: “We Need To Win The Game”

North End have an extra incentive to go and get the victory on Tuesday, given the disappointment of defeat at Bloomfield Road in October.

“I’m sure they’ve had a few more additions and more players back from injury as well.

"We’ve got a couple of new additions and we’re playing a different way, so I’m fine with them saying they want to put the wrongs right, but ultimately it’s about what we do on the football pitch on Tuesday, and if we stick to the game plan then I’ve got every confidence we can do well.”

You can watch the full interview with the manager on iFollow PNE.