Ryan Lowe was pleased to see Preston North End make it three home wins in a row as he explained that his team ‘found a way’ to beat Queens Park Rangers with a 2-1 win at Deepdale.

Ryan Lowe was pleased to see Preston North End make it three home wins in a row as he explained that his team ‘found a way’ to beat Queens Park Rangers with a 2-1 win at Deepdale.

Emil Riis and Cameron Archer scored either side of half-time to put the Lilywhites in control, with Andre Gray pulling one back from the penalty spot in second half stoppage time to deny Daniel Iversen a clean sheet. 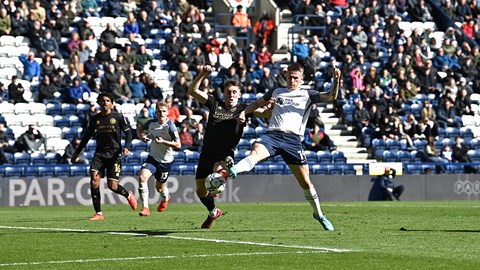 The gaffer was pleased with his players’ second half reaction in particular.

He told iFollow PNE: “I thought we were in control, I thought we gave the ball away cheaply at times, again after the performance levels and everything else on Tuesday night. We were a little bit flat first 30 minutes and then we got the goal to go into half-time.

“I told the lads not to wait for something to happen and to make it happen, keep the ball a bit better and they would get opportunities.

“In saying that we could have scored maybe another three goals but Daniel’s definitely kept us in the game as well by making a few good saves because they’ve certainly found a way to try to get some shots on target.

“I’m really pleased, another three points, back-to-back wins and another home win, which we want to continue to do and if we continue to do that we’ll be fine.”

He explained that the effort of his side wasn’t in question in the first half but that he was looking for them to keep the ball better.

He continued: “They ran their socks off in the first half, for reasons of us giving the ball away cheaply and if you keep the ball and make them work for it, you can open them up.

“But we didn’t, we were trying things that we wouldn’t normally try, and told the lads to stick to the game plan. 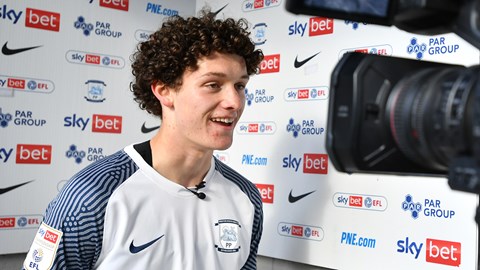 Mikey On His Dream Come True

“To be fair, second half, they went out with a little bit more energy, we got about them and we were well worthy of the goal and I thought we could have scored another couple of goals.

“However way you find a win, especially after the performance levels of Tuesday night, we’ll rest the lads now and we’ll go again Friday. Just pleased that we got the three points.”

Ryan is hoping the Lilywhites can continue their good run of home form in their final three home games of the season.

He added: “It’s done now, we’ll give the lads a couple of days to rest and do the recovery and whatnot and then we’ll build them back up for the Friday game because again it’s a day earlier than we’d normally play so the schedule changes around a little bit and we get a bit of freshness back and we’ll go again.

“That’s three home games on the bounce and three wins and we want to continue that and make it four, five, six if we can because we’ve got three home games left. There’re tough teams standing in our way, we’ve got to make sure we get the game plans right and start winning more games then we’ll have more points on the board.”

There was also words praise from the gaffer for debutant Mikey O’Neill.

The second year Academy scholar has impressed the boss in Central League action and Ryan is hoping it will be the first of many first team appearances for the youngster.

“I said to Marshy when he went on, I said, ‘What a moment it is for the kid.’ I wanted him to get him on the pitch earlier if we could but it wasn’t to be.

“He’s definitely earned that, he’s been fantastic for the youth team, scoring goals, assists, and every time he’s played in the Central League when we’ve come up against other teams he’s been an outstanding performer and he definitely deserved it.

“Congratulations to him, it’s a good moment for him and his family and hopefully that’s just one of many.”