If selected, Ben Woodburn is looking to impress in Tuesday’s Carabao Cup tie against Huddersfield Town as he hopes to cause manager Ryan Lowe a selection headache for Championship action.

If selected, Ben Woodburn is looking to impress in Tuesday's Carabao Cup tie against Huddersfield Town as he hopes to cause manager Ryan Lowe a selection headache for Championship action.

Woodburn, who arrived at Deepdale just over a month ago, has featured in both league matches so far this campaign, however only as a second-half substitute.

He sees every single minute as a chance to make an impression, though, and he’s hoping to get a good shot at that on Tuesday night, when North End face the Terriers in the first round of the league cup.

Speaking to iFollow PNE, Ben said: “I think every game and every minute is an opportunity, and if I’m selected to start I’ll give my all for the manager and the team.

“Hopefully I can put in a good performance which will give him a problem for the weekend coming.

“I just try and make an impact [when I come on], just try to do my best, try and score, try to assist and that’s all I can really do, just try my hardest and that’s it.”

The former Liverpool man has good memories of cup football, having become Liverpool’s youngest ever goalscorer in a quarter-final against Leeds United back in 2016.

Woodburn was also part of a Hearts side who made it all the way to the Scottish FA Cup final last season, and he’s hoping PNE can put together a cup run themselves.

Ben added: “It means more opportunities for players who aren’t starting on a weekend and any run’s a good run, and I think that’s a big part of the Championship. 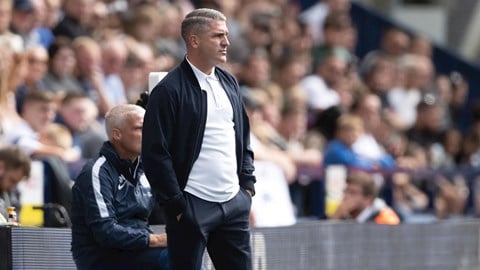 “If a team can go on a good run that’s when they can be successful, so hopefully we can get one going.”

The 22-year-old made his competitive Deepdale debut for North End in the weekend’s draw against Hull City, when he so nearly claimed a sublime assist for striker Troy Parrott, who was denied by goalkeeper Matt Ingram.

It’s the first time Ben is back playing Championship football since 2018 – when he was on loan at Sheffield United - but he’s adjusted well to being back at the level.

“It’s tough, it’s fast,” he admitted. “There’s some good players in the league, but I’ve enjoyed it.

“I think we’ve played well in both games, and I believe we could have got more out of both, but it’s all part of it.

“I think we’ll go into the next few games definitely looking to try and win them games.”