After drawing the opening two games of the Championship campaign, North End got their first victory of the season on Tuesday night, over Huddersfield Town in the first round of the Carabao Cup.

Freddie conceded his first goal of the campaign in that 4-1 win over the Terriers, after previously keeping two clean sheets.

On his start to life at PNE, Freddie told iFollow: “I’m always critical of myself; always looking at ways that I can improve.

“But if you look at it, it’s two clean sheets and two really good defensive displays.

“I think if we want to be ultra critical, we’d have liked to have picked up a few wins, but saying that, we haven’t conceded and we go into the weekend full of confidence really. 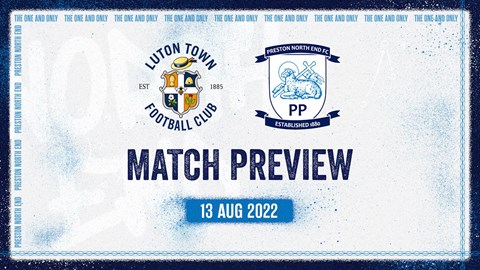 “I think first and foremost, anyone in this league you have to be careful of who you’re playing against, it’s that type of league.

“Obviously going to Kenilworth Road, it’s always a tough day no matter what, so we have to be aware.

“We know the threat that they pose, but saying that, we’ve done well in the cup and we’re looking to push on.”

25-year-old Freddie is still in his early days at the football club, having joined in June from Newcastle United.

Since then, though, he feels he’s really integrated himself into the group and already feels at home at Deepdale, after many years spent out on loan at various clubs.

He said: “I feel like I settled very quickly, within the first week or two.

“I think it makes it easier when the club have been brilliant. The players and the staff have made it easy for me to come in.

“To get the season underway, I’ve fully felt like a Preston player, and I felt like I settled really well.

“Playing football first and foremost is nice, it’s enjoyable, and then to play the way we do, it suits my style.

“I’ve enjoyed working with the manager, working with his staff, and improving everyday so it’s been a great time for me so far.”

The goalkeeper seems to have really endeared himself to the club’s supporters already, and it’s been a regular theme throughout pre-season and the campaign so far to see him hand over his gloves to a young supporter at the end of a game.

He does that in the hope of inspiring the next generation, he says, and he’s really enjoyed his early experiences of playing in front of the North End faithful.

Asked how the fans have been, Freddie responded: “Brilliant. I thought the display at Wigan was top.

“Running out and going towards that end was really something special. 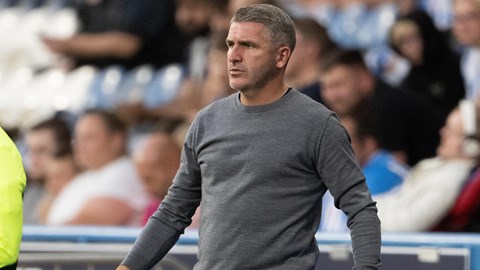 “My family were in the crowd that day and they said it was a great turnout, and then to go to Deepdale and to have the flags and the whole end behind that goal sell out was fantastic as well.

“I think if we can carry on doing that and build a relationship between the fans and the players then hopefully they can push us on because it is really great when you walk out and you see a fully-supported team.

“Even the other night on a Tuesday night in Huddersfield, I thought they turned out well and we gave them a performance that hopefully they were proud of.”

You can watch Freddie's full interview for free above on iFollow PNE.