Ryan Lowe is considering freshening his side up as PNE prepare to face Coventry City on Wednesday evening.

Ryan Lowe is considering freshening his side up as PNE prepare to face Coventry City on Wednesday evening.

Following the weekend’s goalless draw away to Cardiff City, the manager was disappointed with the performance of his team and questioned whether the volume of games ultimately influenced the display.

That being said, he made it clear there were no excuses being made, however he is looking at potentially changing things up in terms of personnel.

Ryan told iFollow PNE: “You have to think about making changes. Without giving too much away, we’ll decide that today.

“I slept on a few things last night, and maybe tonight, but we have a squad and we’ve got to utilise that squad.

“Most teams up and down the country will be doing the same thing. It’s never a personal thing when you leave players out the team, it’s just a challenge for them to keep pushing each other to try and get in the team.

“As I’ve said many times, it doesn’t really matter to me what name’s on the back as long as they’re performing.” 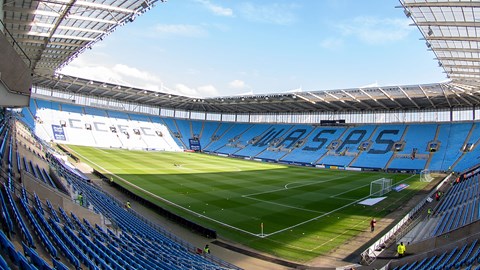 Álvaro Fernández, who hasn’t featured since the Carabao Cup first round tie against Huddersfield Town, is expected to be back in contention after recovering from an ankle injury, and he’s now looking ‘sharp’ in training according to Ryan.

While Bambo Diaby and Sean Maguire are both also back in training, it’s likely to be Saturday until they’re available, while Andrew Hughes’ shoulder injury will be assessed on Tuesday.

He’ll be hoping to be a part of the PNE squad heading to the West Midlands for what will be Coventry City’s first home game of the season, given their other fixtures had to be postponed due to issues with the pitch.

Improvements have now been made, though, and Mark Robins’ side will finally get the chance to play in front of their home supporters, having played three games on the road so far this campaign.

On Coventry, Ryan said: “They’re a good team, who play good football. They haven’t had a good start in terms of the games being called off because of the pitch, but they’ll be wanting to kick on as soon as they possibly can because they want to try and get themselves up the top end of the table.

“But we’ve got to make sure we try and stop that, and that’s why it’s probably going to be a good, interesting football game tomorrow which we’re looking forward to.”

For North End, the challenge from the manager is to continue the defensive solidity which has helped the side begin the league campaign with a club record six consecutive clean sheets.

However, only one goal has been scored at the other end, and Ryan is keen for his side to continue to create chances so the goals eventually come.

“We know Coventry are a good team standing in our way,” added Ryan. “We’ve got to go there and give it everything to try and get the points, we know that, and then we’re at home on Saturday against Birmingham.

“The games are coming thick and fast. We’ve got five games until the international break, so we want to get the next five games out the way in terms of collecting some points and some wins, of course we do.

“As I said, we’re in good form, we’ve kept the back door shut, we haven’t scored as many goals [as we’d have liked], we’re unbeaten, and once you start turning them draws into wins the place will be a lot brighter, because the points will look a lot better on the board.”

Watch the manager's full pre-match interview on iFollow PNE above.