Turning one point into three is the aim of the game for Ryan Lowe going into Saturday’s fixture against Watford, following three draws in the opening four games of the season.

Turning one point into three is the aim of the game for Ryan Lowe going into Saturday’s fixture against Watford, following three draws in the opening four games of the season.

Preston North End have made an unbeaten start to the campaign – and are still yet to concede in the league – with the only downside being that only one goal has gone in at the other end.

The Lilywhites put in, what Ryan described as, one of the best performances he has seen from any of the teams he has managed on Tuesday night against Rotherham United.

Aside from the fact his side couldn’t quite find that elusive opener, he feels that level of performance is one they should be trying to reach every matchday.

Speaking to iFollow PNE, Ryan said: “The lads have set the benchmark now, haven’t they?

“Ultimately just putting the ball in the back of the net obviously sets it even higher, but they’ve set the bar high have the players.

“Since we’ve come back and throughout pre-season the togetherness and the camaraderie between the group [has been brilliant].

“Lads getting left out, lads getting brought in, they’re there for each other, willing each other to do well.

“Ultimately it’s about the team and the squad, we’ve said that all along.

“They’ve set the bar, and hopefully we can start turning these draws into wins, which will help us with the points tally to try and get up [the table], but it’s really pleasing signs.”

Up next for Ryan and his side is another home test, this time against Watford, who are competing in the Championship again after a season in the Premier League. 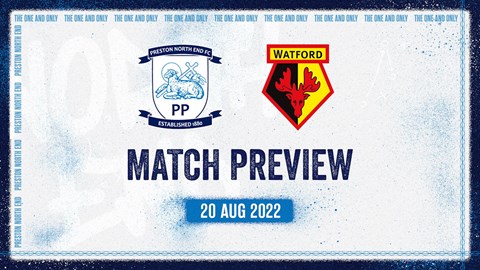 He’s enjoyed a positive start to life in the second tier, taking eight points from four games, and they’ll come to Deepdale looking to extend that decent run of form.

“I’m massively looking forward to it,” said Ryan. “When those teams are coming down from the Premier League you always look at them teams and think ‘okay when do we play them?’.

“They’ve still got a large part of the squad that they had, albeit there’s a few that have left, and possibly one or two more, I’m not too sure.

“I think Rob will be looking to see the back of the transfer window because he’s got some quality players in there.

“But these are the games you want to be in the Championship for, playing the likes of Watford, Burnley, Norwich – the teams that have been in the Premier League for a year or a couple of years, so we’re really looking forward to it and hopefully it’ll be an exciting game.”

In terms of team news, the manager will be without Álvaro Fernández again as he continues his recovery from an ankle injury.

The loan man will head to parent club Manchester United on Friday to be assessed, and he’s expected to be available if not next Tuesday, then the following Saturday when PNE face Cardiff City.

Bambo Diaby also remains out, as does Sean Maguire at the top end of the pitch, where Troy Parrott has been leading the line as a sole striker during the past few games. 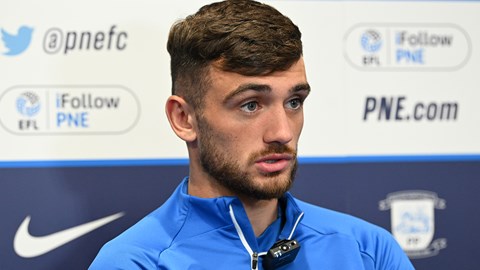 He’s been heavily involved in PNE’s attacking play, but has found the net just once in all competitions, and Ryan – as well as Troy himself – remains confident that tally will soon increase.

The manager added: “I won’t let him let his head drop. Every time he comes off the pitch I’ve said ‘keep going, keep doing the right thing’.

“We’re saying to the strikers ‘get in the right areas and you’ll get chances, the lads will create chances for you’.

You can watch the manager's full interview on iFollow PNE above.