Jordan Storey feels the PNE defenders all have a good understanding of each other and that’s been crucial to their five consecutive Championship clean sheets.

Jordan Storey feels the PNE defenders all have a good understanding of each other and that’s been crucial to their five consecutive Championship clean sheets.

North End have set a club record with the start they’ve made to the season, becoming the first PNE side in history to have not conceded a goal in the opening five league games.

Jordan has been part of an unchanged back line during those matches – with Liam Lindsay and Andrew Hughes on the left of him in a defensive three, and Freddie Woodman behind in goal.

However, Greg Cunningham did play most of the last match against Watford due to Andrew Hughes’ shoulder injury, but he slotted in to the side seamlessly to help the team keep out a Hornets side tipped for promotion.

Speaking to iFollow, Jordan said: “Like I’ve said before, we’ve felt like we’re not going to concede, and I think in every game we’ve limited the opposition to very little chances so it’s been pleasing.

“I think we’ve all got a good understanding of each other’s games now, and I think the more we play with each other it’s just going to keep improving so that’s really pleasing.

“It [a clean sheet] is almost as good as a goal in our aspect, so to get five in a row at this standard and this level is really good for us as a team.”

Away from league action, North End did concede twice in the midweek Carabao Cup tie against Premier League side Wolves.

With the quality of Adama Traoré and Raúl Jiménez on the scoresheet, though, that’s certainly not something to be ashamed of, and Jordan felt he and his teammates can take confidence from the way they played in the 2-1 defeat at Molineux.

“It was a tough test,” he admitted. “You can see why they’re such a good team and why they always finish in the top half of the Premier League.

“I think we’ve got to look at them and think that could be us one day, if we keep progressing in the right direction.

“I know the goals have been limited at the moment, but to go and score a great goal like we did against them will give the attacking lads great confidence as well, so I think there’s a lot to take away from it and we can be confident and be glad with the performance we put in.”

While the defensive record is definitely one to be proud of, there’s been frustration at the other end of the pitch, with North End having netted just once in league action so far.

24-year-old Jordan, who has started every game in all competitions since returning from his loan at Sheffield Wednesday, said everyone remains fully confident that the goals will come, and it could be a case of the floodgates opening once they do.

He’ll be hoping that starts this weekend, when PNE head to South Wales to take on a Cardiff City side who have matched the Lilywhites’ points tally to this point.

Jordan added: “I think every time I’ve played them they’ve always put up a great battle.

“They’ve always had a big team, a big physical presence, and I don’t think that’ll change.

“But we’re still confident. We’ve been really solid and I don’t expect us to go down there and not get three points.”

You can watch Jordan's full interview for free on iFollow PNE by clicking play at the video at the top of the page. 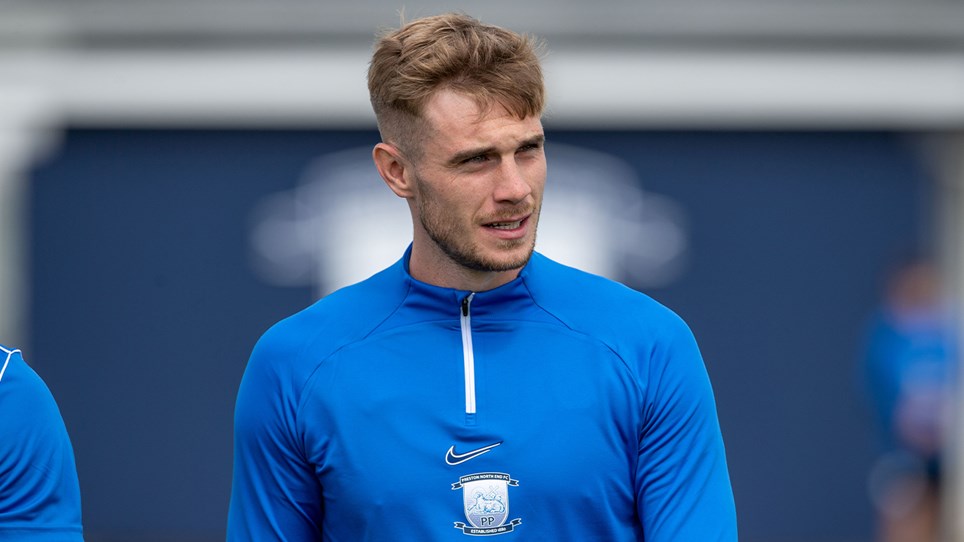