With home games coming up either side of Christmas, Greg Cunningham knows how important it is for PNE to bring their form on the road back to Deepdale.

With home games coming up either side of Christmas, Greg Cunningham knows how important it is for PNE to bring their form on the road back to Deepdale.

North End head into Saturday’s game against Queens Park Rangers full of confidence, following last weekend’s 4-1 victory at Blackburn Rovers which made it four wins from five in the league.

Ryan Lowe’s men went to the top of the away table with those three points, but it has been back at Deepdale where everybody is keen for form to improve.

With QPR arriving this weekend, and then Huddersfield Town on Boxing Day, the next week could be a great opportunity to build.

Greg told iFollow PNE: “It’s not that we’ve been performing in any way differently at home, we sometimes just haven’t got the rub of the green to get the results.

“I know our away record speaks for itself. We’ve collected the most points in the division away from home, and if we can back that up at home then you’re putting yourself in a great position.

“We love playing at home. We love playing in front of the home crowd, and it’s just important now that with these home games coming up over the Christmas period that we can get some points and make it an enjoyable Christmas for the fans.”

In QPR, Greg and his teammates take on a side in very different form to themselves, having gone six without a win in the Championship.

They may, however, be buoyed by the recent appointment of Neil Critchley, who will take charge of his new side for the first time this weekend.

“In saying that, they’re still only a couple of points outside the Play-Offs so it shows over the course of the season how well they’ve actually been doing.

“They’re a good side with some great players, and when a new manager comes in there’s always that initial impact that’s made, and we’ll be ready for a tough game.

“The recent form definitely goes out the window when it comes to a new manager in charge.”

PNE head into the weekend’s round of fixtures occupying the final Play-Off spot.

Manager Ryan Lowe’s ambition is for North End to go into the final stint of the season in the top half, ready to attack that top six, and Greg feels it’s definitely achievable.

He said: “It’s so tight from the Play-Offs right down to 14th. There’s a difference of three or four points, so I think it’s important that we keep our foot firmly on the gas and keep picking up points and good results.

“That’s where we want to be, at least in the top six come the end of the season and give ourselves that chance of promotion.

“I think the Championship is as relentless as it’s always been.

“There’s some different results and teams are beating everyone, so I think as long as you can keep the form and keep the consistency you put yourself in good stead come the time.” 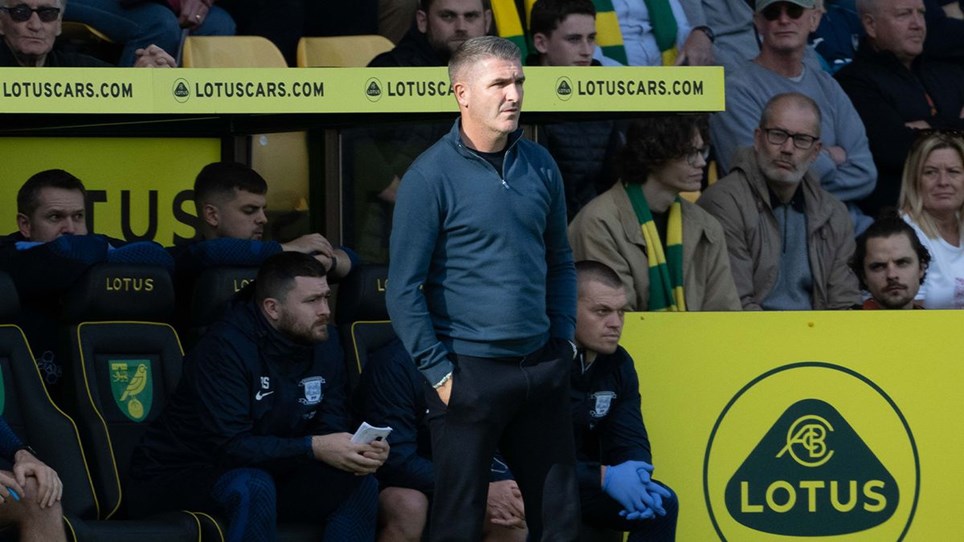