Lowe: “Not For The Lack Of Trying”

Ryan Lowe felt Preston North End might have taken all three points from Huddersfield Town’s visit to Deepdale but said it wasn’t for a lack of effort from his side.

Ryan Lowe felt Preston North End might have taken all three points from Huddersfield Town’s visit to Deepdale but said it wasn’t for a lack of effort from his side.

The Lilywhites played out a goalless draw against the Championship’s fifth-placed outfit but had particularly decent openings through Ched Evans, Cameron Archer and Scott Sinclair, while Brad Potts had a penalty shout waved away. 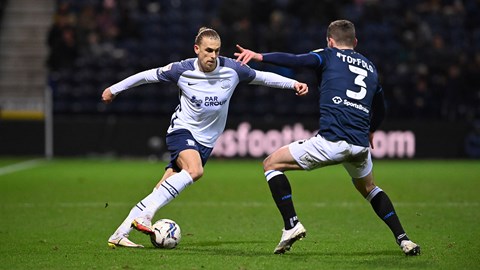 And it was a penalty appeal which the gaffer felt should have been given in PNE’s favour.

He told iFollow PNE: “I’m happy with the point but I’d have been happier with three points. I thought we were hard done by with the penalty decision but I get that it’s a tough gig, the ref has got to be 100 per cent certain it’s a penalty.

“We’ve had the opportunity to look at it back and see it several times and at several different angles and, yeah, it is a penalty.

“First half was okay, I thought we started bright first 15 minutes, we asked to have a fast start on the front foot and we’ve done that, which is expected because we want that.

“It died off a little bit, but I think it to limit Huddersfield, who are fifth in the league at the moment, to one shot on target, is fantastic on our behalf.”

The manager felt there were a couple of opportunities from which his players could have scored and is looking for more belief from them throughout a game. 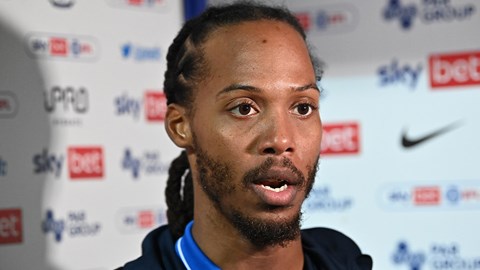 DJ: “We Were The Better Team”

“Maybe if there was a couple of more minutes, you’d think keep going and you’re going to get one. Scotty’s just mistimed his jump there towards the end, him and Emil, and another day he gets that in.

“There were plenty of opportunities for us to score, in hindsight, looking back at it, there’s probably two or three goals you may have felt you could have got.

“It’s not for the lack of trying, the lads have been fantastic, they keep working hard, keep doing the right things, I just want a little bit more belief from them from start to finish.

“We can match it with any team in this division, we’ve said that before and we want that to continue. If they continue to do that from the start and right the way through, and I know it’s not always the way, but we want to try and do that and if we continue to try to do that we’ll be fine.”

It’s three clean sheets in a row now for North End, which pleased the manager, but that’s now his expectation.

“I’m quite confident in the group and the defensive structure and how we shuffle across and how we work, I thought they were fantastic.

“We want it in possession, we want to be a little bit more quicker from the ‘keeper and going through the thirds. I thought they were solid and resolute. We held them at bay really to one shot on target.

“I’m really pleased with that but I expect that now, I expect the solidness from the group and the unit and the distances to be right. We’ve just got to keep working a little bit harder to score more goals.

“They are 12 unbeaten and you can see there’s a reason why, they put their bodies on the line as well. I’m not sitting here saying it was all us, because they worked hard as well, they played some good stuff at times and they put bodies on the line like I’d expect them to.

“Ultimately when you get a point and you felt you should have had three, it’s always a little bit of a disappointment.”