Ryan Lowe said his Preston North End players were fantastic against Millwall and described their performance as ‘nearly perfect’ as they earned a point following a goalless draw at The Den. 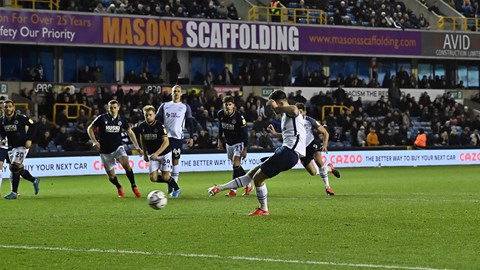 The Lilywhites had the game’s outstanding chance from the penalty spot in the second half but Ben Whiteman’s effort from 12 yards was agonisingly struck against the foot of the right-hand post.

The gaffer felt it was perhaps only a lack of quality that prevented them from going one step further and taking all three points, but could not condemn the effort of his side.

He told iFollow PNE: “I thought it was the nearly perfect away performance to be honest. I thought the lads were fantastic from start to finish. If one team was going to go and win it, it was definitely us, I felt.

“We nullified their strengths I think, and we set a game plan up which stopped them going in as quickly as they can. They wanted to pull people out of slots and turn you. I thought we dealt with that very well.

“Missing a penalty is hard to take but Ben’s been fantastic, he’ll score more than he’ll miss. It was a nearly perfect away performance.

“There hasn’t been a lack of effort since I’ve been through the door, the effort in every game has been top drawer so long may that continue.

“If we keep playing like that – these are tough places to come, Millwall in The Den away, the fans get right behind them – but we’ll pick a lot more points up if we keep performing the way that we can.”

The gaffer also explained his thoughts about what he felt was missing in the final third.

He added: “It wasn’t a lack of quality where we go up the top end of the pitch and we shanked a few out of the back or whatnot or hit it over the goals, it wasn’t a case of that.

"The defenders were fantastic, [the] wing backs, midfielders and strikers worked their socks off.” 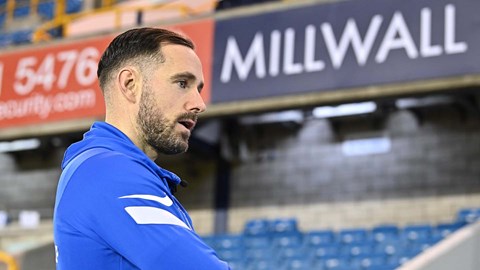 Ali McCann, Ched Evans and Liam Lindsay came into the starting line-up for North End in the capital, with Alan Browne, Patrick Bauer and Cameron Archer dropping to the bench.

Lowe is hoping the changes will add freshness to the squad in the long-term as they continue to navigate a hectic fixture schedule in the Championship.

“First and foremost, Ryan [Ledson] and Greg [Cunningham] needed an opportunity again to showcase what they could do – Saturday wasn’t their day.

“We felt Browney was a little bit tired and needed that extra bit of time off in terms of the games going thick and fast, there’s been a lot of games, and Patrick’s the same.

"So we felt that we should make them changes and bring Liam Lindsay in, who I felt was terrific, Ali McCann again ran his socks off and obviously changing Cam for Ched.

“Cam’s not played a lot of football of late so we’ve got to manage him right. He knew he was always going to be a 25-30 minute impact player today, which I thought he was. He was terrific when he came on.

More than 500 North End fans travelled to The Den and the gaffer again had words of praise for the club’s supporters.

“It was fantastic. They’re those types of fans that travel away in their numbers. I’ve just said they could easily have stayed at home and watched Coronation Street, couldn’t they? But no, they’re here in their numbers supporting the boys.

“Thank you for it, it doesn’t go unnoticed, and we really appreciate it. Keep supporting the boys because the good times are coming back.”

Unfortunately due to technical issues, the video version of this interview is unavailable to watch, and we apologise for any inconvenience caused.