Preston North End manager Ryan Lowe described his side’s visit to Peterborough United as being neither nice, pretty nor exciting, but was pleased to see a "moment of brilliance" from Cameron Archer help the Lilywhites team to claim all three points.

The Aston Villa loanee curled a delightful finish into the top corner with ten minutes remaining to edge out Darren Ferguson’s side at the Weston Homes Stadium. 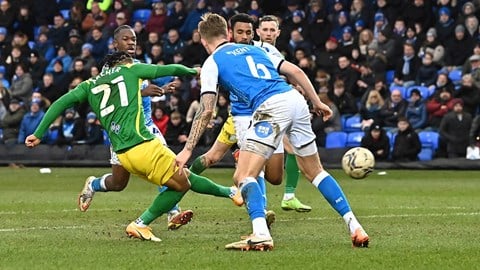 And while boss Lowe felt the conditions were unhelpful in Cambridgeshire, he suggested that his side finding a way to overcome that and seal victory was a sign of them being a good team.

“We’re pleased with the win and the three points,” he told iFollow PNE. “The performance was a bit different. It was a game of two halves in terms of the two teams, the conditions didn’t really help.

“It was always going to be a moment of brilliance from someone, whether that was us or them, and it came from us.

“I know what the lads are about, I work with them on a daily basis now and I’m getting to know them even more. It’s been nine, ten weeks, they’re a fantastic group, well-committed to the cause however way it is.

“Good teams come here and find a way to win and that’s what we’ve done today. It wasn’t pretty, it wasn’t nice, it wasn’t exciting – but a moment of brilliance from us getting the ball from one end of the pitch up, great pass, great touch, great finish.

“I always felt it was going to be a moment of brilliance and luckily it’s come from us.”

The gaffer also spoke of the work he and youngster Archer had been doing behind-the-scenes in the lead-up to the visit to Peterborough United as the striker went on to score his third goal for the club within a month of his arrival. 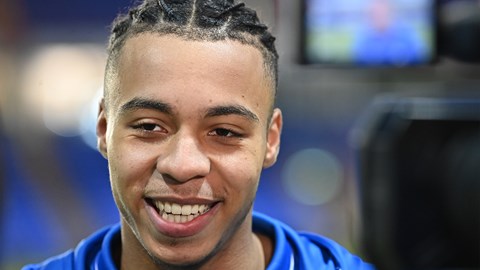 “I sat down with Cam yesterday and watched his clips with him from his chances from the game the other day. He was probably trying too hard to find that clinical touch and finish.

“I told him I’d show him what he needs to do and we went through it and it’s a great pass, great touch and he’s executed it fantastically. His touch has made it get out of his feet.

“When he gets in those areas, he’s a believer and once you get in those positions, there’s only one winner and that’s Cam because it’s a great finish, left-footed, into the top bin.”

It was yet another clean sheet for the Lilywhites – who have now completed shut-outs in all of their last four outings and in five of their last six games.

Lowe continued: “It’s hard, it’s tough, the Championship is relentless and you’ve got to find that way.

“If you keep the back door shut and you’re solid and resolute, you’ve always got half a chance with the quality players we’ve got up the top end of the pitch to score a goal. It’s another clean sheet, another three points, let’s go on to the next one.

“They’ll certainly have an extra recovery day at home and then we’ll look to have a free week before we build-up for Reading at home.”

The gaffer also had a special word for the fans as more than 1,000 travelling Lilywhites made the trip down to the Weston Homes Stadium.

“They were all in our hotel last night! It’s great, that’s what we want. Unbelievable. Again, they sang right from start to finish and packed that end out – fantastic.

“We can’t thank them enough, they’re coming in their numbers supporting us and they know what we’re trying to do, and keep doing it, because it’s certainly helping the group. You’ve seen the reaction the players have given the fans towards the end there – brilliant.”