Ryan Lowe was pleased with his side’s performance and reaction in their goalless draw against Nottingham Forest and said on another day they would have taken all three points.

Ryan Lowe was pleased with his side’s performance and reaction in their goalless draw against Nottingham Forest and said on another day they would have taken all three points. 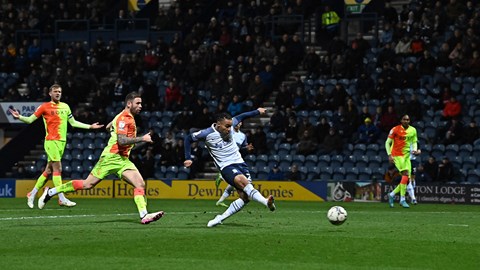 The manager felt his side were deserving of more than just the point they gained on the night but said the display was one that gave him pride.

He told iFollow PNE: “A very good performance, a very good reaction. I thought we were well worthy of the three points, it wasn’t to be, but I wasn’t disappointed with the effort. I thought the effort was fantastic.

“When you’ve come off the back of a performance that wasn’t very good, to get that showing against a good team in Nottingham Forest, I thought we were fantastic all over the park.

“There were a lot of good individual performances and we’re disappointed not to take all three points.

“But on another day, Cam scores them that he’s been scoring, fantastic goals, but we’re creating chances, I think we’ve had 14 or 15 attempts on target, we’ve had three or four clear-cut chances.

“I’m really pleased with the reaction and the attitude from Saturday and that was a Preston North End performance I’m proud of.”

Ryan also highlighted the quality of the opposition when assessing his own’s side performance. 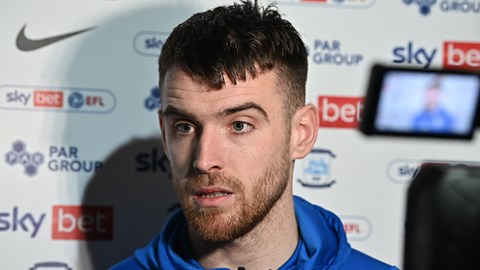 “The attitude, the application of the boys to try to go and get those three points was fantastic. On another day, you score one or two goals and you’re away with three points and two goals.

“But it’s another clean sheet and that’s six in eight. Overall, we’re pleased with the performance and the reaction, the result could have been different and we could have had three points in the bag but it wasn’t for a lack of trying.”

He expanded on the praise of his defence and was pleased to see them keep out Forest’s attack.

“We changed it a little bit and put Hughesy out on that left, they’ve got good quality in Spence. We need to nullify their strengths and we did, we played the back three and Liam Lindsay I thought was fantastic again. I’ll have to see how Patrick is, he’s struggling with his hip a little bit.

“They’re a good force, their strikers, good players, Johnson and Davis and Spence down one side and Lowe down the other were a threat and that’s why they’ve been doing well in the league. For us to nullify their threat was good from us and from our behalf the three midfielders were fantastic and I thought the forwards were fantastic as well.

There were also words of praise, as has become commonplace from the gaffer, for the North End faithful.

“’Keep getting behind the lads,’ I said in my programme notes today because the good times are coming back and if they continue to get behind the group out there, they can feel it and see it, I can feel it and hear it, of course we can, everyone in the stadium can, and long may that continue – fantastic.”