Scott Sinclair admits the FA Cup “means a lot” to him, having enjoyed several good moments in the competition throughout his career, including a run to the Wembley final with Aston Villa in 2015.

Scott Sinclair admits the FA Cup “means a lot” to him, having enjoyed several good moments in the competition throughout his career, including a run to the Wembley final with Aston Villa in 2015.

Scotty will be hoping to play a part in the third round this weekend as PNE head to Cardiff City, almost 15 years on from his debut in the competition when he played for Plymouth Argyle.

That proved to be a special day for the then teenager as he scored an incredible solo goal, taking the ball from inside his own half and beating several men on his way to finding the back of the net.

Asked what the competition means to him, Scott told iFollow PNE: “It means a lot. When I started my journey, my career, that sort of got me on the map.

“When I was on loan from Chelsea to Plymouth, I scored a decent enough goal when I was about 17 so the FA Cup is something I look forward to.

“It was a massive moment. I think for any young player when you go on loan it’s to get experience and play real football rather than in the reserves, so like I said that kickstarted my career. It was so enjoyable to watch it back and be part of that.”

Eight years later, the forward found more success, this time with Villa who he helped to reach the final of the competition.

Unfortunately for him and the West Midlands side, that game ended in defeat to Arsenal, but that cup run is still one Scott remembers well.

“We had a great squad when I was at Villa and a great team,” he said. “We managed to get to the final which was a great experience, obviously a bit disappointing that we didn’t win, but the journey to the final was great and when I look back it just seems forever ago now.

“For us now it’s to go into the weekend on Sunday and just keep this winning mentality going forward.

“It [the final] was a massive day. Especially for the Villa fans and getting to the final, I don’t know how long before they managed to get to a final, so it was a massive occasion.

“Especially when you go to Wembley, every player kind of dreams to go there and make sure they win, but obviously at that time we didn’t.” 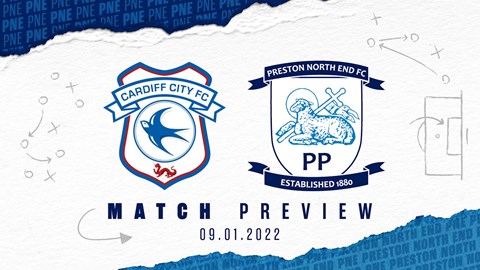 This weekend, though, it’s the start of the road for PNE, as they face Cardiff City in the third round, and the game will unfortunately take place behind closed doors due to current Covid-19 restrictions in Wales.

Scott feels that cup football is for supporters and he’s disappointed they won’t be able to join North End at the Cardiff City Stadium.

He added: “The FA Cup has been going for some time, and most players when they play in it it’s something to look forward to, and when you play it’s much different to the league, it’s on the day, and for the fans it’s a great day out for them.

“But unfortunately no fans will be coming to Cardiff so that’s a little bit of a situation we’ve got which is disappointing, but hopefully we can do it without the fans anywhere there.

“It [the Stoke City win] was great. Just for us now it’s about getting that winning feeling back. We’ve had two great results and basically just getting that feeling of when you come off the games getting the three points and that’s the main thing when you’re playing in the league.

“When you’re in the cup games it’s about carrying that forward and going into the next round.”

Scott has featured in both games off the bench under manager Ryan Lowe since his appointment, and he understands the importance of a squad game.

“I think it’s a collective team, everyone’s involved,” he said. “Even when you come off the bench, you’ve got to be ready so when you do come into the game you’re 100 per cent fit, make sure you give it your all, and make sure you have an impact in the game.

“I think every time I come on the pitch, whether I start, it’s to score goals and to make something happen, so hopefully this weekend it starts again for my goals.”

Watch Scott's full interview on iFollow PNE at the top of this page.