Ryan Lowe is confident his Preston North End side can push themselves up the Championship table if their performances continue at their recent level.

Ryan Lowe is confident his Preston North End side can push themselves up the Championship table if their performances continue at their recent level.

PNE have taken eight points from their four league matches since Ryan’s arrival at the beginning of December, and currently sit 14th in the table, with just goal difference keeping them outside of the top half.

When the manager was first appointed, one of his early aims was to push the Lilywhites in to those top 12 positions, and he believes they’re on the right track to do so.

He told iFollow PNE: “We’re not quite there yet but we’re within touching distance, I can see that.

“That will be our aim to finish as high as we possibly can and see where it takes us. That’s what we want, that’s what we’ve been brought in to do.

“We’ve galvanised the squad. We’re playing a different brand of football, a different philosophy and long may that continue because if we continue to perform the way we are, we’ll hopefully collect a lot more points to push us on up there.”

The next points on offer for North End are in South Wales, with Swansea City standing in their way.

Russell Martin’s side haven’t seen too much action recently due to postponements for Covid-19 reasons, and they occupy 17th position, with games in hand on the rest of the division. 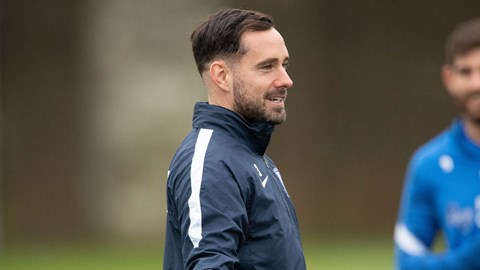 PNE did come out on top against the Swans earlier in the campaign, with goals from Sepp van den Berg, Emil Riis and Ben Whiteman earning a 3-1 victory at Deepdale, albeit under different management.

Speaking about Swansea, Ryan added: “They’re very well organised, very well coached. A brand of football that’s great, risky at times, but that’s Russ, he wants to do that.

“I play the same style myself, but I have different risk elements than Russ does. They’re always on the front foot and they want to play.

“So we’re looking forward to an interesting game of football because the turnovers are going to be tight. You can’t give the ball away too cheaply because they’d have it for a large spell and we’ve got to make sure that we set ourselves up right.”