Ryan Lowe paid his thanks to the Preston North End fans for reaching 10,000 season card sales for the first time in 50 years, saying their support will be a “big help” during the upcoming campaign.

The early bird discount has proven very popular among the North End faithful, with many existing and new supporters already securing their seat at Deepdale for the 2022/23 season.

After the total number of sales hit the 10,000 mark on Wednesday, the manager gave his reaction to iFollow PNE.

He said: “Credit where credit’s due to the fans. They’re paying their hard-earned money to come and watch us.

“It’s over to us to put the performances in on the pitch which we will do, but keep buying them, keep supporting us because it’s definitely going to be a big help.”

Ryan also added: “I’m sure the lads who are on holiday now and relaxing will be looking at their social media accounts and they’re seeing that we’ve bypassed 10,000 today which is great credit to the fans, so a big thank you from me, the players and the staff and everyone associated, but we need more of you.

“I did say when I came in I wanted to get Deepdale bouncing and that’s a big thing that sticks in my mind – that we want to get it full.

“If we can get as many as we possibly can through the gates for the season coming it will be an outstanding achievement.”

While the ticket office has been a busy place, there’s also been a couple of arrivals at Euxton this week, with John Lucas arriving as Head of Physical Performance and James Wallace joining as Chief Scout.

Lucas, who worked and earned promotions with Ryan at both Bury and Plymouth Argyle, was described as “one of the best in the business” by the gaffer.

Meanwhile, Fleetwood Town’s former Head of Recruitment Wallace, 30 years of age, knows the “industry inside and out”, and his main role will be to go out and watch matches to aid the recruitment process.

There’s been no personnel added to the PNE squad just yet – not counting Bambo Diaby who has penned a new contract – but the manager confirmed that deals are being worked on.

He said: “We’ve got a couple of offers out already. We’ve definitely got two out, we’re just waiting to hear back from them, which we feel is very positive. The talks went very well.

“Obviously further down the line we know what positions we need. We haven’t got a goalkeeper in the building so we’re on with goalkeepers, speaking to them, and strikers.

“I think the talks that we’ve had with the agents and with the players have been very good, and if that continues then hopefully we’ll have one or two signings in the next few weeks.”

The hope is always to get those new faces in prior to the players returning for pre-season, with the schedule so far including two confirmed games.

PNE will take on Bamber Bridge and Accrington Stanley away from home, while a trip to Spain has also been confirmed for July, with the hope of a fixture being confirmed for during the six-day camp.

Ryan added: “We’re hoping to get one or two more. Definitely if we can get one over in Spain that would be fantastic for us.

“We’ve got a couple of dates spare in the diary where hopefully we can get a couple of exciting games at home, which will be nice for our fans as well, to showcase the new signings.

“I think pre-season is massively important. The results are irrelevant, you can get some big hitters and you can play some good games against them.”

Now into June, the countdown to pre-season is on, with the PNE squad returning to Euxton towards the end of the month, ready to prepare for the Championship campaign which begins on 30th July.

“I can’t wait to get the players back in the building. They’ve all got their off-season programmes which I know they’ll stick to and we’ll get them back.

“First off they’ll have a few testing days and then there’ll be a full week of hard graft which is very hard, so if any of them are listening: know that it’s going to be tough so make sure they come back in good condition!

“And then obviously we’ll have a month or five weeks to get prepared for the first game of the season which is always exciting.”

You can hear much more from the manager in his full interview on iFollow PNE here, as he discusses more about season cards, his backroom appointments and summer plans. 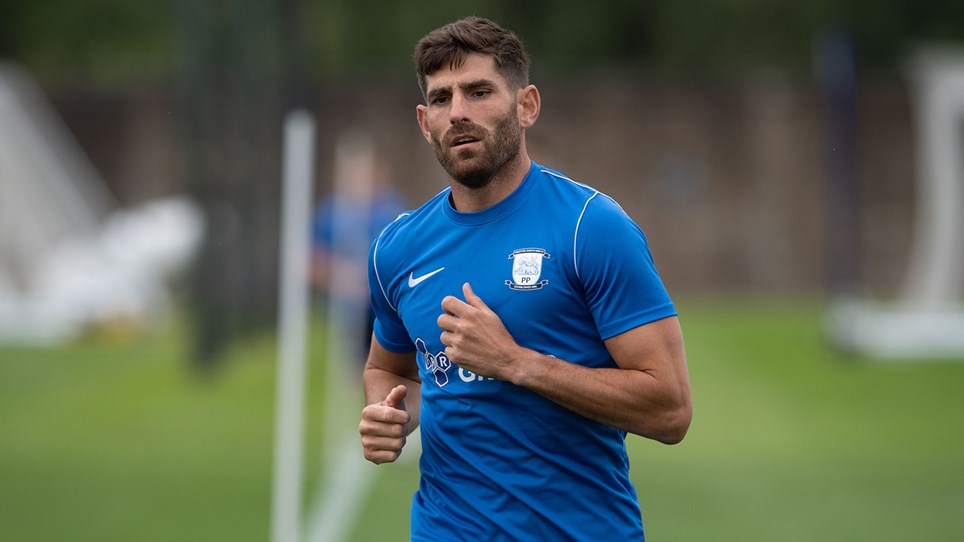 
Just under a week ago, Ched Evans was enjoying the “best day” of his life as he got married to long-term partner Natasha.


Harry Nevin has officially put pen to paper on a one-year professional deal at Preston North End, with the club having the option of a further year.


Preston North End will wear the 2021/22 third kit for the opening friendly of pre-season against Bamber Bridge on Saturday 2nd July.