Alan Browne said he was “disgusted” with the performance of himself and his team-mates in the 4-0 defeat against Luton Town.

Alan Browne said he was “disgusted” with the performance of himself and his team-mates in the 4-0 defeat against Luton Town.

Preston North End were beaten at Kenilworth Road in a performance which the club captain admitted was “massively” out of character for Ryan Lowe’s team.

PNE were three goals down at the break, before an unfortunate Bambo Diaby own goal capped off the home side’s victory.

Speaking to iFollow after the game, Browne said: “We were just miles off it. I think you can afford to have one or two players maybe having an off day, but when you have 11/12/13, subs included, having an absolute stinker you’re going to get what you deserve.

“I don’t think they did anything special to warrant a 4-0 win. You look at all the goals and they’re preventable, but there’s no fight, no heart, no passion. I don’t know what to say really.

“It’s absolutely not good enough. I’m disgusted with myself, with my team-mates. It’s just a shocker.

“The fans came in their numbers tonight and they didn’t get anything near what they deserved. They kept singing right until the end which is appreciated, but you want to give something back to them and make their journey worthwhile.

“If you’re going to lose a game, there’s ways to lose games and tonight was embarrassing.” 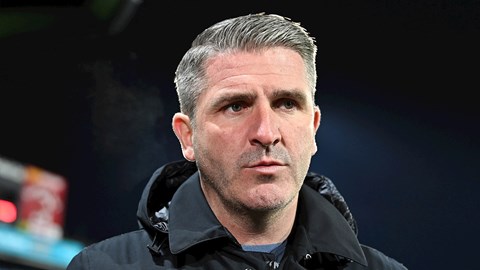 Manager Ryan Lowe, who was left equally as disappointed after the match, confirmed in his own post-match interview that the club would be reimbursing the 614 supporters who made the journey to Kenilworth Road for the cost of their ticket.

On the performance, Browne added: “We need to take a look at ourselves, every single one of us.

“We were miles off the park, got battered all over the pitch individually and as a team, and when that happens you’ve got no chance.

“It’s not like us, but that shouldn’t be like any team. We could have got 11 randomers off the street and they probably put in a better performance than that, it was disgraceful. It definitely won’t happen again, I know that much.”

PNE now have two and a half weeks without a match, with the next action to come against Derby County on Saturday 2nd April.

While manager Lowe would prefer his side to have a game this weekend to get straight back to it, Browney thinks a break could be positive.

“It’s probably a good thing that we’ve got a break to maybe look back at it, maybe forget about it completely, because we can’t ever let that happen again.”