Speaking after receiving a call-up to the Denmark squad, Daniel Iversen said he was “really happy and proud” to be joining his international team-mates for the first time since 2019.

The 24-year-old, in his second stint on loan at Preston North End from Leicester City, was a regular feature for the Danish youth sides, playing for each age group between the U16s up to the U21s.

While on loan with Rotherham United, he was called up to the senior squad for the first time after an injury to Frederik Rønnow, but his performances at PNE have now earned Dan a second call-up.

He told PNE.Com: “Of course I’m very happy because it’s the first time I’ve been properly called up.

“I was called up about three years ago, but it was because there was a goalkeeper who got injured, so I was only there for about three days. 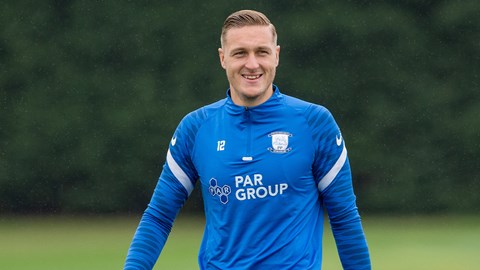 “So this will be the first time I’ve really got into the squad. It’s always a good thing to be involved, and it’ll be good to meet the manager and the new goalkeeper coach.”

Having impressed in between the sticks so far this season, the goalkeeper has regularly been asked in interviews whether a call-up to the national side was on his mind.

He has always maintained his focus has remained on club football, but now that it’s come he’s pleased to be heading on international duty.

Dan added: “Of course it is on my mind all the time when it’s been close, but I don’t really want to focus on it.

“My focus is always here and that’s why I don’t really speak about it, I just want to focus. But when he’s called me and said they want me to go I was really happy and proud.”

The shot-stopper, who has featured in every Championship game so far this season for North End, will train alongside Leicester City team-mate Kasper Schmeichel and Union Berlin man Rønnow.

Denmark are preparing in Marbella for a trip to the Netherlands on Saturday 26th March for a 7.45pm kick-off, before returning home to face Serbia on Tuesday 29th March at 5pm.

Asked if he’s expecting to feature, Dan responded: “I don’t think so, but you never know in football, anything can happen.

“There’s two friendlies and it’s the first time I really get to meet the manager so I’ve just got to train well, show them how I am as a ‘keeper and as person.

“He loves to have good personality in his squads so I’ll just be myself and we will see.”