Ryan Lowe was pleased to see his side secure a home win that he admitted had been ‘a long time coming’ as Preston North End came from behind to beat AFC Bournemouth at Deepdale.

Ryan Lowe was pleased to see his side secure a home win that he admitted had been ‘a long time coming’ as Preston North End came from behind to beat AFC Bournemouth at Deepdale. 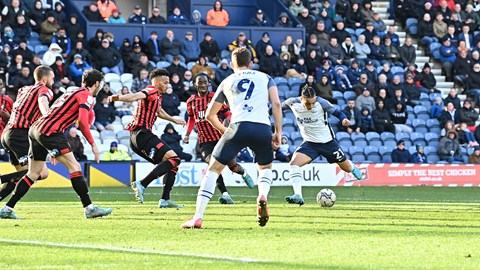 Jamal Lowe’s goal put the Lilywhites on the backfoot inside five minutes of the second half restart, but a quick equaliser from Cameron Archer and a late winner from Emil Riis saw the hosts claim all three points for the first time at home since Lowe’s first game in charge in December against Barnsley.

And the gaffer felt that was down to the commitment of all of his players were involved against the Cherries.

He told iFollow PNE: “I thought they were fantastic, it was a long time coming really. Our last home win was Barnsley. The lads have been playing some fantastic stuff and not getting the results that they want. We’ve been picking up draws and playing well.

“When you come up against a team like Bournemouth, who are probably one of the best teams in the division and it shows with where they are in the league, you’ve got to make sure you’re 100 per cent on it and I thought every single of one of our lads today stuck to the game plan.

“They fought for everything, they passed in the right areas, they defended at the right times. I think the two goals were fantastic, to score two good goals from our point of view and the way we play and the way we want to play was brilliant.

“We’re disappointed with their goal, a lack of communication maybe, and you’ve got some good players who can nip in behind you and score. I thought the effort and application about the lads today, you could see that win was coming, whoever it was going to be against, so I’m really pleased.”

The manager credited the way that his team responded from going a goal behind.

“When you go behind to a goal like that, it’s always wanting to try to put it right. I think the group in itself put it right for each other.

“The lads have gone up the other end and bailed them out. The back lads have been fantastic, as you well know, since I’ve been through the door, and I want that to continue, but when we’ve got firepower at the top end of the pitch that can create and score goals, you’re always in with a chance of winning a game of football. They deserved the win.”

Bambo Diaby made his full debut for the club at the heart of the backline and Ryan felt his selection was just reward for his ‘attitude and application’. 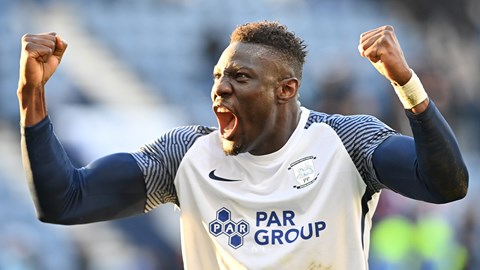 Bambo Reminded Of His Love For Football

“I’m pleased for Bambo, he’s had two years out, we’ve just given him a round of applause in there – fantastic.

“To come in when you get in the team like that, coming into a good footballing team, a team that’s been keeping clean sheets, it’s always tough, isn’t it? But I thought he was fantastic.

“We’ll have to get him in and recovered now, he’ll be the fittest man ever now over the next few days! I’m really pleased for him because he had a long time out, he’d be disappointed not playing, but I thought his attitude and application was spot on today.”

The manager brought his end-of-game fist pumps often seen on the road to Deepdale at full-time and was again pleased with the backing of the fans.

“I realised towards the end when I was doing my fist pumps that I had to do two because I couldn’t leave them out! When this place is bouncing – and that’s what we want to start trying to do, it’s get [there] slowly but surely, it’s getting thicker and faster and there are more fans coming in, they’re singing a lot more.

“It’s up to us to start putting bums on seats again, to get the fans back in, to put performances in like we did and send them home happy which we have today so I’m very pleased for them.”