Ryan Lowe said Preston North Eend were ‘well worthy’ of a point at the Cardiff City Stadium, but felt his side could have taken all three on offer at the home of the Bluebirds.

Ryan Lowe said Preston North End were "well worthy" of a point at the Cardiff City Stadium, but felt his side could have taken all three on offer at the home of the Bluebirds. 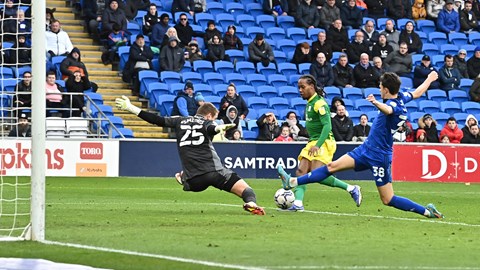 A goalless draw was played out between the sides in South Wales despite North End having the better of the possession and arguably the chances too, with Daniel Johnson perhaps most unfortunate of the visiting pack not to have got his name on the scoresheet.

The point maintains Lowe’s record of just one away defeat in the Championship since taking the reign at Deepdale in December, but the gaffer felt his team could have come away with an even sweeter result this afternoon.

“It’s a well-deserved point but I think we possibly could have had the three,” Lowe told iFollow PNE. “I think we had the best chances, we just didn’t find that ruthless cutting edge.

“They caused a bit of a problem when they brought the big man [Uche Ikpeazu] on, he was launching balls up to them and he was getting hold of it, but sometimes in those situations you cause your own problems and I said, ‘Lads, just relax a little bit.’

“It’s a point that I’m happy with but again, it’s the same old story that if we had that cutting edge at the top end of the pitch and find that right pass or that lucky bounce falls to us rather than to them, I’d be more happy.

“But the lads gave us everything out there today, they worked their socks off, it’s a tough place to come, the way Cardiff play. It’s a well-earned point.” 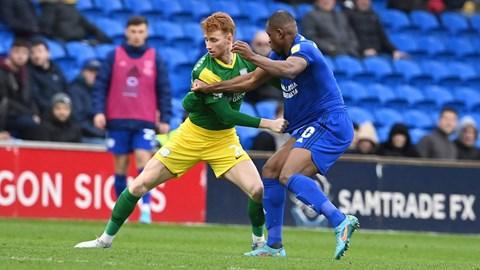 “They look to get the ball in your half and play from there. I thought we nullified that in large parts early on and in the second half, I said, ‘Have that belief that you can go and win the game of football,’ and they certainly did.

“It wasn’t for the lack of trying, it might just have been the lack of quality at the top end.”

Expanding on that point, the gaffer praised the players’ collective work rate and reaffirmed his belief that his side can get a result against any side in the Championship.

“The lads are shattered in there, they’ve probably ran 10, 11 or 12k. If we keep the ball better in certain areas, we’ll be better as a team. I think we were well worthy of a point.

“I think we had 58 per cent possession and nine attempts on their goal, not many on target, but we’re getting there. It’s nearly 550 passes and 450 of them completed. It is good and we can do that, we know that now, up against any team.

“They’re the things we have to keep working on on a daily basis. I’m always confident that my team can go anywhere on the road in the Championship and perform.”

A final word from Lowe saw more praise for another admirable travelling contigent of North End fans following the team on the road with 554 supporters inside the away end at the Cardiff City Stadium.

“Brilliant, as always,” Lowe added. “We didn’t know how many of them were going to come but 530, they could easily have stayed at home. But they’re here in their numbers and once again we always thank them for their support.”