Watch Paul Huntington’s final interview as a Preston North End player, as he looks back on his ten years with the club following his farewell at Deepdale.

“I’ve lived and breathed it, and I’m just grateful that it’s been a successful period for the club, and I’d love nothing more for the fans, for the lads, the staff and everyone involved, to get to the next level.”

After ten years, 306 appearances, 18 goals and one promotion, Paul Huntington’s time at Preston North End has come to an end.

Affectionately known as Hunts – or the Cumbrian Cannavaro – the central defender has etched his name into the history books of the football club, as well as the hearts of all those who support PNE.

The 26th man to join the illustrious ‘300 Club’ enjoyed one final competitive bow at Deepdale in the last game of the 2021/22 season, taking in the deserved outpouring of thanks from those in the stands and those alongside him on the pitch.

It was a day filled with emotion, from the moment he came on as an 80th-minute substitute, to being passed the captain’s armband by Alan Browne, to receiving a commemorative shield for his service to the football club, stood alongside wife Lindsey and daughter Dolly.

Speaking about the fans after the game, Paul said: “Just a big thank you to them, to my teammates and to the staff, but the fans have been brilliant with me.

“They’ve made me feel ten feet tall by singing my song. While it’s not an individual sport, it’s a team sport, it’s not been about me.

“But they’ve made me feel right at home and I’ve got a lot to thank them for because they drove me on, and I’ll always be one of them now.”

Looking back on his career at the club, which began in the very busy summer of 2012, Hunts described it as a “great journey” and one he admits he is sad to see come to an end.

There’s many moments you could pick out from his time as a lilywhite, probably none mentioned more than that famous goal at Wembley which helped North End return to the Championship. 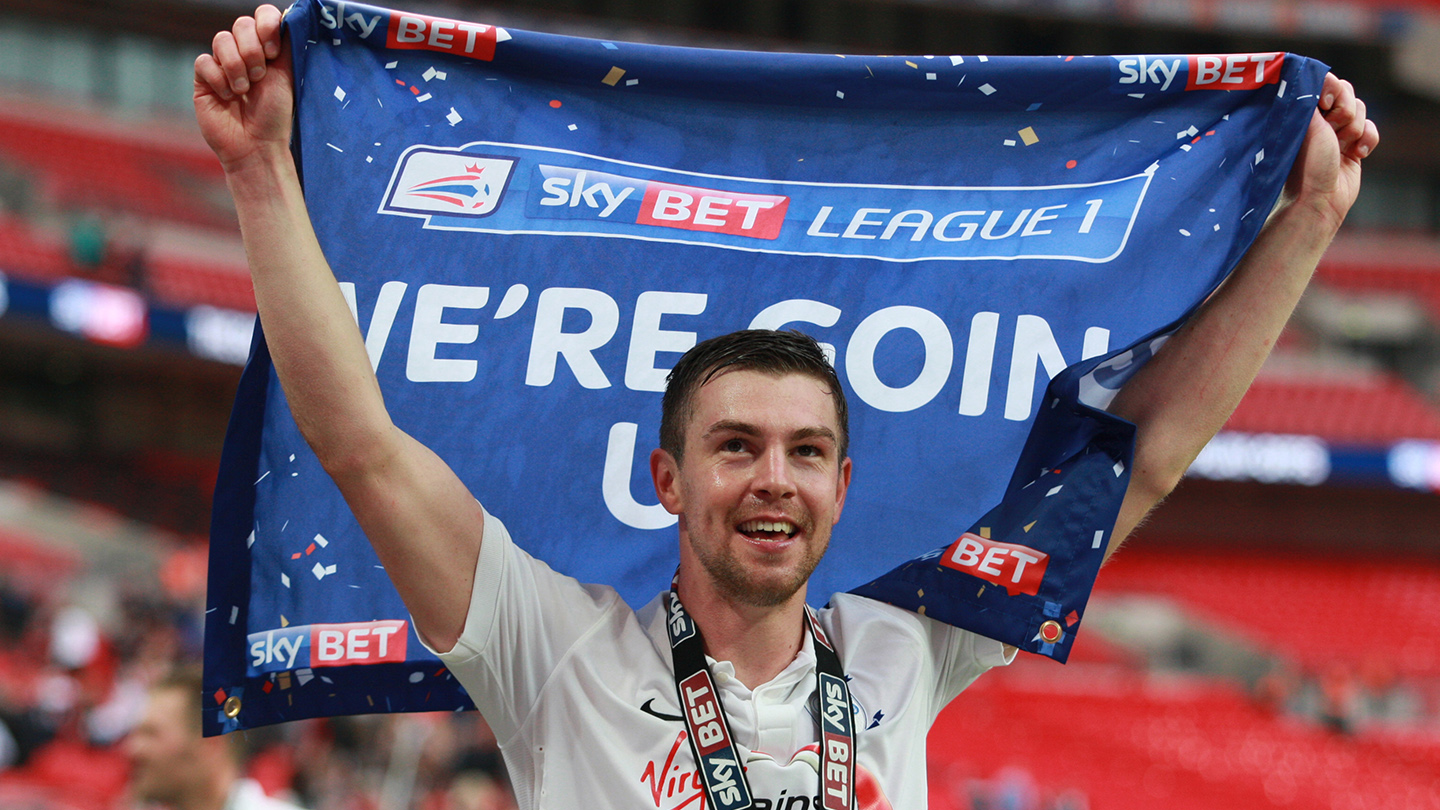 The central defender was named as the club’s Player of the Year for that promotion campaign, and he played an equally key role in the second tier too.

Now at the end of his contract, Paul has said his goodbyes to fans, staff and teammates alike – who he may see again in a pre-season testimonial – and he is confident in the ability of those left behind in the changing room.

He added: “The lads were wanting a speech in there so I just said make sure you keep that togetherness and team spirit because it’s a great bunch and you don’t get that everywhere, and just make sure you stick together and drive each other on, because that’s what they’ve done for me.

“They’ve tested me every day to make me better in training at Euxton, and Springfields before that, and as I said earlier I can only wish them success.

“Obviously I’m gutted at the same time that I’m not going to be a part of it, but I can say that I’m proud to have played my part in a successful time I would say.

“I know we’ve been in the Championship for seven seasons now, and I’d probably put that above the Wembley experience because it’s the next level and you’re testing yourself against better players.

“I played a lot of games under Simon Grayson, Alex Neil, obviously not so much this season, but they’ve played a massive part in improving me as well and giving me the opportunity to go and play the number of games that I have.

While PNE will be the first team he checks the score of at 5pm every Saturday, he’s hoping that will follow 90 minutes of action with whichever team is next in his career.

Admitting his preferred destination would be a team close to home, Paul isn’t against relocating for a couple of years if the move is right – but either way, he’s not ready to hang up his boots just yet.

“I’m hoping to play on for at least another two years,” he told iFollow. “I still feel able, fit and available all the time.

“I’m gutted that I haven’t been more involved this season. It’s been hard going from nine years previously playing a lot of games for this football club and being a big part of it, to then not. It has been difficult at times, my family will tell you that.

“But it’s a new era. The club’s got to move forward, and as I said earlier, that’s football.

“No bitterness; no grudges. I’ve looked the manager in the eye and thanked him for everything, even though I haven’t been playing it’s been an enjoyable time since he’s come in.

“There’s a buzz around the place, and I’m hopeful that next season can be a successful one for the football club.”

PNE have come close to achieving the end goal which everybody wants – reaching the Premier League – during Huntington’s time at Deepdale, including the 2017/18 campaign when North End finished seventh.

Now under new management, with Ryan Lowe in charge, Paul feels that he’s leaving the club behind in a good place to go and make that next step, and he’ll be a keen onlooker for the rest of his life.

He concluded: “It’s been a massive part of my life, not just on a Saturday but day to day.

“I’ve lived and breathed it, and I’m just grateful that it’s been a successful period for the club and I’d love nothing more for the fans, for the lads, the staff and everyone involved, to get to the next level, because that’s what everyone wants, isn’t it? The promised land.

“I think everything’s set up [for the Premier League]: the training ground, the squad we’ve got – obviously add to it, there’ll be changes in the summer I’m sure of that. 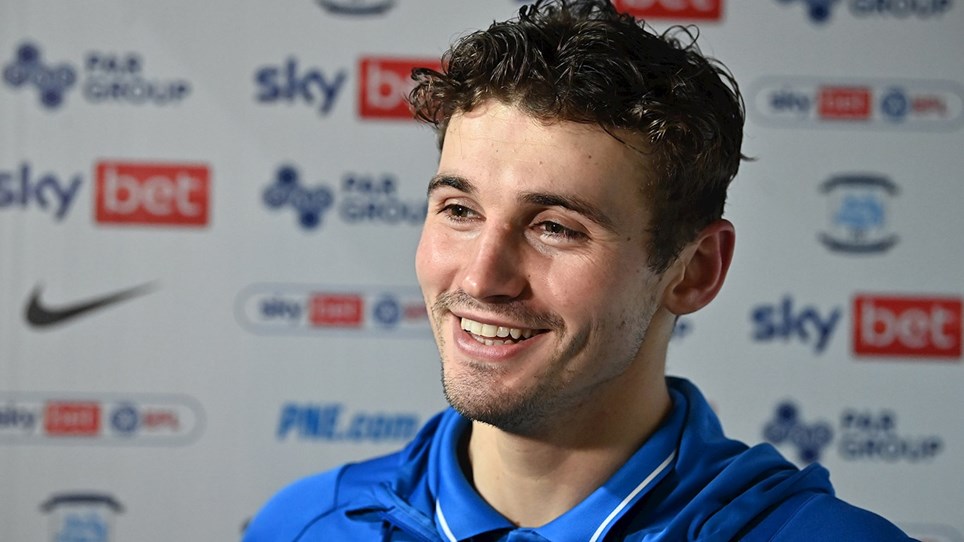 
Ryan Ledson recognised the importance of Preston North End marking the start of Ryan Lowe’s tenure as manager with a victory – as the Lilywhites beat Barnsley 2-1 – while the midfielder also... 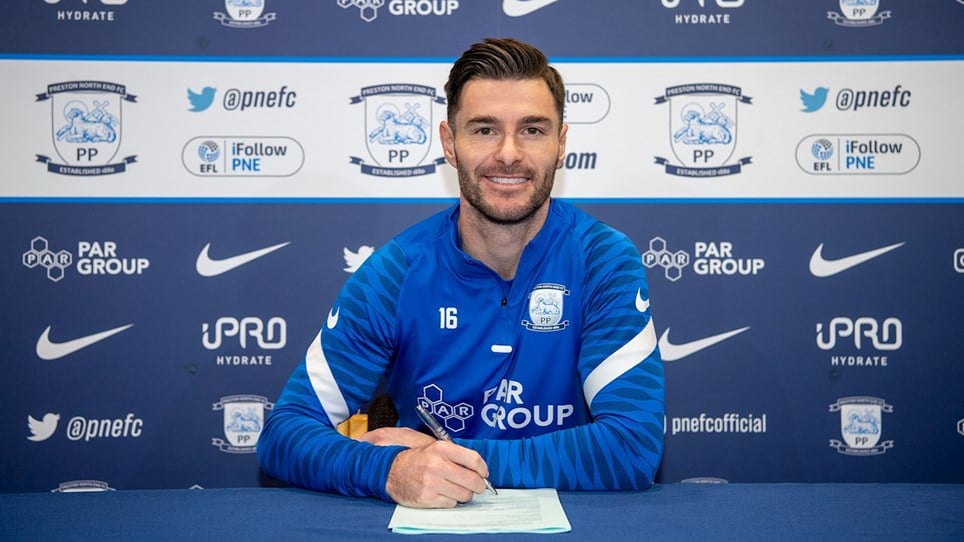