Preston North End Sports Science Assistant Luke Hemmings has begun training for a gruelling physical challenge to take place at Deepdale in May next year, in aid of the charity Dementia UK.

Luke is set to scale the equivalent of three times the height of Mount Everest by walking up and down the steps to the top of the Alan Kelly Town End at Deepdale, which is expected to take a total of 72 hours to complete.

During that time, Luke will need to complete 780 laps from the bottom to the top of the stand, and back down again, to scale the equivalent height of Everest; a staggering 29,032 feet, which he will complete a total of three times!

Luke will be completing three 24-hour-long stints of scaling up and down the Alan Kelly Town End, over the course of five days, to acheive his goal with his challenge set to begin on Monday 29th May 2023.

Luke will be fundraising for Dementia UK, the specialist dementia nurse charity. The charity’s Admiral Nurses provide life-changing care for families affected by all forms of dementia.

While the challenge will not take place until next year, the intense training has already begun for Luke, who – during Dementia Action Week – explained his motivation to fundraise for Dementia UK.

He said: “I wanted to do something next summer because it gives me a year to train, and it will then have been five years since I did a decent fundraiser.

“People have asked why I’m doing it next June and it’s purely for the fact that a lot of training is going to be required because of how tough it’s going to be.

“Dementia is quite prevalent in the world now and I wanted to do something to help where possible. I did my last fundraiser for Prostate Cancer and rather than raising money for one charity, I wanted to raise money for another charity that’s close to everyone’s hearts.

“The statistics around Dementia are staggering, with how many people are suffering, so I wanted to help those people. It’s not just the people that have Dementia but the people around them as well.

“There are 10 million new cases [according to Alzheimer’s Disease International] every year, but if you were to give a rough estimate of how many people are diagnosed with it, I would imagine that people would estimate staggeringly lower than what it actually is. I was the same when I was looking up the statistics on it.”

He will be fundraising for Dementia UK as part of the challenge – which will be the latest physical feat he looks to conquer after having raised an incredible £30,000 for Prostate Cancer UK in 2018 with his ‘Luke’s UK Event’ efforts.

On that occasion, Luke cycled from John O Groats to Land’s End within the space of seven days, and incredibly, immediately after, ran 14 marathons in 14 days to cover 356 miles from Land’s End to Dover. 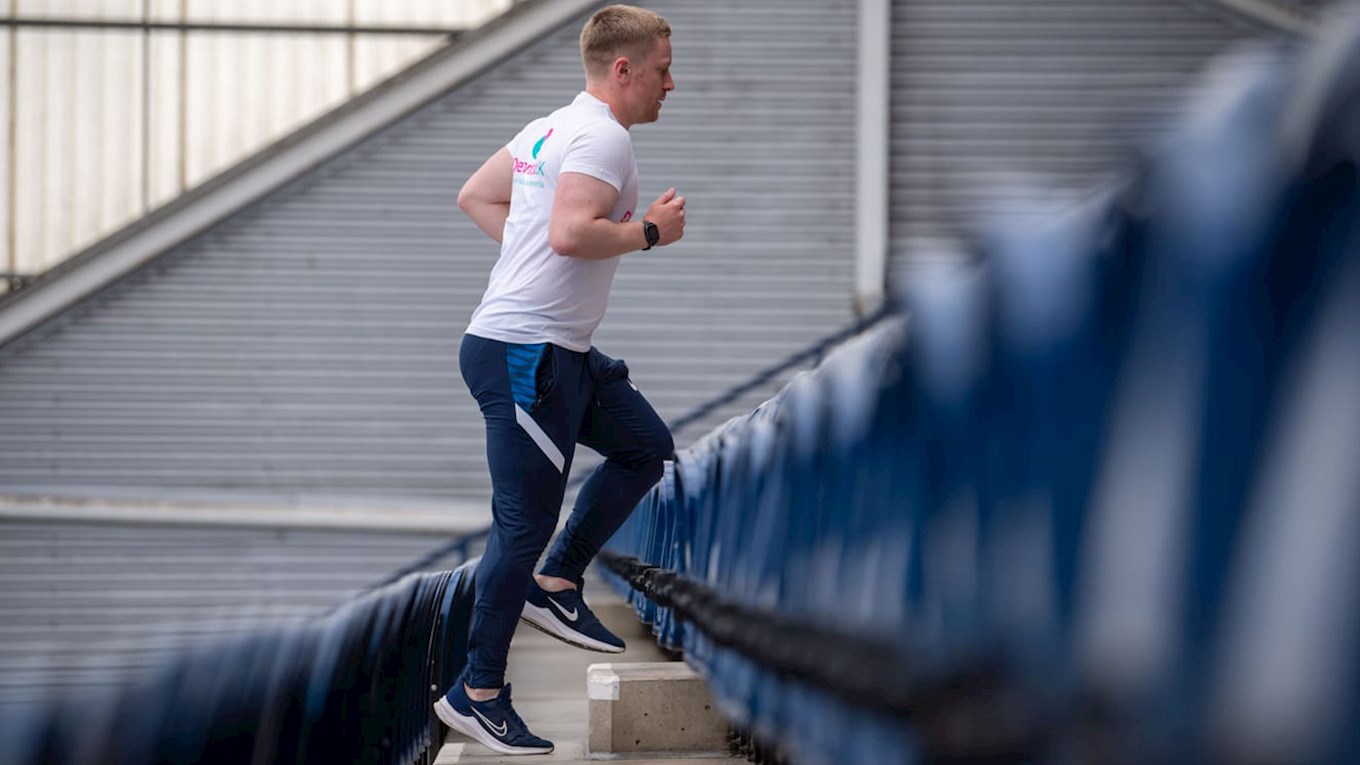 This time around, Luke will be staying on home turf at Deepdale – but his challenge will be no less difficult, and his preparations are already well underway, both physical and mentally.

His motivation for basing the challenge on Mount Everest stems from the 14 Peaks documentary. With the challenge expected to take 72 hours, Luke will be looking to go for 24 hours straight on alternate days when his challenge begins next May.

He added: “Looking back on the last event, I prepared massively physically, but not too much on the mental side because I didn’t think it would come into it, but it did.

“With this event being based in one place, and there being quite a bit of monotony going up the same set of stairs for 72 hours, I think a lot of psychological behaviours and training will help.

“It’s not the going up that will be the hardest part, it will be coming down, because that’s where the eccentric force going through the muscles and the joints happens.

“Something that has to be factored in is that I will be going up and down the steps when it’s dark as well. You’re entering into lonely territory where people won’t be there to support you. There will be a lot of mental training.

“I want to go in as light as I can but I want to do that healthily rather than losing lots of weight close to the event. I’m on a weight loss plan where I can healthily do it without affecting other things.”

The session takes place every Tuesday at Deepdale from 11am until 12.30pm, with more details available by clicking here or by emailing grace.birtwell@pne.com.

With a fundraising target of £10,000, you can support Luke’s fundraising efforts by clicking here.