As Championship action pauses while the 2022 World Cup takes centre stage, Ali McCann admits he has strong ambitions to feature at a major international tournament during his career.

The PNE midfielder – capped 16 times by Northern Ireland – feels the break from club football will give everyone the chance to reset following a busy period, but he’d much prefer to be heading abroad to represent his country.

Northern Ireland, though, didn’t quite do enough in their group to qualify, with Switzerland and Italy finishing above them.

In fact, it is not since 1986 that the 'Green and White Army' took part in a World Cup competition, but it’s something that Ali still dreams of.

He said: “I think every player has watched them growing up.

“The 2006 World Cup is probably the first I properly remember and the first I was properly aware of, watching [Zinedine] Zidane. 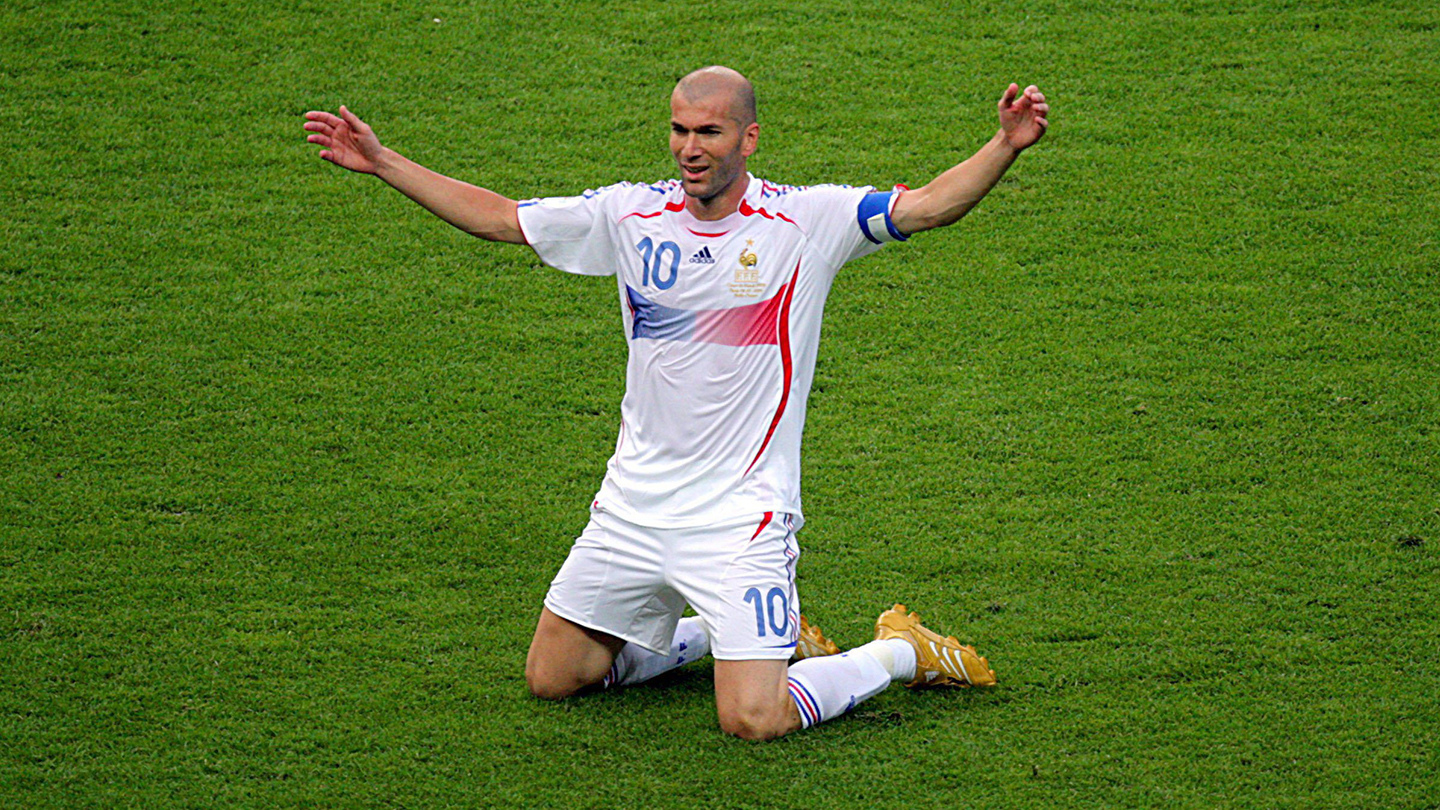 “To be in and around something like that will be amazing and hopefully at some point in my career it’ll happen.”

It may have been a while since they were last at a World Cup, but many of Ali’s international teammates have experienced a major tournament.

They made it through to the 2016 European Championships in France, and they managed to make it out of a difficult group consisting of Germany, Poland and Ukraine, before being beaten by Wales in the Round of 16.

“It’d be class,” he added, about the possibility of playing in such a competition.

“It’s one of those things that rarely comes around, so if we could possibly be involved in something like that anytime in my career it would be unreal.

“It’s definitely a goal of mine to be a part of that, and the lads who were in the Euros in 2016 speak so fondly about it looking back. 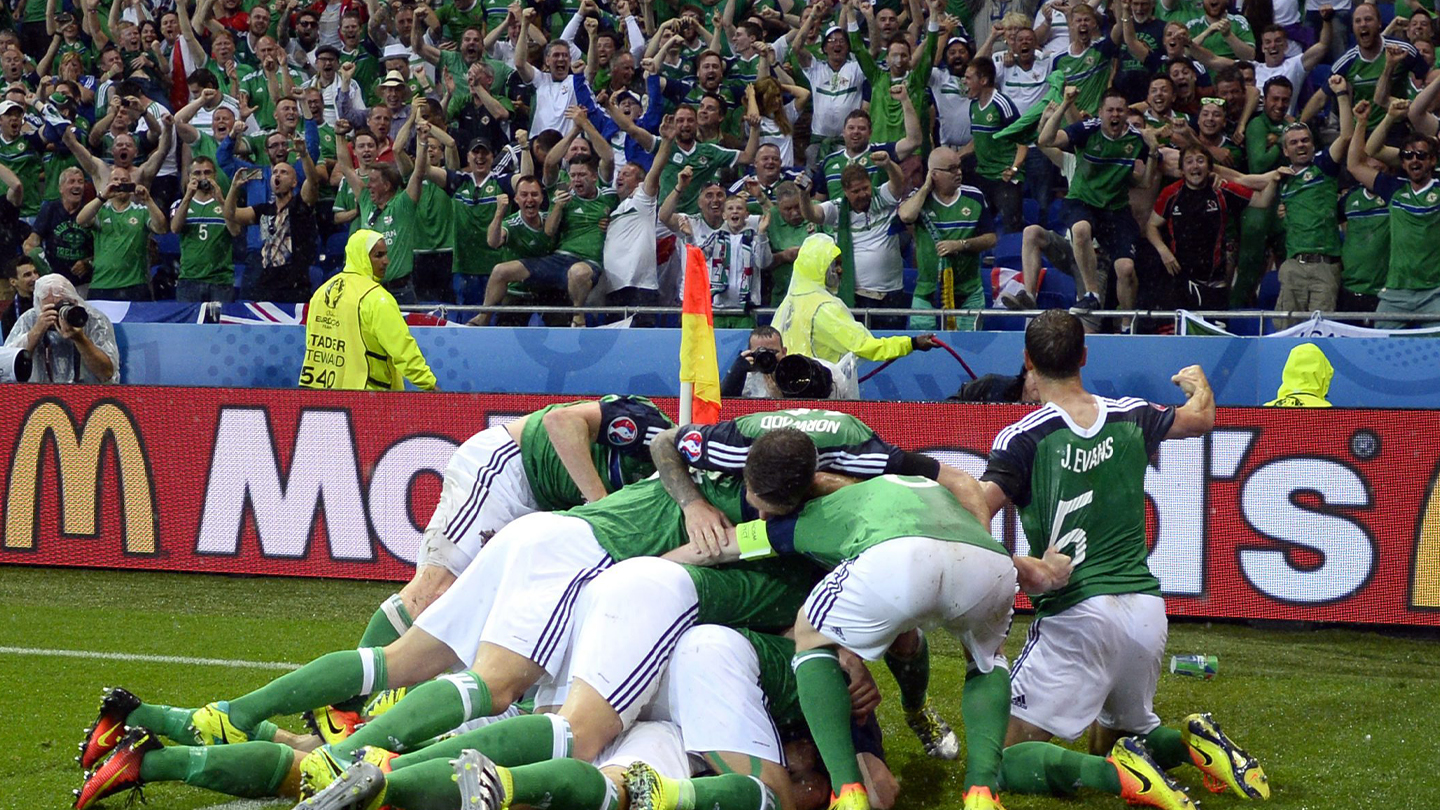 Northern Ireland celebrate taking the lead against Ukraine at Euro 2016.

“You see videos of the games and it just looks class, so it’s definitely something to aim for.”

Northern Ireland are actually currently without a manager, having parted ways with Ian Baraclough in October following a disappointing Nations League campaign.

That means that by the next time international football comes around – in March, when qualification for Euro 2024 begins – there could be a new man for PNE’s No.13 to try and impress.

Ali said: “I’m sure they’ll make a good decision and then after that we’ll be looking forward to March.

“We got quite a good draw in our qualification group, so hopefully we can go into that Euro campaign looking positively to want to be up there.

“With a new manager coming in, everyone wants to make a good first impression, like everyone did when the manager came in here.

“The intensity will be high and everyone will be at it when we go back, which will be good. 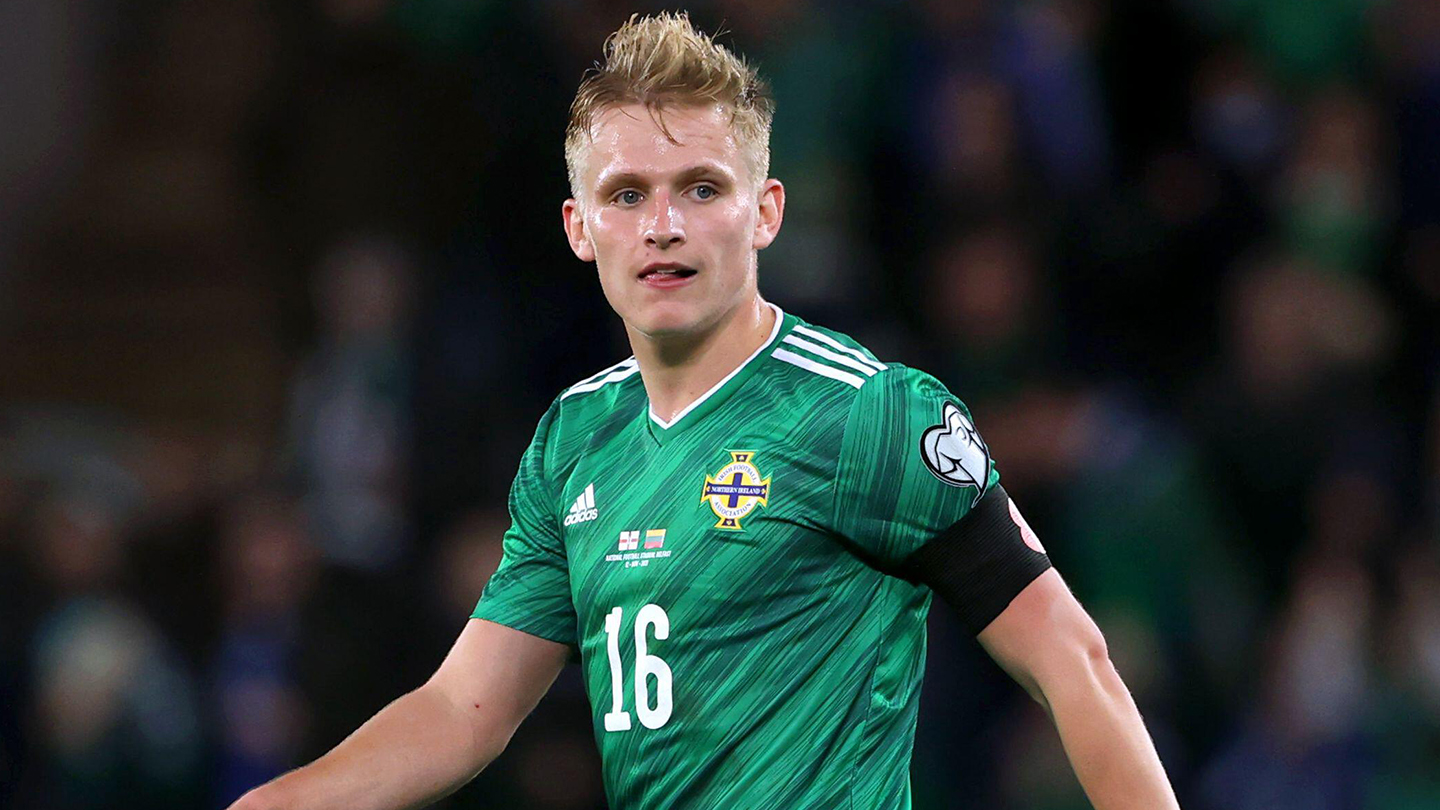 Ali in action for Northern Ireland.

“I think we play San Marino first, so it’s a good opportunity for us to put in a strong performance, get off to a good start under the new manager and start the campaign well.”

The midfielder’s focus for now though is very much on Preston North End, and Ryan Lowe’s side head into the break sat level on points with the final Play-Off spot.

“It’s a mad league,” chuckled Ali. “If you lose a couple you can find yourselves quite far down, but if you put a couple of wins together it pushes you right up.

“You don’t want to read too much into the league table at this stage of the season, but as long as you’re picking up as many points as possible that’s all that matters at this stage.

“We’re going quite well at the minute. We’ve had a few good results recently and it’s just a case of trying to kick on and continue a good run to put us up the table.

“We are in and about it on the back of those results, and now it’s about us trying to stay there and then kicking on really.”

On a personal note, Ali has enjoyed a good run in the side, having featured in all matches in all competitions since the middle of August.

Many of those have been as a starter recently, which the 22-year-old feels has helped him get into his stride.

Ali said: “I’m feeling good at the minute. I’ve played plenty of games and I always said, even when I wasn’t playing, that I keep myself ready for the opportunities. 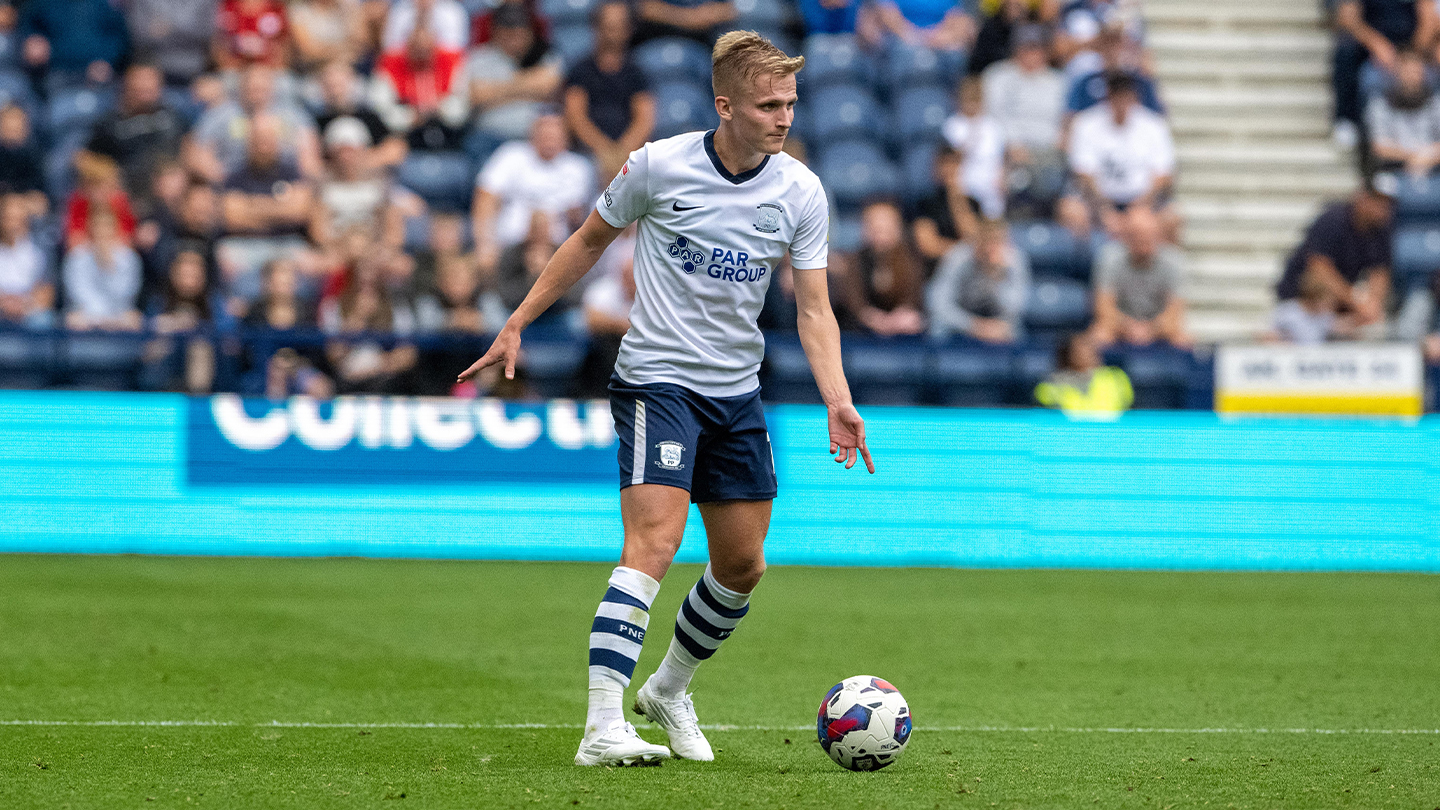 Ali has featured 21 times for PNE in all competitions so far this season.

“I’ve been happy to be in, and hopefully the games will keep coming.

“As I’ve said ever since I’ve been here, the quality we’ve got here is huge, so you’ve really got to keep performance levels high or you’ll be back out because there’s plenty of capable replacements.

“We’ve got probably six or seven midfielders who are equally as capable and obviously everyone’s got their own different qualities, so it is good to be a part of and everyone challenges each other which can only be good for everyone involved to be honest.”

Now with over 50 appearances to his name in a North End shirt, it feels a long time since Ali first stepped on to the Deepdale scene in August 2021.

He made the move to Lancashire from Scottish Premiership side St Johnstone, who he joined as a young teen from Hutchison Vale – where he played with his brother Lewis, who now plays for Dunfermline Athletic.

“My dad asked if I wanted to go and play for my age group so I went there [Hutchison Vale] and stayed there until I was about 14,” he said.

“Then about five of us got to sign for St Johnstone and then I stayed there for maybe six years before coming down here, so I’ve not had to move around too often.

“As a kid, it’s always a dream because you run around kicking a ball around at school, every minute just wanting to play football.

“Then I got my first pro contract at St Johnstone at 16 and even then you’re not sure where it’s going to go.

“Probably when I was about 18 or 19 I was in and around the first team, playing for them, and since then I’ve not really looked back.” 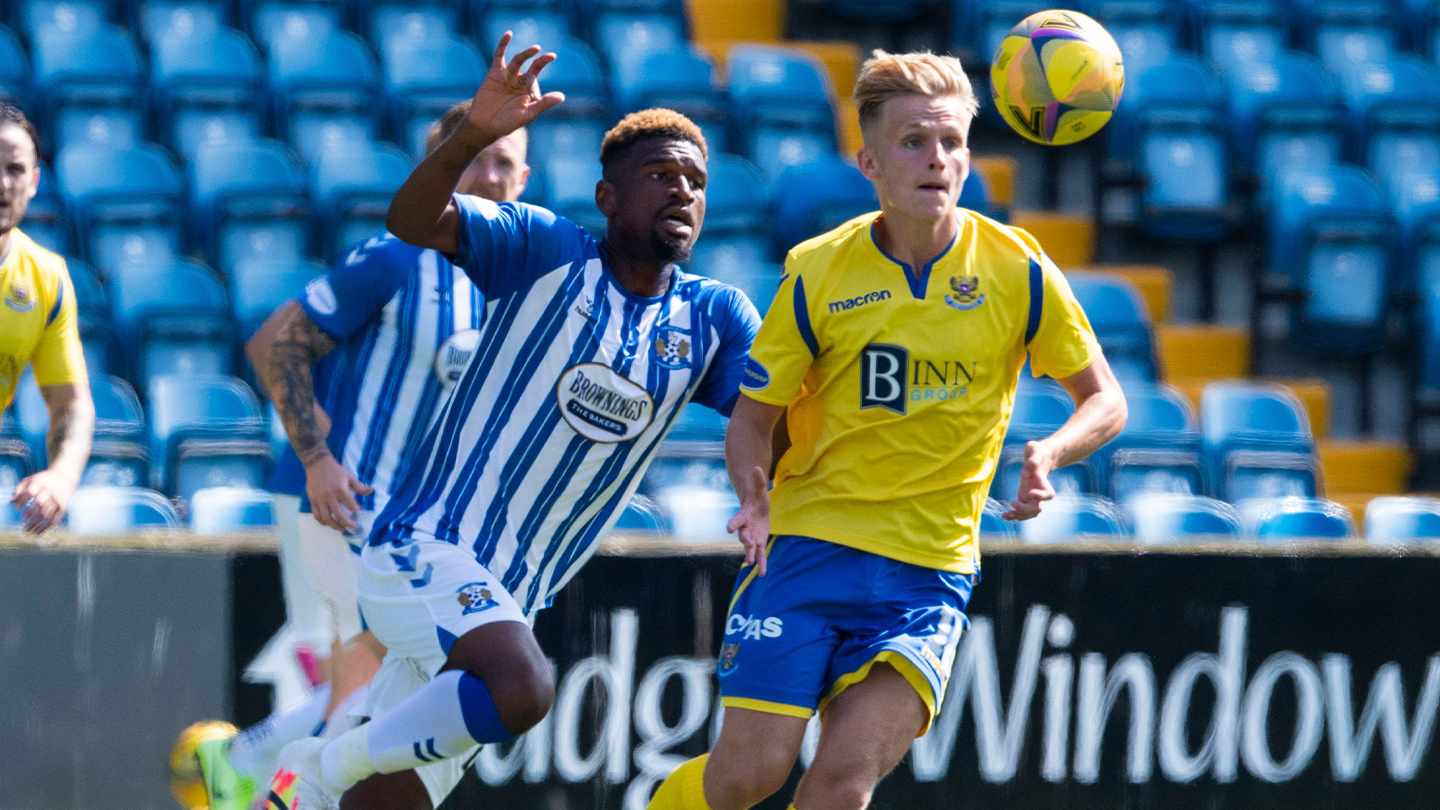 Ali in action for St Johnstone against Kilmarnock in August 2020.

Of course, even at that stage when a pro contract comes and debuts are made, it’s never a sure thing that a career in football will last.

“It always plays on your mind when you’re young,” Ali admitted.

“I never really thought about a back-up properly, because I was so hopeful that football would work out.

“I did quite well in school, so I always thought if I needed a back-up I could go and do something educationally, but I was sort of hoping I wouldn’t need to.

“I actually quite enjoyed school; I had a good group of friends.

“It wasn’t a case of ‘I need to leave here’, I quite enjoyed my time in school. Obviously you don’t want to leave all your mates, but the opportunity to go full-time in football was too good to turn down, and I’m obviously happy I made that decision.”

Ali certainly never just up and left his life behind either, as he still remains close with a number of those who he went to school with.

“There’s maybe like eight or nine of us in a big group,” he said.

“Some of them come down to the games every now and then.

“Four or five were down at the Boro game and they stayed at mine, and we go out if we get the chance.

“They stay in touch and we always meet up for a coffee or get some food or something, so it’s nice to have that good group.

“Whenever I go up the road I always try to meet up with people as much as possible, too.

“I’m in touch with them pretty much every week to be honest so they’re still sort of dotted about – Edinburgh, Glasgow, Dundee, so whenever I’m back in Edinburgh we try to sort something.

“It will be nice during this break to spend time with friends, family, all that sort of thing.

“Then we’ll be buzzing to get back and ready to go.”