Ryan Lowe will finish off preparations with his Preston North End side down in Reading on Friday morning ahead of the 8pm kick-off.

Ryan Lowe will finish off preparations with his Preston North End side down in Reading on Friday morning ahead of the 8pm kick-off.

It’s been a quick turnaround for the team following Tuesday night’s victory over Swansea City, with the group traveling down south on Thursday afternoon.

With the fixture being selected for Sky Sports coverage, the game has been brought forward to Friday evening from its usual weekend afternoon slot, so preparations have had to change slightly.

Ryan told iFollow PNE: “They are different, especially [with the game being] on a Friday because we’re traveling down today.

“We’ve got to prep a little tomorrow morning down in Reading; we’ve got a pitch hired out there so we can finish off preparations.

“It’s important we do that because we’ve got to make sure. The turnaround’s so quick it’s untrue, but it’s the same for them as well.

“It’s the same for both teams when you play Tuesday and Friday. We’re no different so we’ve just got to make sure we plan right and I’m sure we will.”

Things were probably made slightly easier for Ryan and his staff in advance of the fixture, given that PNE have won each of their last two matches. 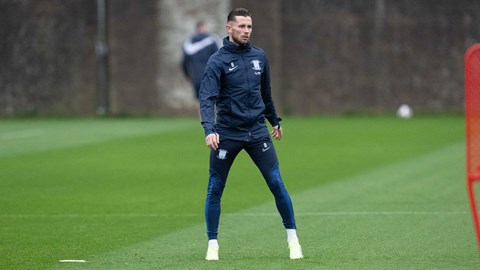 Home victories against Middlesbrough and Swansea City within the past week have shot North End up to seventh in the table, and another three points would see them end Friday night in the Play-Off places.

“When you lose games of football in any league, you want to get the next one to put it right.

“I always believe if you put in a good performance you’ve got every chance of winning a game of football, but of course we know there’s a team standing in our way that want to get back to winning ways also.

“But what we’ve got to do is be full of confidence and go there with a gameplan, and hopefully we can take a result.”

The manager will be forced into at least one change from the victory over the Swans, with midfielder Ben Whiteman set to miss the next two fixtures due to a thigh strain.

In terms of North End’s hosts, Reading come into the fixture on the back of an indifferent run which has seen them take one win from their last seven games – however, they boast one of the division’s best home records.

On the Royals, Ryan said: “They did have a good start to the season and that just shows what they can do and the type of players they’ve got.

“They’ve got some good players and I’m sure Paul [Ince] will leave no stone unturned in trying to get the club to win more games of football.

“They had a fantastic start, yeah they’ve had a bit of a dip but that’s the Championship.

“I think they were unlucky last week against Burnley [in a 2-1 defeat]. They possibly should have had a penalty, which they were disappointed in, but again we’ve got to worry about what we can do.”