It is crazy to think that PNE’s No.1, who is now so established as a professional footballer, at one point in his life genuinely believed he would ply his trade as a roofer.

Growing up around his father Andy – a goalkeeper himself who played for the likes of Northampton Town and Brentford – Freddie was always fascinated by football and everything that comes with it.

However, there was a time when he thought he’d “missed the boat” to become what he’d dreamt of being, and there came the idea that he would follow instead in the footsteps of his granddad to become a roofer.

Freddie said: “He always instilled in me that if you have a trade then you’ll always be alright, so I really thought at that time, that was the way forward.

“I really thought that would be the one. So in the school holidays, and on the weekends, I just used to labour for my granddad, going up the roof and carrying the tiles up and down just to make a few quid.

“It got to that stage in school where you have to pick your options and I wasn’t very academic, so I thought that would be my life.

“To be honest, it was pretty hard work. I still joke with him now that I could have done a little bit more roofing in my spare time, but obviously things changed.”

As it was, football did make its way to Freddie when he found his position as a goalkeeper.

One day at school in a PE lesson down in South London, he decided to put the gloves on and have a go in net, and his teacher – a coach at Crystal Palace – clearly saw something in him which he liked.

Freddie said: “He managed to get me a trial at Crystal Palace Park in Beckenham and I had my trial, and I sort of just went from strength to strength from that point.

“I managed to get a lot of interest in me; I got in the England set-up, and then my move to Newcastle happened at 14.

“It was a bit of a crazy one really, but something that my dad struck in me early was ‘if you’re going to do it, you might as well do it properly’, and that’s what I’ve always tried to do.”

His father certainly had a big influence on Freddie’s eventual becoming of a footballer, but probably not in the conventional way which you would imagine. 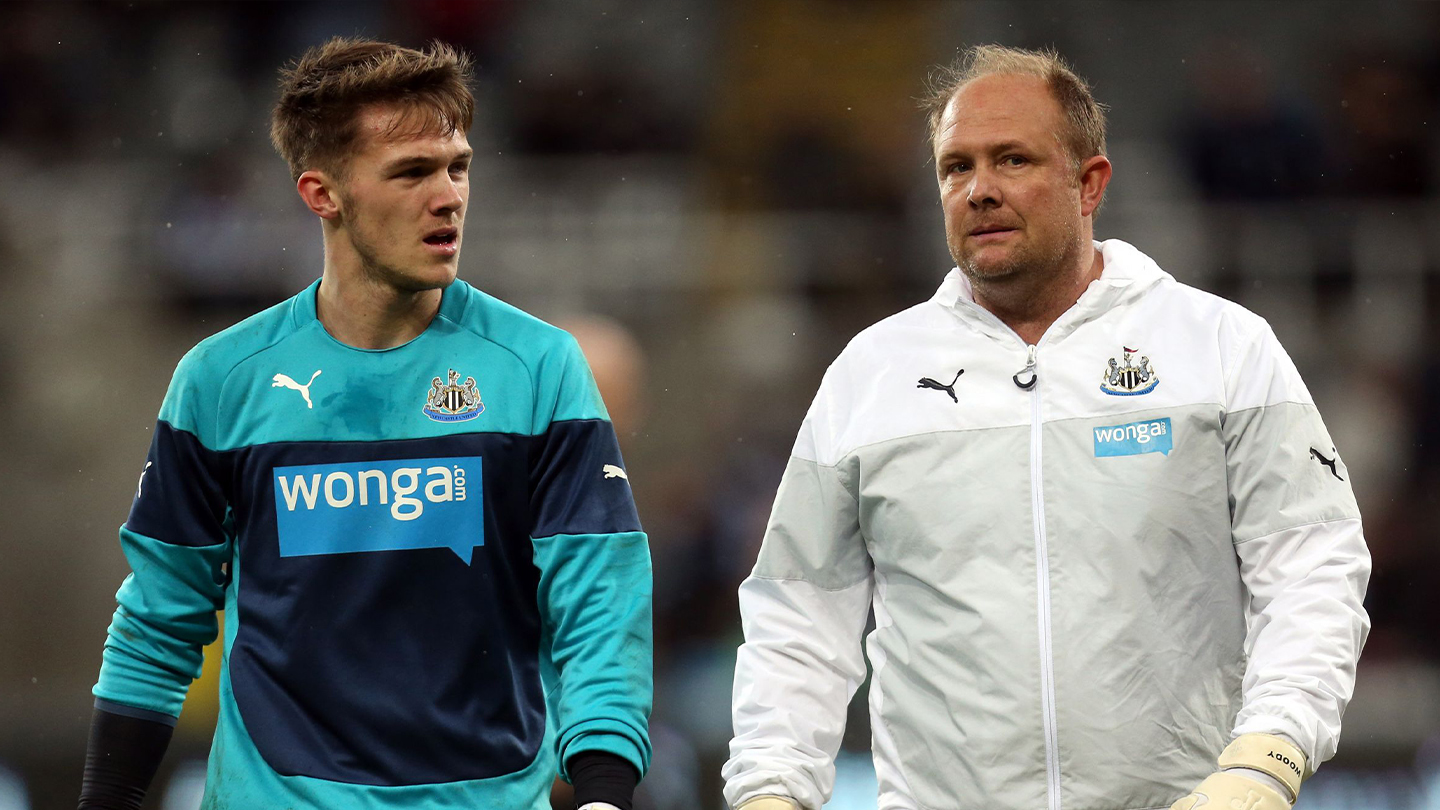 Freddie and his father, Andy, worked together at Newcastle United.

Andy tells a story about his son being born and quickly placing a ball in little Freddie’s hands, which brought the newborn to tears.

Growing up, Freddie would always go and watch as many of his father’s games as possible, and he was often a mainstay around the training ground too, even when he should have been at school.

“Funnily enough, if my dad took me and my sister to school, he would drop my sister off and I'd end up going into training with him.

“I’d just be around the training ground, sitting with the kit man from such a young age – I'm talking like nursery/reception age.

“My mum didn't find out until a couple of years ago when I said it in an interview,” he laughed, “but yeah, I knew it was a good day as long as my dad was taking us to school.

“I used to just love being around the training ground, just being around footballers, and the environment is just totally different from anything else really.”

It wasn’t just his dad who Freddie pays credit to, though, saying that all of his family have played a “massive part in his career”, and he genuinely believes he wouldn’t be where he is today without their support.

He has, however, had to get used to life away from them for pretty much the past decade.

His family did move up to Newcastle with him when that transfer came about at the age of 14, but he’s lived away from home since 17, with his parents now back south in Surrey. 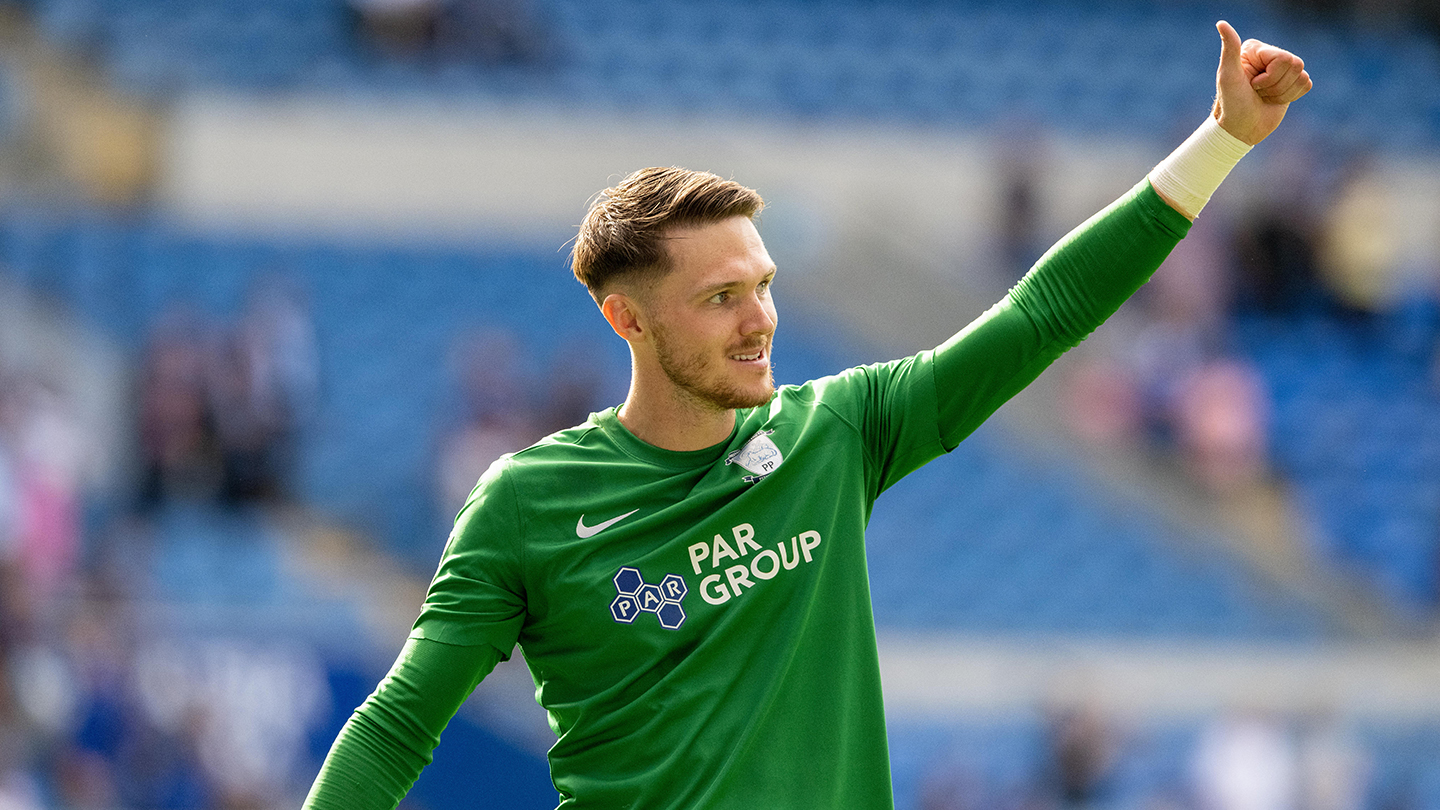 Freddie, now 25, has had difficult moments in his career – one in particular he recalls being 16 and having just snapped a ligament in his ankle, fearing for the future of his career.

It was at that stage where the goalkeeper was put in touch with someone, who started him on – what he called – a self-development journey.

“I always try to make myself a better human being with everything I do,” said Freddie.

“I really enjoy my reading and just anything that can help me try and get better as a person.

“I feel like it can correspond to me, you know, hopefully becoming a better footballer as well, but I just think if you can be a decent human being and always try to be a better human being then nine times out of ten it’s for the better.

“It helps the people around you: family, friends, everyone. If I'm on this journey, it's only going to make it more enjoyable for them.”

He’s brought that attitude with him to PNE, where he has taken no time at all to settle in.

Freddie puts that down to those around him – the staff and the players – for making him feel so welcome, and he will certainly feel wanted, given that the club’s interest in him goes back beyond the summer just gone.

He said: “You know, it's funny because obviously I came to Deepdale when I was at Bournemouth and we lost the game 2-1, but the manager [Ryan Lowe] and Marshy [Mike Marsh] gave me the heads up there to say they were interested in me. 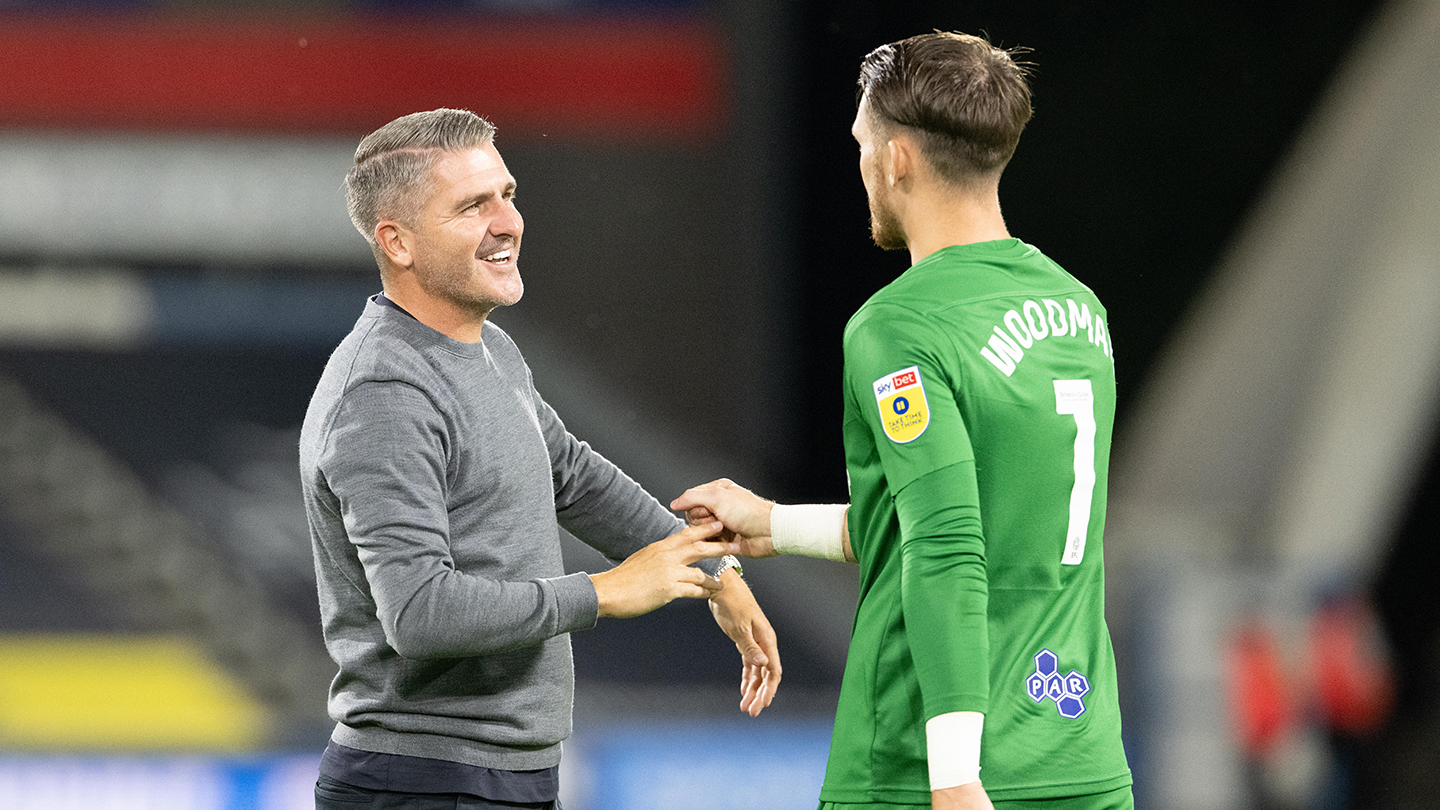 “Ever since then I've kept a close eye on Preston and I was really interested in coming here.

“I've said in many interviews, every time I went to Deepdale it was a tough game against tough opponents, so when the manager told me he wanted to sign me in the summer I was buzzing and I just wanted to get it done straightaway.

“I was on holiday at the time and I just rung my agent and my family and I just said ‘this is the one, we can drop everything else’.

“I just want to get this one sorted as quick as I can.”

His start to life at Deepdale arguably couldn't have been much better on a personal note, as he went on to quickly break records in the North End goal.

Freddie kept seven consecutive clean sheets to begin the Championship season, unsurprisingly helping the PNE defence to set a new club record as far as the start to a campaign was concerned.

“It’s always nice to break records and whatnot," he admitted, "but it’s more important we get the three points.

“Records don’t count for anything unless you’re winning football matches.”