Robbie Brady wants PNE to make a fast start to their busy October this weekend as they face Sunderland away from home.

Robbie Brady wants PNE to make a fast start to their busy October this weekend as they face Sunderland away from home.

Fresh from the international break, North End will head to the Stadium of Light for a 3pm kick-off to play the first of their eight games in the month.

The Black Cats have made a positive start to life back in the Championship following their long-awaited promotion, while a victory for North End would draw them level with Tony Mowbray’s side.

“Everyone knows it’s a busy period, so if you can get off to a good start it’ll be better for a bit of momentum, so we’ll be looking to put some points on the board come the weekend.

“I quite enjoy the games coming fast, it gives you less thinking time and we can just crack on with what we have to do.

“We’ll be preparing as best as we can for the upcoming games, starting with Sunderland at the weekend so we’ll go from there.” 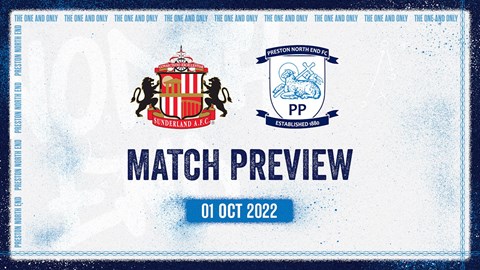 PNE are sat 15th in the table as we head into the weekend’s fixtures, although the league standings at this stage can of course be taken with a pinch of salt.

Robbie feels, however, that their points tally of 12 isn’t representative of the performances which they’ve put in, but he remains positive they will get their rewards.

“I think with the performances we’ve put in since the start of the season, we’re disappointed not to have more points,” he admitted.

“But things are going well. We’re training well and we’re doing everything right, and I’m sure a little bit of luck should change now with the performances we’re putting in, and hopefully we’ll put points on the board.

“You have to stay positive. It’s a long season, things can change within the space of a couple of games in this league. Everyone knows that.

“Once we keep our performances at a level, I’m sure the points will come.”

Robbie returned to Euxton on Thursday morning after spending the past week and a half on international duty with Republic of Ireland. 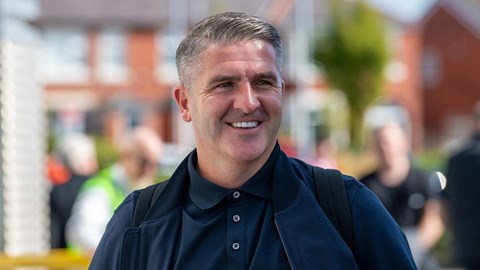 Receiving his first call-up since March 2021, the left wing back grabbed the opportunity with both hands, and ended up playing a crucial role in their 3-2 Nations League victory over Armenia.

He assisted John Egan’s opener and, after Michael Obafemi extended the lead, Armenia scored two shock goals to draw level, but Robbie stepped up in the first minute of stoppage time to win the game from the penalty spot.

He said: “It was really good. I enjoyed the week, enjoyed being back in [the squad] and we finished with a win which was good.

“We made it hard for ourselves in the space of about two or three minutes.

“We found ourselves at 2-2, but luckily enough we got the penalty at the end and managed to get the win, but I think we were dominant throughout the game so we deserved to win, but we had a bit of sloppiness.

“It was great to be back involved and to finish with a bit of a high was nice for me personally.”