Alan Browne is hoping the 3-1 home victory over Huddersfield Town in the Emirates FA Cup third round could be a turning point for PNE at Deepdale.

Alan Browne is hoping the 3-1 home victory over Huddersfield Town in the Emirates FA Cup third round could be a turning point for PNE at Deepdale.

North End sealed their place in the fourth round with a comeback win over the Terriers, with an own goal, a Bambo Diaby thunderbolt and a late Browne finish confirming progression.

It’s the first time Ryan Lowe’s men have won at home since the beginning of November and the club captain hopes the side can improve their fortunes at Deepdale in 2023.

He told iFollow PNE: “Especially at home we wanted to get a win because our record isn’t great.

“But you can see we really went for it with the team the gaffer put out and in the second half especially we wanted to get that win for ourselves and for the fans who come out in their numbers every week.

“We’ve let them down in recent weeks, but hopefully they’ll keep sticking with us and we can turn our home form around because if we can just improve that even in the slightest then it can take us right up the table.”

The skipper rounded off the scoring in the third round clash in the 85th minute, finishing past the goalkeeper on the end of a Ryan Ledson cross.

That is officially his first goal of the season in all competitions, however he feels he had one taken away from him in the home game against Millwall a couple of months ago.

Alan said: “After they gave my goal to Hughesy [Andrew Hughes], I don’t know how, but without that it’s been a long wait for it at club level.

“That’s something that I’ve had to my game over the years and I’ve lost that in recent times so to get back on the scoresheet today was good and it gave me a boost.

“Hopefully I can have plenty more in the new year.”

It’s been a much longer wait for a goal for Diaby – the game’s EPIC Risk Management man of the match – having not netted since December 2019.

What a goal it was, too, as the ball fell to him in the area and he rocketed it into the top corner to put North End ahead.

“It’s a great strike,” Browney added. “He got one of them in training yesterday so we were buzzing he replicated it again today.

“It’s been a long, long wait for him to get that goal and you can see how much it meant to him and the whole squad’s really buzzing for him.

“He’s worked his socks off to this point and he’s come in for a bit of criticism in the past but he deserves to be in the team, to keep his place and that goal just probably tops it off for him.

“I think he just needs to continue what he’s doing now and kick on from here.”

Watch the captain's full interview on iFollow PNE above. 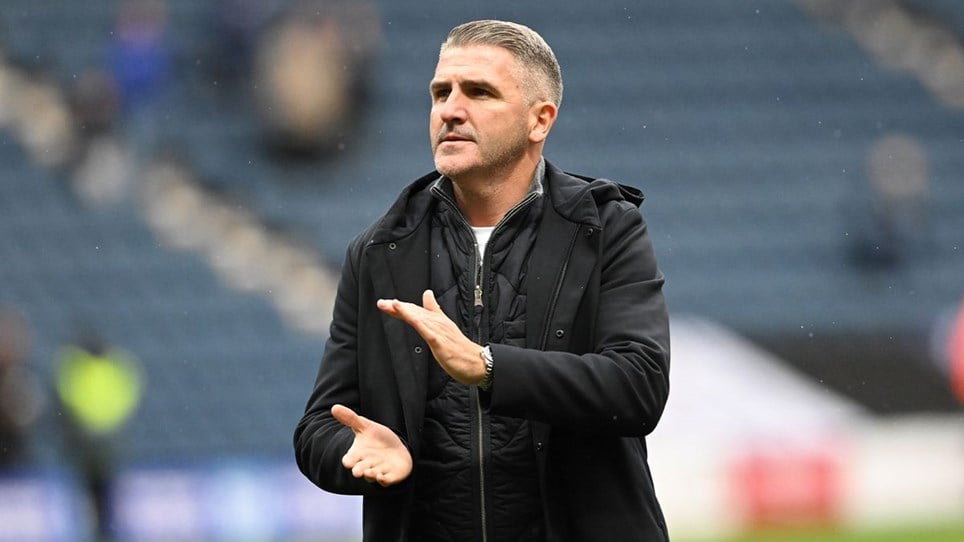